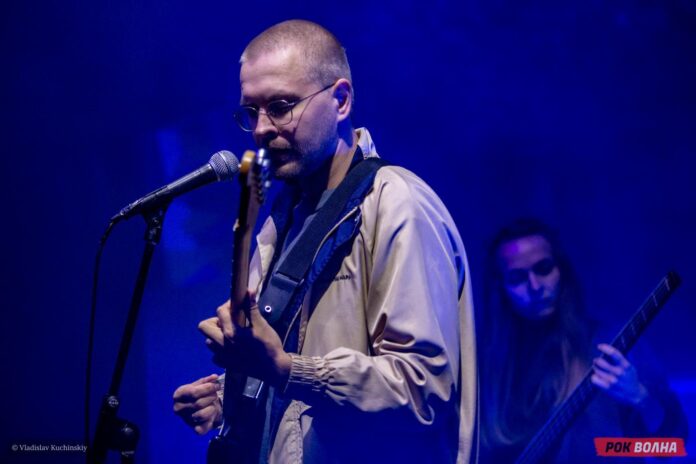 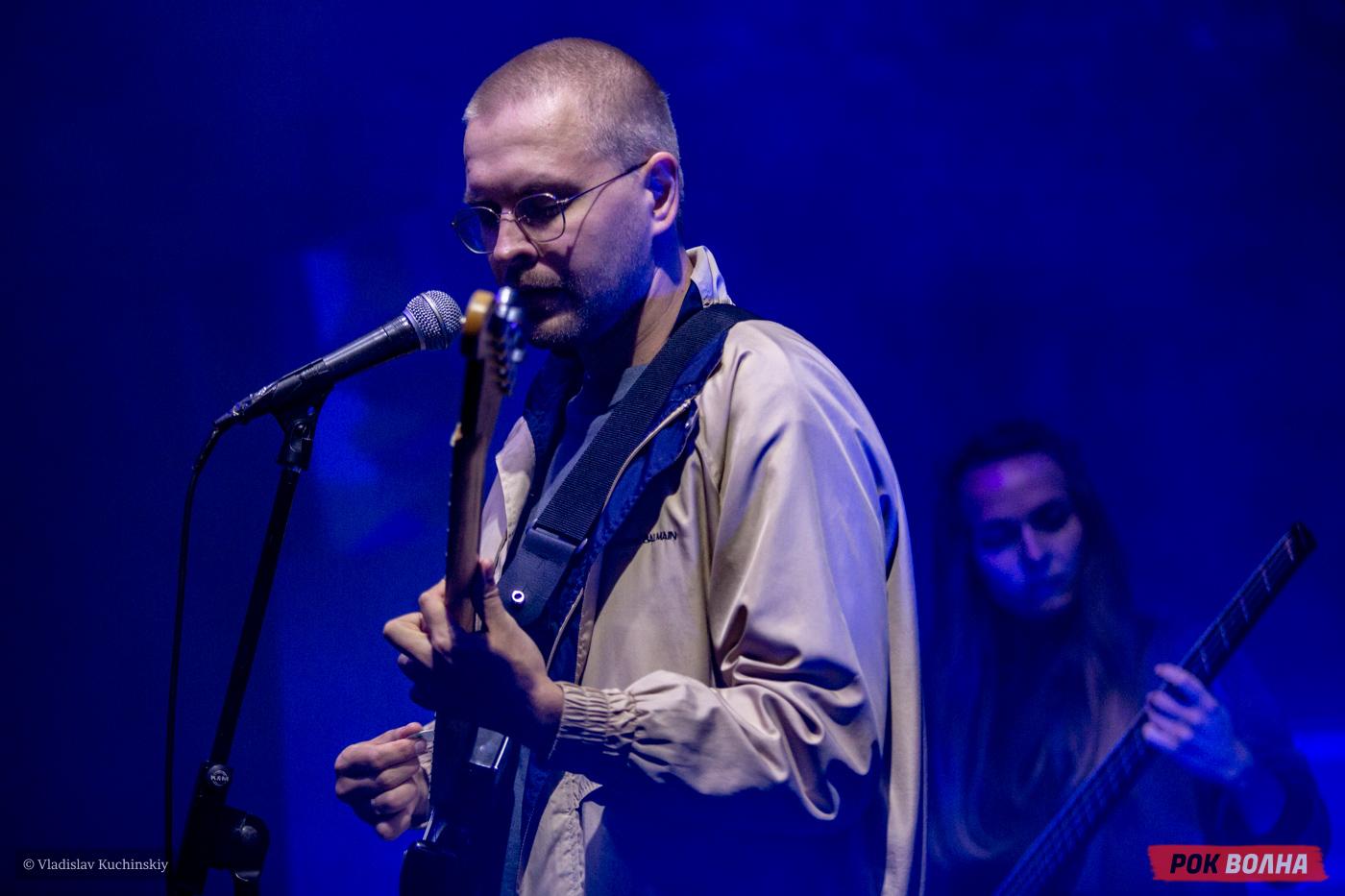 Despite their Russian origin, Motorama are more likely to be seen live beyond the borders of their motherland. Since their second album, Calendar, was released by French label Talitres in 2012, the band has been relentlessly touring abroad. Their concert in St. Petersburg seems to be the exception rather than the rule.

Initially arranged at Cosmonaut club, the gig eventually kicked off at K-30, an industrial art space occupying a former textile factory. The venue was chosen as a better alternative to the club due to current pandemic-related restrictions. Escaping from the notorious Petersburg rain, visitors stood inside the atrium enclosed with red brick walls and the stage. It is astonishing to see such a gathering in the country where the virus incidence rate is firmly lodged in the world top five. And one could count on the fingers of one hand all those wearing masks. Perhaps, COVID-19 is as illusionary as the ethereal reality created in the Motorama’s music…

Motorama explicitly refer to their British post-punk influences and Soviet/Russian background. Both are inextricably intertwined in songs that evoke strong nostalgic feelings in the minds and hearts of their audience. Quietly walking onstage before the background music was over, they gave shy smiles and, waving to fans, started the set with ‘Northern Seaside’, the first track from the debut album Alps, which was warmly received.

Hailing from Rostov-on-Don, the major port city in Southern Russia, the band members look unobtrusive but cool. The bass player Irene Parshina plucked her strings with calm confidence and grace as if she was playing a classical instrument. Following the post-punk code of conduct, the frontman Vladislav Parshin didn’t try to entertain his audience with any speechifying during breaks. And following his gaze wouldn’t find any object.

Fifteen years ago when the band was formed there were few names who would dare to take over a niche post-punk market in Russia. In so doing, Motorama became the second wave of music interpreters, this time combining a “Manchester sound” with the romanticism of the late 80’s Soviet punk scene and mysterious Russian folk harmonies.

The lyrics in ‘Heavy Waves’ seemed to confirm the idea that contemporary post-punk is a product of hauntology. Vladislav Parshin’s singing Goodbye future / I stayed in my memories / Goodbye future / I’m done with it resonated with those millennials present at the show.

Although the vocals and bassline in the song suggest a comparison with an American synth-pop trio Future Islands, Motorama’s music – as proved by the way these tracks were received – still presents a better alternative for the younger Russians.

For example, in ‘I See You’, intense vocals that sounded almost like Russian folk singing were often restrained by English-sounding phonetics. The folk element also evokes associations with Auktyon, a venerable alternative band who started their creative path in the late 70s. Seeing kids in their 20’s doing slamming during Motorama’s best-known numbers – such as ‘Wing in Her Hair’ and ‘Alps’, could have led older people present to recall agitated crowds at the gigs of famous Soviet post-punkers.

While the pummeling drums were gently accentuated by the raindrops falling on the transparent atrium’s roof, it was hard not to ponder about the generation gap and the perception of time. Do younger fans feel wistful when listening to this music? If so, it’s probably the longing for that invisible portal into the dreamy past, defined by the belief in the brighter future. One of the versions of that past is encapsulated in concrete forms of brutalist buildings, depicted on Soviet postcards and often heard in Motorama’s songs.