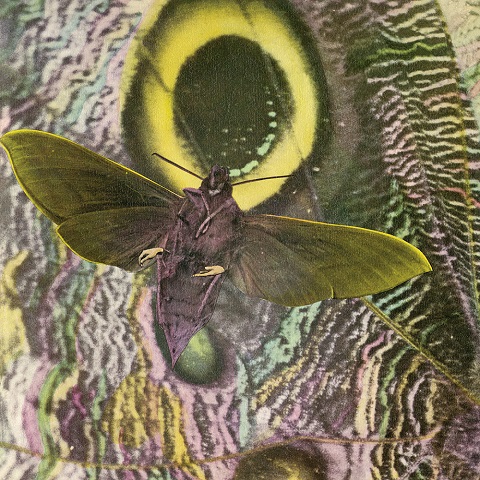 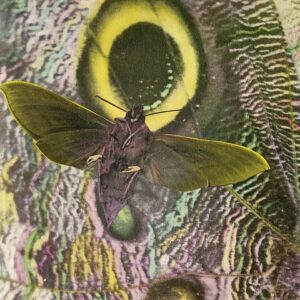 The Mothmen’s membership reads like a who’s-who of Manchester musical culture as they contained members of groups like Alberto Y Lost Trios Paranois, The Durutti Column, Suns Of Arqa and, um, Simply Red. Their mix of dub, jazz, psych and blues was an obvious fit for the then fledgling On-U Sound label and Pay Attention! was the label’s second ever release.

You can instantly see why On–U Sound saw the band as a fit for their vision as they proved a very difficult band to categorize and played outsider music for outsider people. So, as we revisit Pay Attention! we have to ask ourselves, is it worth it? Is this long-lost album deserving of reappraisal and the reissue treatment? Does it hold up now 25 years after initial release? Well, the honest answer is it does…and it doesn’t.

Pay Attention! certainly contains moments of magic which can excite and terrify, but there are also some, admittedly only a few, moments that make you see why they never quite made it like their contemporaries The Pop Group or P.i.L.

Thankfully, the weaker moments of the LP are at the front so whilst the brief dub heavy opener Afghan Farmer Driving Cattle, and second track Animal Animaux (a song that basically says “look at us we’ve been listening to Captain Beefheart and Devo.”) are inoffensive but not really that exciting, the album soon opens out and gains strength and attitude. These changes occur subtlety, as we are thrown into the choppy time-signatures and relatively catchy vocals of Not Moving, a track that shares a kinship with early Adam and the Ants but has enough of its own personality not be seen as copyist (the bands being around the same time would inevitably bring comparisons).

Pay Attention! then decides to go up a gear with the skronk-sax twist of Factory/Teapoint/Factory, a song that manages to succinctly capture the disorientating feel of factory work and the white noise, babble, and sense of chaos that one is smothered in when working in such environments.

It is then that we are shown another glimmer of what went into the DNA of The Mothmen as their fondness for 60’s psych emerges on Please Let Go a full blown Syd-era Floyd / Cream submerged blues rocker that rolls along nicely. This love of 60’s psych is also writ-large over the rest of the album, especially its bonus tracks Change Direction, Does It Matter Irene? (the highlight of the bonus material) and their cover of Syd’s heartbreaking, self-analysis Vegetable Man.

Returning to the main album and we are soon hitting pay-dirt with Tardis (Sweep Is Dead, Long Live Sweep) which insidiously marches into life with a low in the mix drum pattern that keeps you anchored whilst the sax sprays its paint across the tribal canvas. Then the real magic happens as we are thrown into the world of Mothman. To say this is the best thing on the album would be doing the song a disservice as it would be the best thing on many albums. Over its 20 minutes running time, we are hypnotized into a world of dark shadows and even darker magic. The rhythmic nature of Mothman lets you lock in and lets the world around you melt away until it is just you, the band and your deepest most secrets and dreams. A masterclass in tension building and restraint, Mothman delivers in all aspects making it a strong contender for one of the best songs released during this period of UK music. They obviously loved their Can and Faust but the band manage to, on Mothman, refrain from the copyist nature that earlier songs on the album displayed all to obviously.

Pay Attention! is a very very good album and whilst it doesn’t quite manage to reach the harder-edged majesty of The Pop Group and isn’t quite as subversive as P.i.L they manage to have enough in their locker to make the trip worthwhile. Production is, as to be expected of an On-U Sound release, excellent and the rhythymn section shine throughout, so don’t dismiss this album. Let it seep into you, lose yourself within its alt-universe and definitely, Pay Attention!!!!