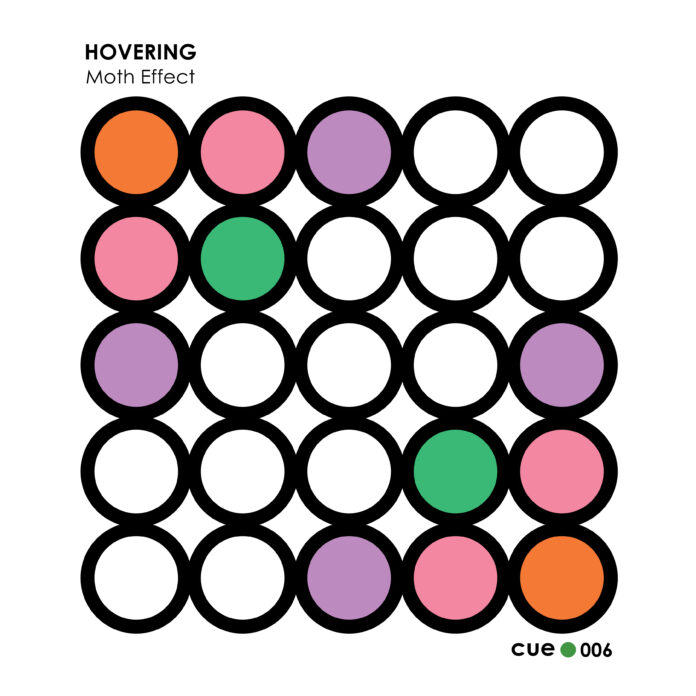 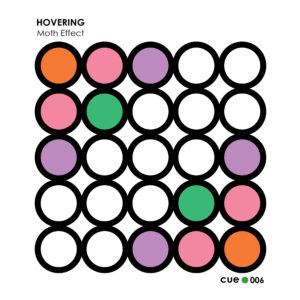 With Hovering, Moth Effect has crafted an intelligent and bold album, one that wonderfully fuses psych, electronica, space-rock and kosmische. Ultimately though, at its core this is a pop record and a damn good one at that. Louder Than War’s Gordon Rutherford reviews.

One should never judge a book by its cover. The blurb that accompanies this album upon its release will make reference to drone music. Now, I love a bit of drone, more than the next man, I’d say. But I’m not convinced that this is drone. No siree. This is pure, unadulterated pop music, so much so that in another era, the man behind Moth Effect, Andy Le Gresley, could successfully apply for employment in the Brill Building. I concede, it’s a very cerebral form of pop music, it’s smarter than a magpie just out of Harvard, and it leans heavily on kosmische, but when you strip it all down, Hovering is nine songs which are choc-full of super-catchy melodies and danceable beats. Ergo, pop.

Sussex-based Le Gresley is now on to his third album under the Moth Effect moniker, with Hovering following 2015’s Crocodilians and last year’s Working From Drone, a collection for the nation’s rapidly growing population of home workers. This particular release comes out on the consistently brilliant Cue Dot label, which is rapidly becoming a kitemark for electronic-centric music. By his own admission, Le Gresley has a deep passion for all things kosmische, a zeal that is clearly evident when you listen to Hovering. The spirits of Can and Neu! are hovering (pardon me) in the wings, nodding approvingly. But there are so many other influences, many more accessible than those Krautrock pioneers, littered throughout this excellent album.

The first of these influences is evident from the album’s opener and title track. It’s a massive soundscape with driving guitar chords interspersed with exhilarating electronic lines. Mogwai, anyone? What an introduction to the collection and the standard is maintained with the following track. Shader is a vintage synth-pop banger with an outstanding hook, perfectly showcasing Le Gresley’s incredible ear for a melody. It feels big, almost cinematic, like a hymn to industrialisation and commerce. If this song were a city it would be Frankfurt. Listening to it, I was reminded of those great early Simple Minds instrumentals, long before they got delusions of grandeur.

Soft Darts is dominated by a sexy, spongy bassline and is followed by Hot Chocolate II. If this is number two, I’d love to hear number one. Hot Chocolate? More like Hot Chip. Actually, Hot Chip meets Giorgio Moroder. Once again, Moth Effect delivers the goods with this incredibly accessible tune that is completely at home on the dance floor. And on it goes with Summer 99, which is introduced by an incredible bass line. Guitars fuse with electronic keys as layer builds upon layer, with increasing complexity and catchiness. This one is like John Foxx era Ultravox. I’m conscious that I am continually referencing bands from the seventies and eighties, but I must stress that whilst those influences are clearly evident, this is a totally modern record. This is categorically a Moth Effect album, not some tribute act, and it feels completely at home in 2021. Le Gresley is far too talented to fall into the trap of becoming kitsch or overly retro, as so many artists do when trying to emulate that period.

We now arrive at the album’s stand-out track. You And Me Forever really is quite something else. It begins with a bass line that is straight out of Motown. Seriously, had Berry Gordy heard this he would have bought the rights to that line in a heartbeat and created a tune that dominated the airwaves for months. Moments later, something that I initially assumed was a vocal sample is introduced. Upon investigation, I learned that this was actually a field recording of a couple arguing about a fan in the midst of a heatwave. How bold. How innovative. To have the ingenuity to record something that most of us would deem mundane and then to cut pieces up and utilise them on a record demonstrates incredible levels of imagination. Then again, this entire album oozes imagination and creativity. It is littered with what Le Gresley refers to as ‘found sounds’. As You And Me Forever unfolds, it expands and magnifies, filling the room with glorious waves of sound. And that bassline just keeps on keeping on.

From there, it’s into the cooler, electronic-focused More Work. Perhaps this track suffers from following You And Me Forever. Maybe the fact that it precedes the outstanding When The Bloom Is Off The Rose (wait for it) hampers it. Either way, it doesn’t feel as strong. So, to When The Bloom Is Off The Rose. I realise I am running the risk of repeating myself when I talk again about a compelling bassline intro. As the giant warns Cooper in Twin Peaks, “it is happening again”. And the penny drops. Le Gresley writes phenomenal bass lines. They are not extravagant, nor full of flourishes. But they are as memorable as hell and they unfailingly succeed in nailing the rest of the track down. Over the bass comes droplets of keys. Then comes the core riff which is totally evocative of that two-note riff played by Hendrix at the very beginning of Purple Haze. Halfway through the track guitars are heard crying in the distance. They approach and twang appreciatively, bringing a sense of Americana. There are no boundaries or limitations for Moth Effect and that’s a really admirable trait. Closing track Sweet Home could’ve been one of the comedown tracks on Screamadelica. There is something about it, in the opening sequence, that evokes Inner Flight. It’s melodic and less highly charged and it’s a neat closer to a very strong album.

Hovering is a very, very good record. It is full of superbly crafted songs that are catchier than they have any right to be. Yes, it’s spacey and psychedelic and unquestionably kosmische. It’s also very bold and innovative, brilliantly composed, played and produced. But, at its very heart, it is pop music. And that’s just fine.

Hovering is available (digital or CD) on Bandcamp.