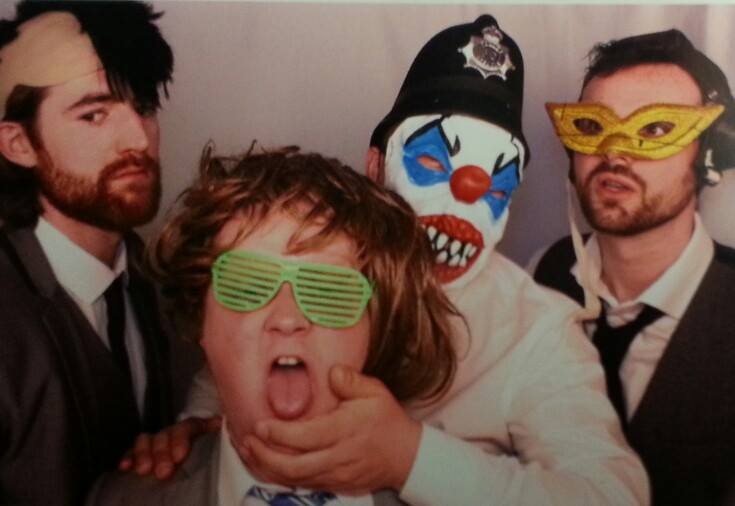 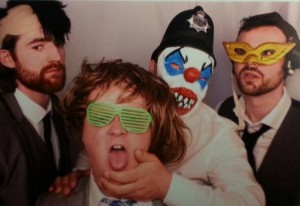 As Mad Vlad Putin whips off his shirt and plots his next expansionist move, Stoke’s own Muscovites have launched a preemptive strike with their second EP, Pack Animals. Their workouts have clearly been more effective than those of the Russian Premier and this terrific quartet of songs absolutely delivers on the enormous promise of last year’s debut, Hell Fire.

There’s more confidence, more swagger and just more…noise. The fundamentals haven’t changed, you’ll be pleased to hear. Moscow still exemplify what a rock and roll band should sound like at this late stage in proceedings. They’ve learned from the masters and it’s not hard to trace the influence of, among others, Screamin’ Jay Hawkins, The Clash, Mudhoney and, yep, Goldblade. That is to say they’ve kept all the good bits of rock and roll and thrown away the fat and the second-rate. They get compared to the decidedly first-rate Joy Division rather a lot, although I’ve always thought this must have more to do with Nic Andrews’ doomy baritone than anything else. They certainly don’t deal in post-punk minimalism, less so now than ever. The tension is still there, for sure, wound up to perfection before each explosive chorus, but essentially this is cathartic, extroverted rock music and it sounds fucking great.

The title track has been a live stand-out for some time and I’m thrilled that it’s been captured so powerfully here. The verses build like an old U2 song. Wait! Come back! I just mean that neat harmonic guitar sound they used to have before it all went so horribly wrong. Don’t worry, Moscow aren’t about to jump on horseback and start waving flags in the snow. They leave all that to mad old topless Putin. Anyway, to invoke Ian Curtis for the very last time, Nic’s throat-ripping performance during the sensational Pack Animals finale is every bit as startling as that of Macclesfield’s top light entertainer on the Still version of New Dawn Fades. That’s some recommendation. This chorus will be in your head for weeks, I swear.

As if to emphasise the band’s magpie instincts and collective good taste, the following Out of Time is based around a stomping glam drumbeat and some more of those harmonics. It gleefully tumbles in and out of another epic chorus, something that’s fast becoming the Moscow trademark. Killing Hope comes next and some great backing vocals add another dimension to what’s already a mightily punchy track. Absolute wall-of-sound guitars. Speaking of which, the closing Truth Vibration is completely awash with the things, and also boasts a tremendous woah-woah-woah singalong bit. Something we don’t hear enough of in these overly self-conscious times.

Hats off again to the local UTC studios who’ve upped Moscow’s game production-wise here.  I didn’t think they could wring much more sound out of these boys than on Hell Fire but, blow me down, they have. Not so much a garage band now as trackside at Brand’s Hatch. Hear them roar.

~
You can download Pack Animals for a mere £3 (although you’ll find it’s worth far more) here and watch the great video here.

Review by Glenn Airey. You can find more of Glenn’s writing for Louder Than War here or tweet him sweet nothings/dog’s abuse @GlennAirey.