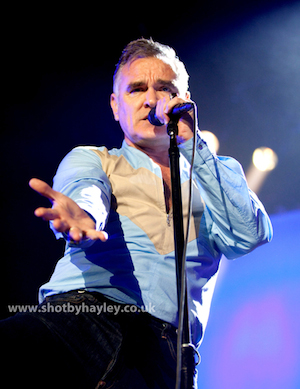 In a frenzy of typing Morrissey is to follow up his controversial Autobiography with a novel – we wonder if he will call it ‘Novel’.

In a question and answer session with fans on his official fan site, True To You. Morrissey answered a question froma fan asking if he would write another book with…

“In 2013 I published my Autobiography and it has been more successful than any record I have ever released, so, yes, I am mid-way through my novel. I have my hopes. The actuality is that radio stations will not play my music, and the majority of people have lost faith in the music industry, and it’s generally assumed – quite rightly – that the number one chart positions are “bought” by the major labels, so there really is no passion left in pop or rock music, and I don’t think people believe for an instant that the faces we constantly see on television and in magazines are remotely popular.”

It’s an interesting answer and pretty damning of modern radio where alternative has been watered down to Coldplay and even Mr. Morrissey can’t get played- the fat controllers maybe feeling that anything to the left of Keane will terrify their listeners.

But fear not this has not stopped Morrissey from getting back into the studio and finally recording his new album- “Well, we are about to record our new album, and one of the tracks is called ‘Istanbul’. It is second to Rome as my most favorite city in the world. When I’m in Istanbul I feel as if I could never die. My life is matched.”

We know what you mean mate- it’s one of Louder Than War’s favourite cities as well.