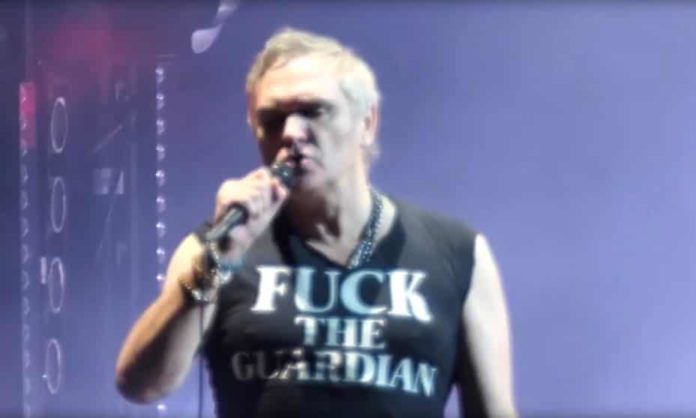 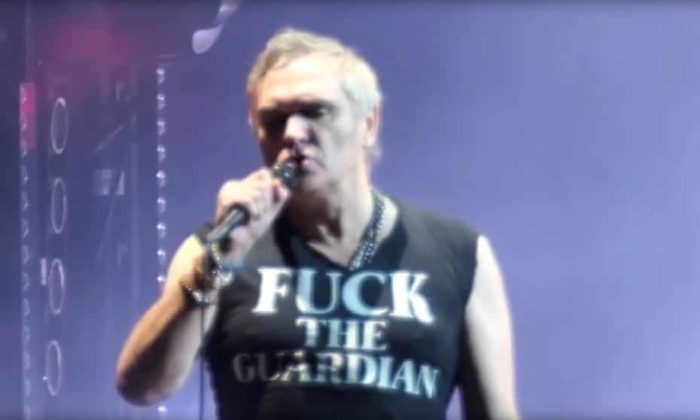 Morrissey has further alienated his former fan base by continuing down his current road by wearing a ‘fuck the Guardian’ t shirt at his recent LA gig. (read Louder Than War’s ‘open letter to Morrissey‘ )

The former Smiths singer and style icon wore the shirt, weeks after he described this newspaper as “the voice of all that is wrong and sad about modern Britain”.

The 60-year-old singer, who has repeatedly expressed support for the far-right party For Britain, has increasingly been lashing out at the Guardian in recent months.

Writing on his personal website in May, Morrissey claimed he was the victim of an “inexhaustible hate campaign” by the Guardian, imploring his supporters: “Please do not buy this wretched hate-paper, whose every 2019 utterance echoes the late Mary Whitehouse.”