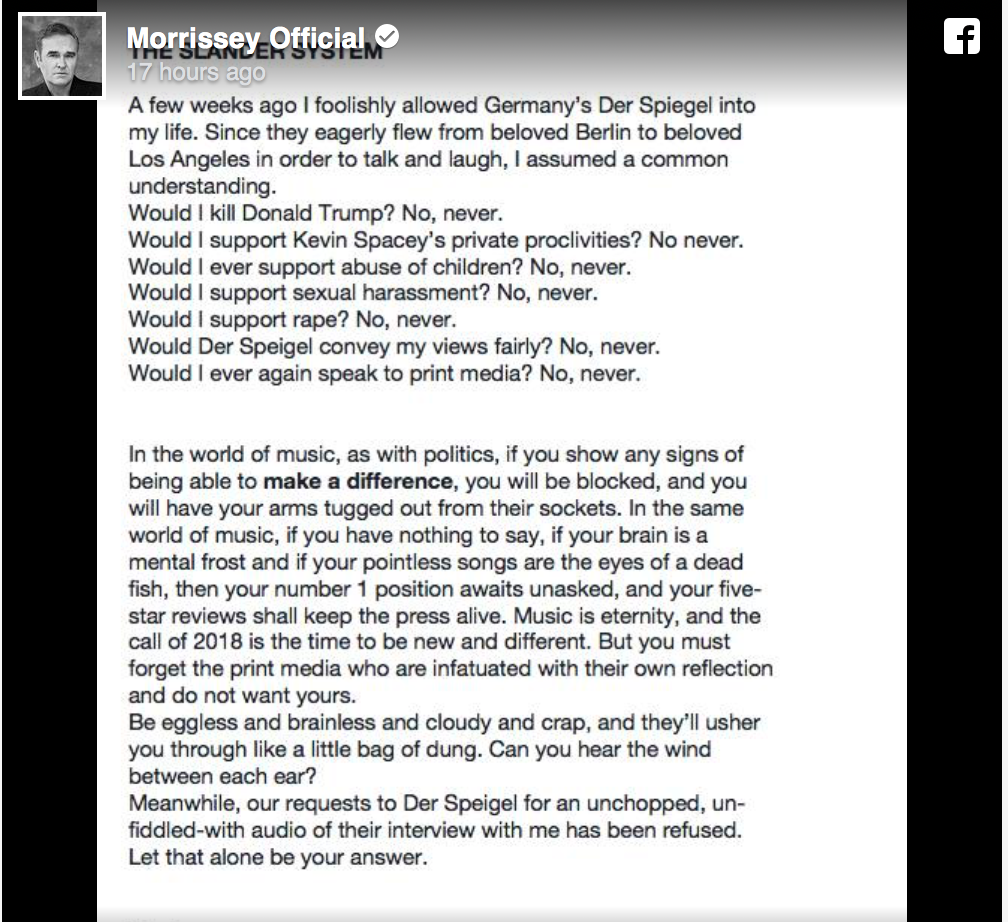 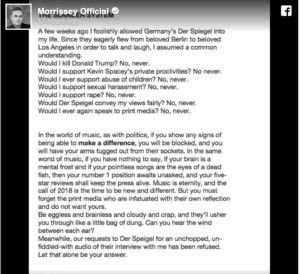 Morrissey has been in hot water recently after several contentious interviews – the last straw for many was a piece in German magazine Das Spiegal where he was quoted as saying he would kill the US President, while also reportedly claiming The West Wing actor was “needlessly attacked” over sexual harassment claims.. Now the singer has taken to social media to address his recent interview and reaffirm his promise to never speak to print media again. Morrissey has released an official statement following reports he’d made controversial comments about the likes of Donald Trump and Kevin Spacey.

“A few weeks ago I foolishly allowed Germany’s Der Spiegel into my life. Since they eagerly flew from beloved Berlin to beloved Los Angeles in order to talk and laugh, I assumed a common understanding.

In the world of music, as with politics, if you show any signs of being able to make a difference, you will be blocked, and you will have your arms tugged out from their sockets. In the same world of music, if you have nothing to say, if your brain is a mental frost and if your pointless songs are the eyes of a dead fish, then your number 1 position awaits unasked, and your five-star reviews shall keep the press alive. Music is eternity, and the call of 2018 is the time to be new and different. But you must forget the print media who are infatuated with their own reflection and do not want yours.

Be eggless and brainless and cloudy and crap, and they’ll usher you through like a little bag of dung. Can you hear the wind between each ear?

Meanwhile, our requests to Der Speigel for un-chopped, un fiddled with audio of their interview with me has been refused. Let that alone be your answer.”