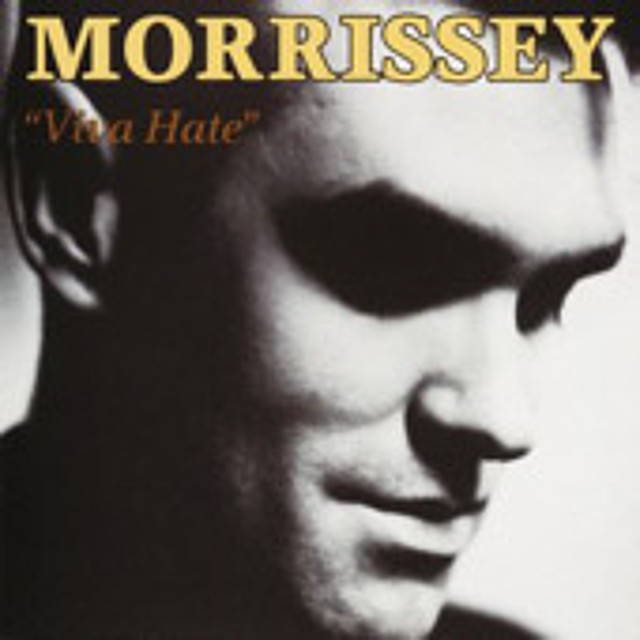 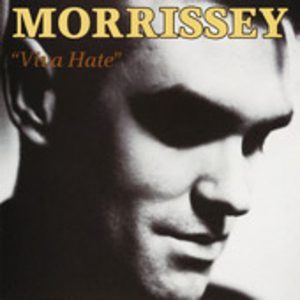 EMI are pleased to announce, with Morrissey’s full co-operation, the release through the classic Liberty label a remastered version of his debut album ‘Viva Hate’, and limited edition Record Store Day Sparks’ remix of his debut single ”ËœSuedehead (Mael Mix)’.

Upon its release in 1988, Viva Hate announced to the world Morrissey’s debut as a solo artist with an outstanding collection of songs which included the singles ”ËœSuedehead’ and ”ËœEveryday Is Like Sunday’. The album charted at no.1, having a chart stay of 20 weeks between March and August 1988, vindicating Morrissey in the face of those whom doubted his ability to transcend The Smiths.

The album has now been remastered by original producer Stephen Street and the artwork ”â€œ whose photo was changed for an EMI centenary edition in 1997 – has had the original photo restored. In addition, it features ”ËœTreat Me Like A Human Being’, which replaces ”ËœOrdinary Boys’, and a written introduction from Morrissey’s long-time confidant Chrissie Hynde.

Directing the artwork for the album and single, Morrissey has chosen a selection of very rare ”â€œ in some instances, previously unseen ”â€œ stunning photos from Jake Walters and Kevin Cummins to adorn the sleeves and booklet. The album will be available on CD and vinyl. The LP version will be a 180g heavyweight, gatefold vinyl, housed in a wide-spine sleeve with a pull-out poster. The CD will be housed in a gatefold, card sleeve.

Following the album’s release, on April 23rd Morrissey will release a limited edition 10-inch picture disc (Kevin Cummins’ photo) of ”ËœSuedehead (Mael Mix)’, a remix of the song by Sparks, who have taken the track and given it their distinctive, inimitable touch: the perfect alliance between two artists whom have great admiration for each other.

The single will be b/w two previously unreleased BBC live tracks: ”ËœWe’ll Let You Know’ and ”ËœNow My Heart Is Full’, recorded at London’s Theatre Royal, Drury Lane in February 1995.