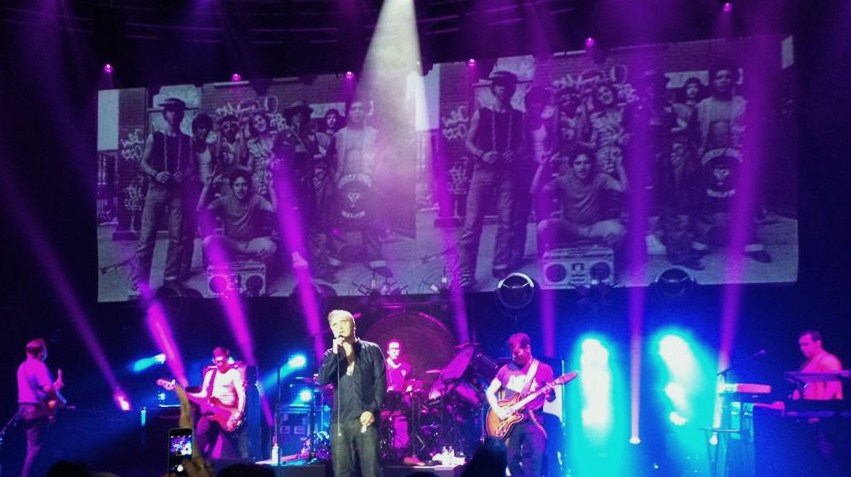 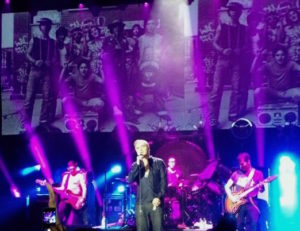 It’s almost as if The MozFather was deliberately trying to test his audience. The whopping great ticket price meant a less-than-capacity turn-out, and his set was far from a crowd-pleasing run-through of the hits. And only a couple of Smiths songs: very different from the last time he played at this venue, in 2011.

But never mind all that, because a couple of major points became abundantly clear: Morrissey is in fine form, with the same powerful voice and incredible vocal range, and he is very much the man he’s always been, with an uncompromising passion. His vocals were pushed right up in the mix, coming through loud and clear, with every word cutting through. Age has not mellowed him, nor has it made him lazy. His most recent album, World Peace is None of Your Business is his most musically adventurous yet, with quirky arrangements which you may assume would be difficult to recreate live- but you would be wrong! The same band that made that album play live with him, many members of which have been with him for a number of years, including the ever-faithful guitarist, Boz Boorer. And the songs came across confidently:  all the highs and lows and subtleties of the songs shining through wonderfully.

They opened with Suedehead, which got a massive sing-along by the entire crowd, but it would be a while before any more “obvious” songs, which were few and far between. The set-list was clearly aimed at the die-hards, not casual fans, focusing mainly on album tracks (including 7 from World Peace…), and lesser-known singles (Alma Matters). No Irish Blood, no First of the Gang to Die and the only Smiths songs were What She Said and Meat Is Murder. During the latter, disturbing video footage of animal abuse, torture and the horrific and barbaric ways in which animals are killed for meat was projected behind the band, ending with the caption: “What’s your excuse now?” Good for him. A video of extreme police brutality and unprovoked violence was also shown during another song, after which he said: “It’s all legal”. Heartbreaking and intense. We live in times when mainstream musicians avoid real issues, and here is an artist with a huge following who still uses his platform to express his views. He says it best himself in The World is Full of Crashing Bores, which was sadly missing tonight: “Lock-jawed pop-stars, thicker than pig-shit, nothing to convey. So scared to show intelligence, it might smear their lovely career”. Ultimate respect to Morrissey for refusing to back down after all these years. His no-compromise attitude is pure punk rock, as is his refusal to give a flying fuck what anybody else thinks.

Yes, it would have been a more enjoyable show if he had played There is a Light That Never Goes Out, instead of Will Never Marry, or You Have Killed Me, rather than I Will See You in Far-Off places, but again, respect to him for doing what he wants. I left wanting more. Much more. And that’s a good thing.