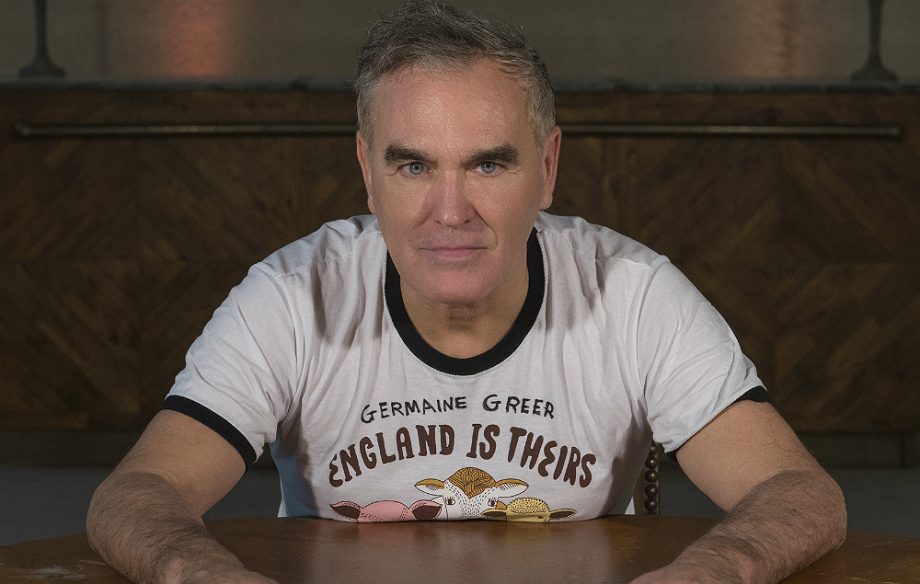 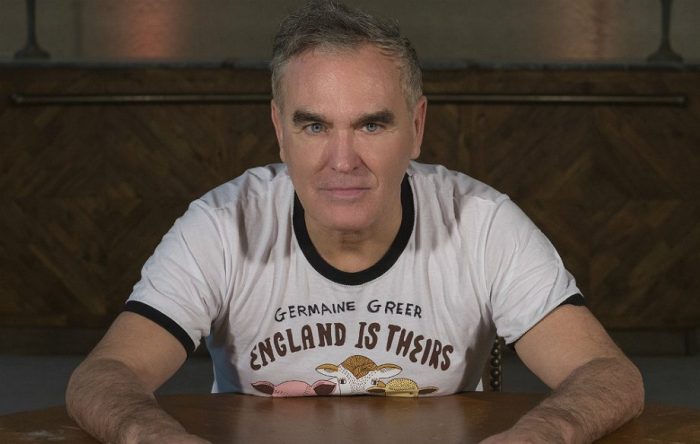 “Without ever having been particularly left-wing” wrote Alan Bennett three years ago, “I am happy never to have trod that dreary safari from left to right which generally comes with age, a trip writers in particular seem drawn to, Amis, Osborne, Larkin, Iris Murdoch all ending up at the spectrum’s crusty and clichéd end.” To this roll call, Bennett could also have added his onetime Camden neighbour, Morrissey. Whilst accusations of racism have, often unfairly, pursued Morrissey throughout his career, his pronouncements over the last few years have left little room for ambiguity. He has made positive noises about Marine Le Pen and Nigel Farage. He blamed the horrific Manchester Arena attack on Theresa May’s immigration policies (the murderer, like Morrissey, was born to immigrant parents in South Manchester). He falsely claimed that Sadiq Khan would not condemn Islamic State. And appearing on 6Music earlier this year, he bemused daytime radio listeners the depth and breadth of the UK by offering his theory that UKIP’s leadership election was rigged against the (profoundly anti-Islam) candidate Anne-Marie Waters. Thus, you can forgive my trepidation on reading that Low in High School, Morrissey’s 11th studio album, would be his most political yet.

It’s easy to forget the extent to which world affairs – animals and the Queen aside – left Morrissey unconcerned. Continuing the steady shift that was apparent on 2014’s World Peace is None of Your Business, there are more explicitly political tracks on this record than in the first two decades of his solo career put together. But where that album was sparkling and much underappreciated (almost impressively, Morrissey fell out with label Harvest during the album’s promotion period), Low in High School is a record with little of the same insight, depth or variety – instead, it’s characterised by a deficit of ideas.

At the end of World Peace is None of Your Business, we left Morrissey jangling the chains of Dublin’s Mountjoy prison and reflecting on his own mortality. And where do we find him now? Raging against the fake news and the crooked media, in the album’s opening lyrics that sound even more clunky than they scan: “Teach your kids to recognise and despise all the propaganda / filtered down by the dead echelons mainstream media.” What’s making Morrissey grate again? Thankfully the track in question, My Love I’d Do Anything For You, is otherwise one of the album’s clear highlights – a glam racket with much of the same greasy stomp of 1992’s ‘Your Arsenal’ record. The title of ‘I Wish You Lonely’ may appear from the Random Morrissey Generator, but it’s a catchy and modern take on Magazine with its pulsating and fizzing synths. Similarly, Jacky’s Only Happy When She’s Up on the Stage is a delight with a brilliant moment of meta-commentary on his own career: “Scene Two, everyone who comes must go! Scene Four, blacker than ever before! Scene six, this country is making me sick!”. An enjoyable burst of self-awareness in an album that, otherwise, is thin on the ground with such reflection.

For Morrissey’s band – headed by musical director of twenty five years, Boz Boorer and as well as musicians like Jesse Tobias and Gustavo Manzur who have been with him over a decade – there’s multiple triumphs on this record. Where 2009’s Years of Refusal was an exercise is clunky US rock guitars, now the band are able to craft a real sonic language for the throbbing neuroses of Morrissey’s lyrics. It’s a less straightforwardly pretty record than World Peace is None of Your Business, but it does continue that album’s intriguing dalliance with bossa nova and flamenco. More than this, the chugging, gothic rock opera of ‘I Bury the Living’ could be one of the most ambitious moments in the late Morrissey catalogue. Instead, his satire of a soldier – characterised here as thick and violent – is limp and ill-targeted. Morrissey was once able to write with fluency about the contradictions of tough guy machismo, instead the refrain here of ‘honour-mad cannon fodder’ feels a little Sixth Form. It’s a theme that re-emerges later in the record as Morrissey asks ‘what do you think all these armies are for? It’s just because the land weeps oil’.

This speaks to the main flaw of Low in High School – Morrissey is clearly a seasoned provocateur, but unusually the album suffers from a real dearth of things to say. War is bad, government is bad, armies are very bad; the same tropes re-emerge constantly through the album but without proper exploration. Ideas often surface without being followed through – the Arab Spring appears, but then fades into a mere backdrop for loneliness and oral sex (the album’s other great theme). Spent the Day In Bed – the album’s lead single – works because it more successfully fuses the personal and the political, where something like In Your Lap is unfocused and lumpen. Much better, as always, is Morrissey is on his star subject – himself. Home is a Question Mark is by some distance the best track on ‘Low in High School’ – this is confessional, after-hours Morrissey and it builds to a gorgeous final vocal soar.

Perhaps the most remarked upon aspect of ‘Low in High School’ has been its focus on Israel – and it’s apparent that Morrissey has been spending some time there since being awarded the freedom of Tel Aviv in a 2012 ceremony. Be it the humdrum towns of the 80s North, giddy London in the 90s or LA and Italy in the 00s, some of the most interesting twists in Morrissey’s career arc have been provided by finding inspiration in geography. And make no mistake, Low in High School is every bit as coloured by Israel as Ringleader of the Tormentors was with Rome. Both The Girl From Tel Aviv Who Wouldn’t Kneel – the title an apparent reference to the work of celebrated diarist Etty Hillesum, who died in the Shoah – and When You Open Your Legs are set in Israel. In the latter, we find Morrissey stumbling out of a Tel Aviv nightclub at 4am seemingly en route to a booty call.

But it’s on piano-led torch song Israel, which closes the album, that we get the heart-on-sleeve moment about (gulp) the Middle East peace process: ‘In other climes they bitch and whine / just because you’re not like them / Israel…the sky is dark for many others / they want it dark for you as well’. Without any desire to relay in the Israel/Palestine conflict in the middle of an album review (for the internet is a terrible enough place as it is), there is a real inconsistency with how waspishly Morrissey puts down those who oppose Israel and his own seven minute condemnation of militarism just a few tracks earlier. Of course it is absolutely Morrissey’s right to take a side – indeed, if anything more detail on this in the track would have been fascinating – but his sledgehammer approach feels artistically disappointing and only highlights the extent to which his writing has become a nuance-free zone.

Whilst Low in High School does have moments that work, there are plenty more false starts and moments that infuriate. Not yet sixty, and clearly looking outwards to the world, there’s no reason why Morrissey shouldn’t be writing as sharply as ever. Instead, we’re left with a record bereft of any of the punch in the gut moments that remind you quite how powerful the man can still be. For next time? More introspection, and a little less InfoWars.

Low in High School is released on 17th November on BMG
Available on double-vinyl, CD, download and limited edition cassette