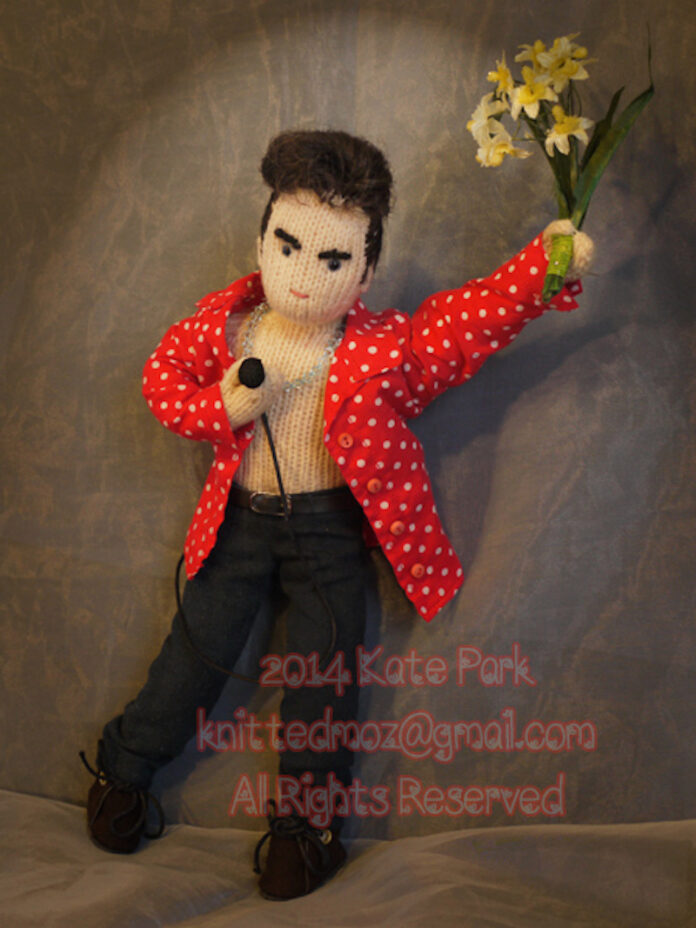 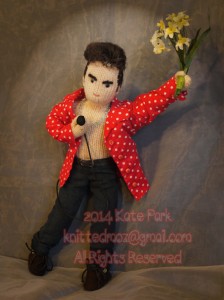 WHAT do you do when you find yourself no longer Britain’s most infamous vegetarian anti-Royalist? Unlike previous nights on this short UK tour, Morrissey made no mention of Jeremy Corbyn, though it would seem this town ain’t big enough for the both of them – shortly before tonight, Morrissey made the announcement that in the absence of any record label interest, tonight at the Hammersmith Apollo would “likely” mark his final ever UK dates. “Likely.”
Opening with an Elvis cover, “You’ll Be Gone”, it was clear that this was Morrissey in a rare playful mood. This would be followed by the thumping, early-90s b-side “Let the Right One Slip In”, the first indication of a set dominated by long since unperformed b-sides and album tracks. If you’ve been listening, and I mean really listening, to Morrissey over the last few decades then tonight was for you. Despite much harrumphing about the higher than usual ticket prices – nearing £70 with fees – this was unquestionably a set list to delight the devoted. Large stretches of the set that carried an absence of big hitters did knock the intensity and fervour that had begun the concert, and there were itchy seats towards the back (not just because of the notable presence in the balcony of one Russell Brand).
For someone often criticised for a level of musical conservatism in his output, tonight Morrissey was at his most left-field, even outright prog at points. ‘Meat is Murder’ climaxed with a raging wig-out, whirring synths punctuated most tracks, and slightly forgotten numbers like 2006’s “I Will See You in Far Off Places” soared, finding a monstrous groove absent on the recorded version and sprinkled with b-movie Horror staccato keys. On the flipside, ‘Staircase at the University’ from his most recent album ‘World Peace is None of Your Business’ was brisk and joyous, the most infectious song about a teenage suicide this side of the Shangri La’s. The humour, the colloquialisms and the wit still ever present in Morrissey’s recent material is more than enough justification for excitement at the imminent publication of Morrissey’s first novel, ‘the List of the Lost’. A soaring ‘Now My Heart is Full’ and furiously indignant ‘Speedway’ – the bookends of the one true Morrissey masterpiece ‘Vauxhall and I’ – were real highlights, and in the spirit of playfulness that marked tonight, the band swapped their instruments for ‘Speedway’s close. This a most un-Morrissey-like gesture, accentuated by the sight of the famed non-musician perched behind the keyboards, jabbing cautiously like your granddad on a PC. ‘Will Never Marry’, another early solo b-side, was received with deserved rapture – it’s the kind of Morrissey song easy to parody but seeping with a real pain that still, after all these years, wounds like no other artist.
Over the last few years, it’s been heartening to watch Morrissey once again find a political voice, even if that voice is occasionally the voice of a bored internet troll – a photoshopped backdrop at one point of Prince William and Kate with the pun ‘United King-dumb’ a case in point of why it’s probably best Morrissey never gets Twitter. The videos that are projected as a backdrop during ‘Ganglord’ – a harrowing assortment of footage of police brutality – and ‘Meat is Murder’ – truly startling inside footage of the meat industry – are brave, uncompromising and physically painful to watch. During both songs, hands were capped over mouths and eyes the venue over, and it’s to Morrissey’s credit that so few of his contemporaries could you imagine making their audience quite so uncomfortable.
If tonight was Morrissey’s last ever encounter with the British public, then he was taking the opportunity to ask the big questions – namely, at one point, “does anyone know where you can get vegan Wagon Wheels?”, before looking slightly disappointed when the best reply was “try online”. Perhaps he should get onto Twitter after all. And there are few better ways of signing off from the UK than the glorious, anthemic ‘Everyday is Like Sunday’ and the thunderous swell of ‘the Queen is Dead’ – both state of the nation addresses, one quietly celebratory, one dripping with disgust. And like that – with a rip of a very fetching blue glitter shirt – Morrissey was gone. For good? As someone once sang, “not until the next time”.