Home Music Reviews Album Reviews Morrissey: I Am Not A Dog On A Chain – album review 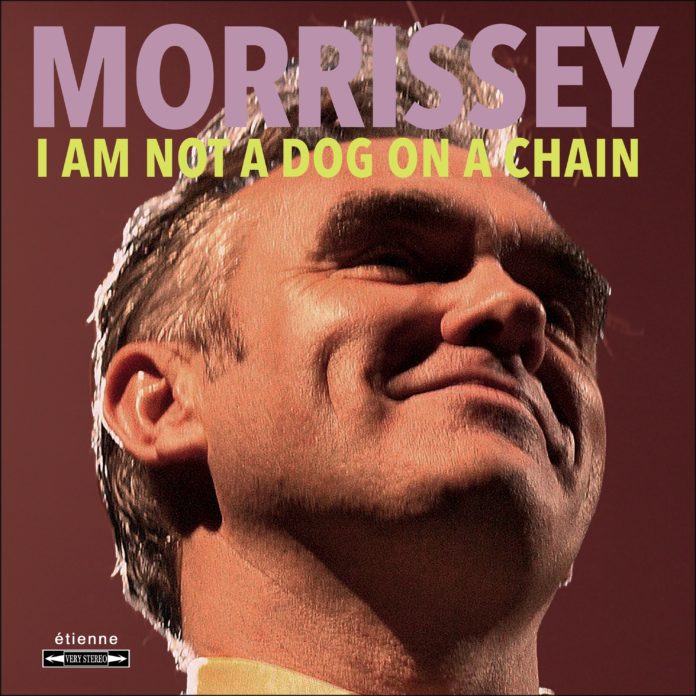 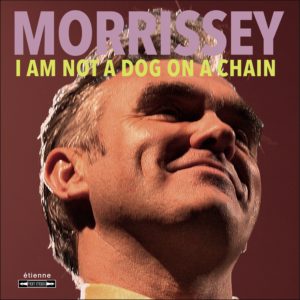 I Am Not A Dog On A Chain

Bruised and bloodied by mainstream isolation, Moz returns with another spirited but ultimately subpar collection of meandering misanthropy.

Now 60-years-old, Morrissey’s career seems to pendulum from universal adulation to widespread contempt. In recent years, the bequiffed one has retreated to the spit and struggle of his mid-‘90s era. Whereby he swapped the elegance of 1994’s Vauxhall and I for a series of abrasive, aggressive and ultimately egregious efforts.

His last collection of original material, Low In High School, focused too much on corrosive guitars and sheets of searing feedback. This time, Mozzer’s thirteenth studio album is filled with tragic stabs at fashion. The only issue is they feel more anachronistic than appropriate. Opener Jim Jim Falls bursts forth with the kind of spluttering dance beats that were last heard spoiling U2’s Pop album. Equally, Once I Saw the River Clean’s bombastic blend of big beats and arbitrary samples recall the kitschy keyboards of Bronski Beat.

Morrissey is at his best when he returns to the conventional, kitchen-sink jangle of his salad days. What Kind of People Live in These Houses? sounds like it was spat out of a random Morrissey song title generator, but it shines thanks to its Smiths-ian arpeggios and lyrical whimsy. Similarly, Knockabout World and Darling, I Hug A Pillow are moments where the musical embellishment truly works, decorating rich melodies with tasteful trumpets and subtle flashes of synth.

Lyrically, Moz has lost none of the fight, the contempt, the scorching self-pity. “Maybe I’ll be skinned alive by Canada Goose because of my views, because of the truth,” he snarls on the rollicking title track. “Did you see the sad rich, hunting down, shooting down elephants and lions?” he scoffs mid-way through the atmospheric Love Is On Its Way Out.

Equally, Morrissey’s voice remains a delight. His ageless croon sounds velveteen on the sparse The Truth About Ruth. It soars on the chorus of Jim Jim Falls. On the epic closer My Hurling Days Are Done, he sighs “time, no friend of mine” before his soothing baritone is enveloped by a gorgeous choir.

Producer Joe Chicarelli continues to push Morrissey out of his comfort zone, but IANADOAC is another collection of sprawling instrumentalism that bloats rather than delights. Moments of brilliance – and defiance – remain, but this dog’s bark continues to be worse than his bite.