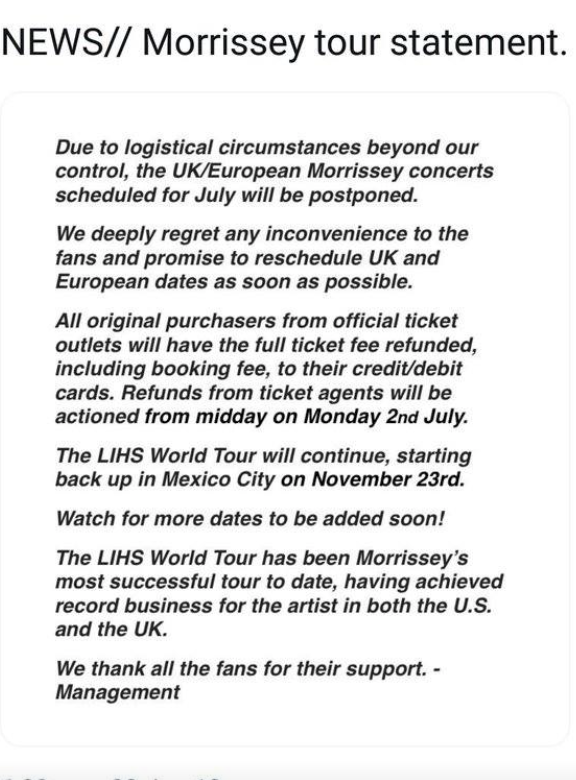 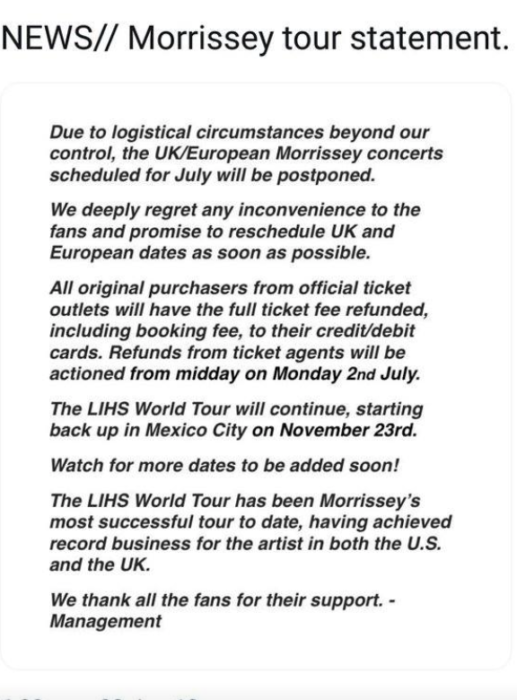 Morrissey has cancelled his upcoming UK and European tour dates citing ‘logistical circumstances’ whatever that means. Rumours say poor tickets sales due to his recent series of interviews may also be a factor but some of the promoters are refuting that as well. The controversial singer has a history of cancelling gigs due to many factors including ill health  but this is a whole tour and with many of his fans caught between the man and his music the tension has been building for months….Where does the former Smiths singer go from here?