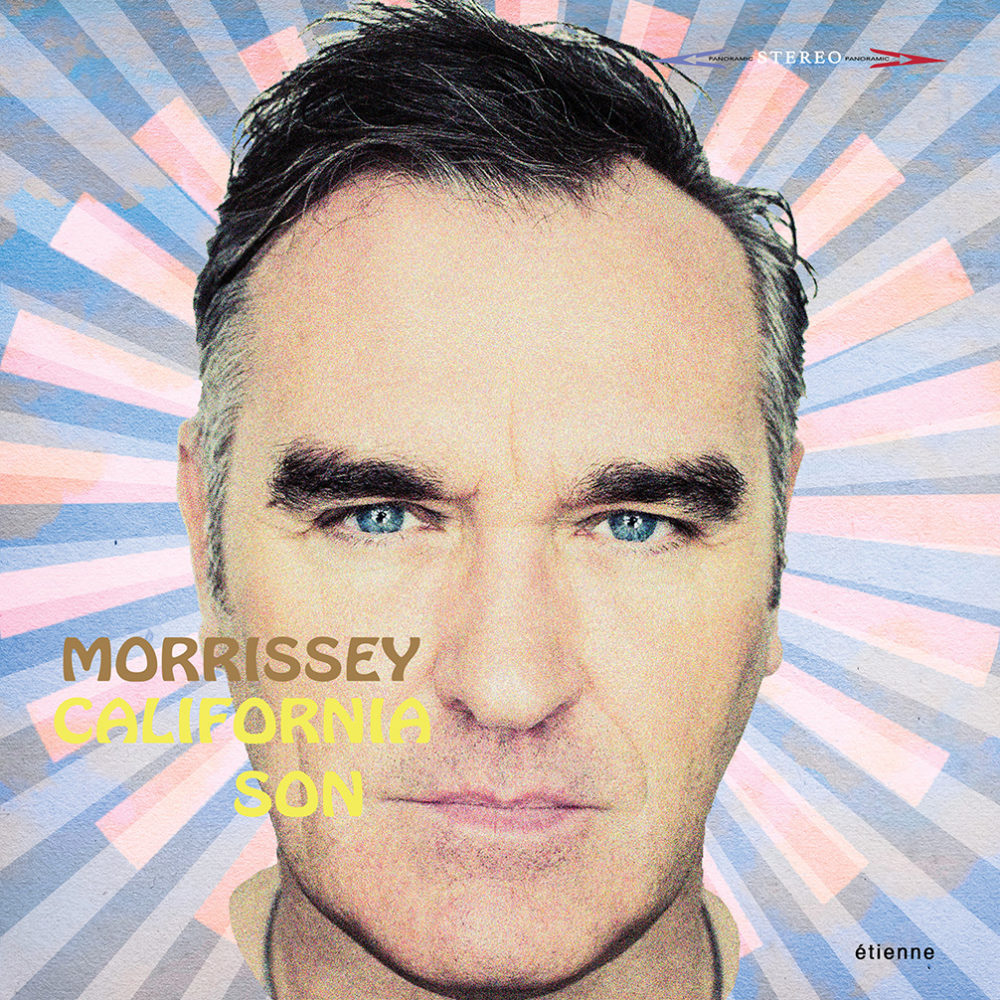 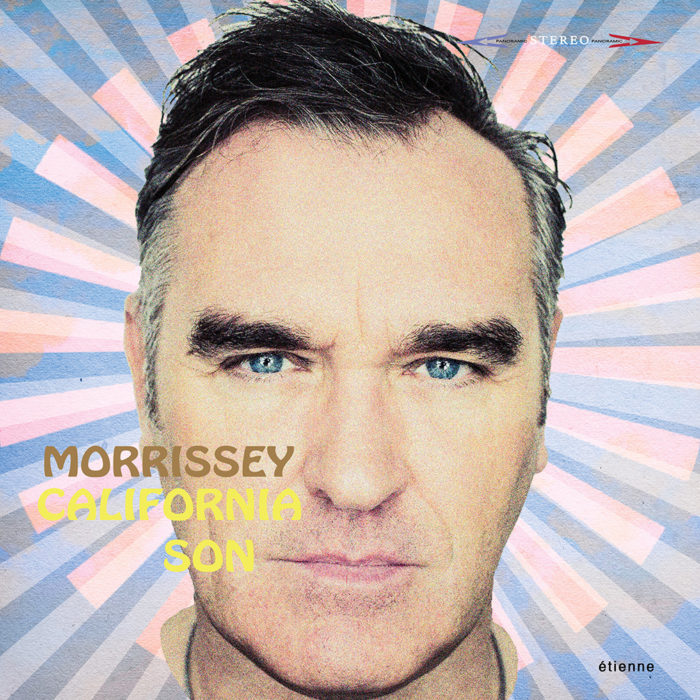 Morrissey has unveiled the artwork for new album California Son and announced the record will be released on 24th May.

Released via Morrissey’s label Etienne, an imprint of BMG, the track list consists of a diverse variety of tracks from the ‘60s and ‘70s hand picked by Morrissey himself.

Flexing his vocal muscles to pop, glam rock and folk, on this album Morrissey has even finally become a protest singer taking on Dylan and Phil Ochs. His distinct baritone vocal naturally makes each of these songs quintessentially his own whilst staying true to the originals. It’s clear Morrissey’s voice is stronger than ever as the influential singer looks back on the songs that shaped and influenced him.

California Son has been produced by Joe Chiccarelli and is formed of 12 brand new cover tracks. The first track to be released is a cover of Roy Orbison’s It’s Over with additional vocals by LP, the American singer who herself is a revered songwriter. It’s Over was written at the height of Orbison’s fame and became an instant hit in 1964 topping the charts in the UK. With Orbison famed for his soaring falsetto, and soul bearing lyrics it’s easy to see how The Big O laid the foundation for shaping a young Morrissey.

Comments:
“We love Morrissey! Morrissey’s hair, and melancholy and poetic lyrics always reminded me of my Dad. His version of It’s Over is great.”
– Roy Orbison, Jr.

“When I would think of Morrisey and his music it was always with great respect and appreciation as I’m sure is the case with many of his fans. However, I soon realized when I hung out with him and he played me all the songs he was putting on this record that behind this was the heart of an audiophile and a deep fan of his own musical heroes. He is well versed in so many genres and knows deep cuts of artists I thought I knew so much about. It is inspiring to see the enthusiasm and intellect he brings to people through his own musical journey.” – LP

2018 marked 30 years of Morrissey as a celebrated independent solo artist and 2019 promises to be an exciting year for Morrissey, as well as a new album he also embarks on a Canadian tour, his first in almost 20 years.