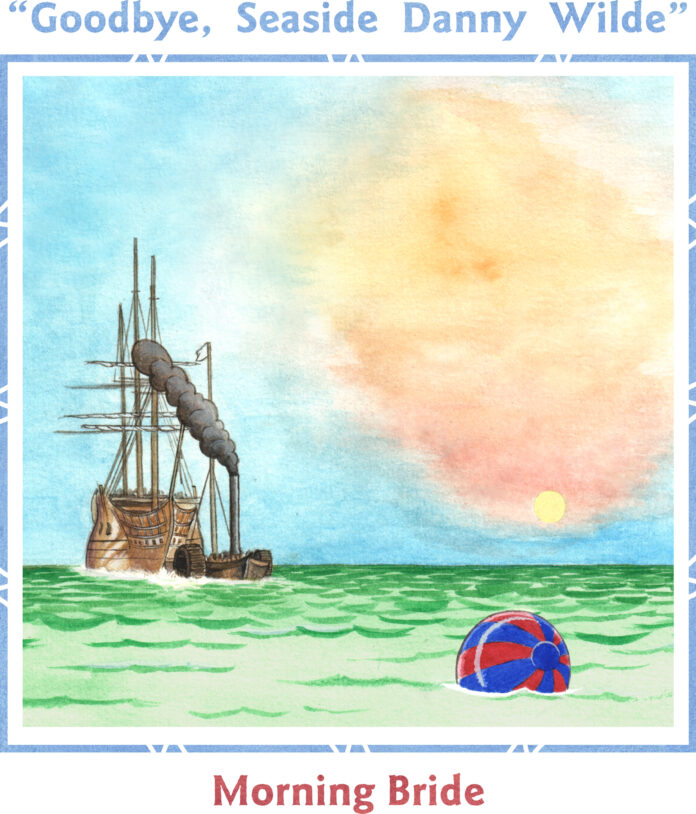 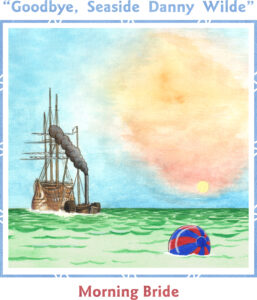 In a similarly languorous cycle, Morning Bride have germinated a third album: Goodbye, Seaside Danny Wilde. The title references a real-life entertainer and Elvis tribute artist, offering up the salty flavours of seaside culture from a bygone era. Like a dilapidated film set retaining traces of a story, what better location for the departed souls that populate this album, than a Victorian coastal town in winter?

Seaside Danny Wilde recalls not just the former glory of a local character but also the promenade he walked upon in their respective heydays. Mark and Amity’s contrasting timbres paint a nostalgia-tinged, affectionate portrait. Reprise Danny Wilde subsequently revisits the track in an instrumental foray awash in wistful undulations.

Apollo 13 launches with a perilous aura, as a Casio keyboard weaves rhythmic swirls across the track. Whilst most of the album captures a mood largely insulated from the externally squalling pandemic, in contrast here, the refrain “sunny days in quarantine, we were burning up”, reflects contemporary horizons and a personal intensity. A parting shot of jubilance, The Good Seed, makes for a joyous end. “Bury my body down by the sea, I’m not going to hell or heaven” Amity sings brightly. Gospel tambourine and impish slide guitar emphatically joining her to stick two fingers up at mortality.