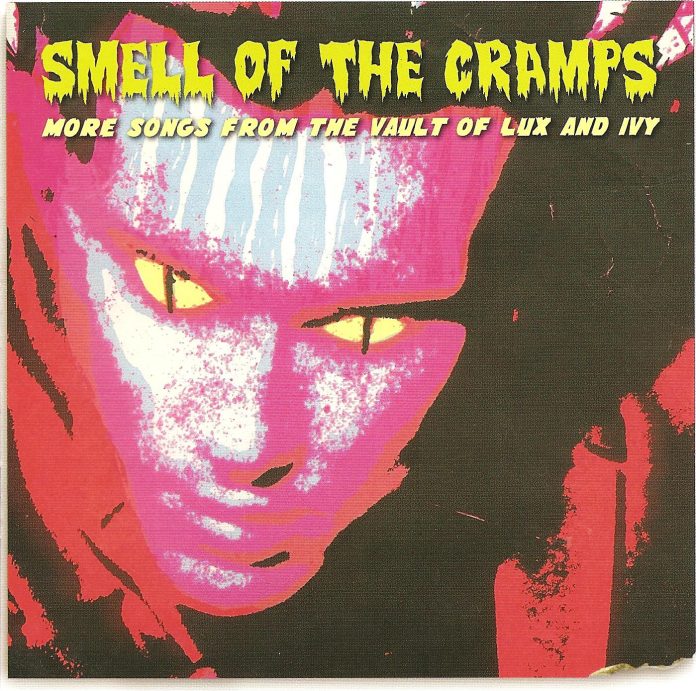 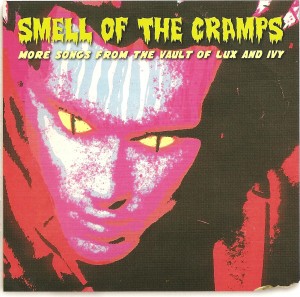 An entire re-release industry has evolved around The Cramps; it’s a phenomenon no other band has inspired. From the artists The Cramps drew inspiration from, the records that Lux and Ivy cherished and the tracks that they enthused about on various radio shows, during interviews, and within The Incredibly Strange Music Book (RE/Search Publications).

Both Lux and Ivy were avid lifelong collectors of rock n’ roll, garage and just downright weird records, in addition they were always gracious in their acknowledgement of the bands who inspired them, and the artists who tracks they harvested from; both Lux and Ivy were equally keen that their fans were exposed to some of these lost treasures, prior to every show obscure records were played to the expectant audience; as such during the 80’s and mirroring The Cramps own rise a selection of records were made available.
An enterprising bootlegger, thought to be Australian, lovingly put together the ‘Born Bad’ series of vinyl albums (Vol 1-6) which gathered together the tracks – the building blocks of The Cramps sound; with extensive sleeve notes these classic albums were an education into a whole lost world of misfits, lunatics and the odd chart star.
Other such series including the CD only ‘Songs The Cramps Taught Us’, the 13 volumes of ‘Lux & Ivy’s Favorites’ (internet only) have followed not to mention a vinyl only and a differing ‘Songs The Cramps Taught Us’ series, we even had the infamous ‘Purple Knif Show’ a semi legal CD release of a 1984 US radio show hosted by Lux himself.

Since Lux’s untimely death in April 2009 there has been an attempt to tidy up these various albums, or to at least release them officially – strong>’Smell Of The Cramps – More Songs From The Vault Of Lux And Ivy’ – This enthralling release is the third in the series made available by Righteous/Cherry Red Records and once more draws together a collection surf wipe outs, crazed primitive rockabilly, and obscure lounge wig outs…

‘Smell Of The Cramps – More Songs From The Vault Of Lux And Ivy’ has been compiled by Dave Henderson (MOJO) and pulls together everything from The Wailers ‘irty Robber’ a real bluesy stomper first released in 1959 and later covered by The Sonics, who in turn were covered by The Cramps, the dumbed down and outrageously rare ”ËœShort Shorts’ by The Four Winds & Their Teenage Friends which smacks of barely legal sexploitation, to John & Jackies’ ”ËœLittle Girl’ which was banned as far back as 1958 ”â€œ hardly surprising listening to ”ËœJackie’ simulate orgasm for a chorus. The bizarre ”ËœMasai Rumble’ by Harry Coons & Richard Campbell who seemed to have tried to recreate the tribal sound of the African plains, however even that pales when you hear Gary ”ËœSpider’ Webbs ”ËœThe Cave’ ”â€œ a real oddity with characters Jimmy and Julie calling to each other from within side a darkened cave complete with primitive echo effects and horrified screams.. George Dunnings’ ”ËœZodiac Blues’ steers us in a jazz tinged lounge vibe, evoking an exotic smoke filled LA Strip joint atmosphere which leads us to ”ËœBlue Oasis’ a slowed down Link Wray style rumble. Bo Didleys’ classic ”ËœPills’ (later covered by The Lurkers amongst others) neatly introduces the gutteral gibberish of Jack Judge with ”ËœYea-De-A-Hay’ from 1960, the frantic instrumental ”ËœBeep Beep’ by The Playmates ”â€œ every track is bona fide classic.

It matters not whether you were a fan of the Cramps or not, this collection is a must buy for anyone with a desire to discover the true roots of rock music in all its various forms, or for anyone with a taste for the crazed and the unusual.