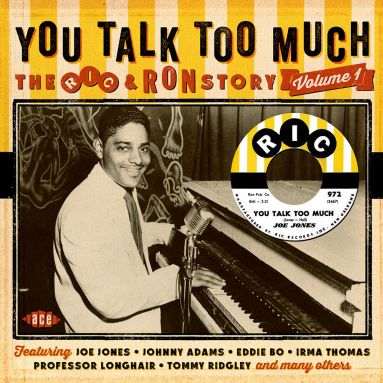 Ian Johnston provides us with reviews of  a few recent vital recent releases from Ace, probably one of the best reissue labels in the world. 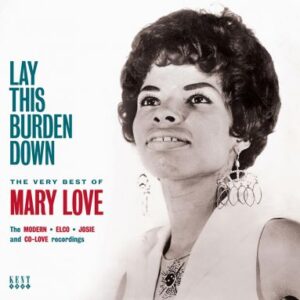 Mary Love – Lay This Burden Down: The Very Best Of Mary Love

Featuring her seminal recordings for the Modern, Elco, Josie and Co-Love labels, Lay This Burden Down, spanning 1965 until 1987, provides abundant evidence that Love was one of the all-time great Northern Soul stars.

Having barely survived a horrendous childhood and adolescence, outlined by Croasdell in the CD booklet, a talent competition, a change of name and a recording contract for the Bihari brothers Modern label in the mid 1960s led to Mary Ann Allen’s salvation. Such Modern classics as the uplifting ‘You Turned My Bitter Into Sweet’, the propulsive title track, the soaring ‘Baby, I’ll Come’ and the joyous ‘Dance, Children, Dance’ defined the idiosyncratic Love sound and brought her some success. In the late 60s Love recorded further abiding versions of her compositions for Elco – the rare groove anthem ‘Born To Live With Heartache’ and the ballad ‘There’s Someone For Me’, co-engineered by Ray Charles.

However, by the 1970s, Love’s career was primarily confined to LA nightclubs, but she still moved with industry heavyweight figures such as Lou Rawls and Barry White. Her friendship with the legendary comic / singer Rudy Ray Moore led to Loves move into movies, appearing and performing the smouldering ‘When We Start Making Love’ and ‘Power Of Love’ in Moore’s 1975 blaxploitation opus, Dolemite. Love would also contribute five songs to Moore’s 1977 flick, Petey Wheatstraw; the moving southern soul ballads ‘Joy’ and ‘Loving You’ are included here.

The indomitable spirit of Mary Love runs through the core of all 25 tracks included on Lay This Burden Down. Mary Love was the quintessence of soul music, an enduring talent for the ages. 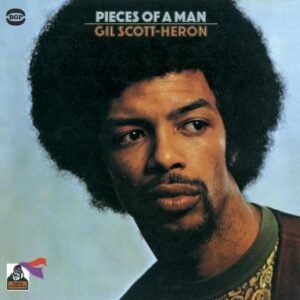 Gil-Scott Heron – Pieces Of A Man

The late, great Gil-Scott Heron (1949-2011) was one of the most incisive, sophisticated, intelligent and passionate commentators upon the Afro-American experience of the late 20th century. The singer / author / poet produced some of the most vital songs ever created in black US music. Heron’s songs and words encompassed the personal and the political, not in a crude, didactic fashion, but as truly poetic and witty satirical observations upon the numerous indignities, inequality, oppression, blind prejudice and naked violence that he and millions of other African Americans had to endure.

Recorded for Bob Thiele’s (the visionary former head of the jazz label Impulse, which had recorded many of the great John Coltrane albums that Heron admired) Flying Dutchman label, Gil-Scott Heron’s 1971 studio LP, Pieces Of A Man, is a classic – well deserving of Ace’s fine gatefold record reissue.

Featuring the renowned bassist Ron Carter, Brian Jackson on piano and Pretty Purdie on drums, together with Hubert Laws on flute / sax and Burt Jones on electric guitar, Pieces Of A Man is a solid gold jazz / soul masterpiece that cemented Heron’s reputation. The compositions on Pieces Of A Man would feature in Heron’s set for the rest of his life – the celebration of ‘Lady Day And John Coltrane’ and the redemptive power of music in general, the harrowing depiction of junkie life ‘Home Is Where The Hatred Is’ (covered by Anita Lane on her 2001 LP Sex O’clock), the forceful, full band version of ‘The Revolution Will Not Be Televised’ and the moving title track which delineates how a man’s life can disintegrate by losing his job.

Based upon the original master tapes, these timeless compositions sound better than ever on vinyl and just as relevant, 40 years on. 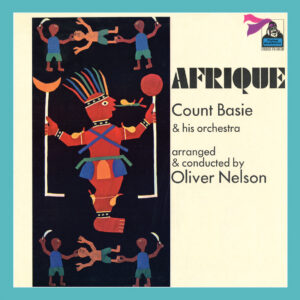 As a teenager, Thiele in the 1930s had loved the loved Duke Ellington (the Rolls-Royce of American music) and Basie’s big band jazz music. First at Impulse he worked with both men, but with smaller groups than Thiele wanted. With the formation of his own label, Thiele was able to rectify this situation with Basie. Wisely, Thiele didn’t want Basie to rework standards that he had recorded earlier in his venerable career. Instead, Thiele brought in composer, arranger and conductor Oliver Nelson (who had enjoyed great success with organist Jimmy Smith at Verve throughout the 60s, as well in his own right with his 1961 album, The Blues and the Abstract Truth), to provide most of the compositions to be played by Basie’s great orchestra. These compositions included the bluesy ‘Hobo Flats’, which Jimmy Smith had cut in 1963.

The remaining compositions are even more exotic fare for Basie: the driving ‘Gypsy Queen’ by Hungarian jazz-fusion guitarist Gabor Szabo. ‘Love Flower’ by the leading light of the free jazz avant-garde, saxophonist Albert Ayler, and ‘Japan’ by the no less changeling, left field tenor sax player and disciple of John Coltrane, Pharoah Sanders.

Afrique sounds remarkably fresh and natural, an important and highly enjoyable album in Basie’s illustrious career. Hopefully, Ace will reissue this on vinyl. 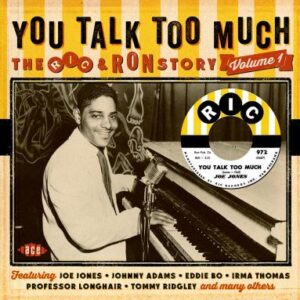 Various Artists – You Talk Too Much: The Ric & Ron Story Volume 1

Compiled and noted by Tony Rounce, this excellent compilation covers the years 1958 until 1960 of the first major independent New Orleans R&B label that brought the unmistakeable sound of The Crescent City to the world, Ric & Ron. Joe Ruffino, who named the label after his two sons, formed Ric & Ron in 1958. Having learnt the R&B business working for Johnny Vincent’s Ace label. Which was based in Jackson, Mississippi, but recorded mostly New Orleans acts, Ruffino applied what he learned to Ric & Ron.

Working with among others a young Malcolm “Mac” Rebennack, who would achieve fame in the late 60s as Doctor John, Ruffino signed and recoded the crème da la crème of the New Orleans R&B scene. In 1959 Ruffino achieved kudos and commercial clout for Ric & Ron by signing one of the greatest New Orleans musicians of all time, Professor Longhair. The elegant and idiosyncratic singer/piano player Longhair recorded the definitive version of his jubilant, anthemic ‘Go to The Mardi Gras’ for Ruffino, together with a remake of his rollicking ‘Hey Now Baby’. Thrillingly, You Talk Too Much also includes a recently discovered Professor Longhair demo for the label of another of his signature tunes, ‘Tipitina’.

Featuring other R&B titans of the label – including Al Johnson (‘Carnival Time’, a perennial favourite to this day in New Orleans), Eddie Bo (the boppin’ ‘Tell It Like It Is’ and ‘You Got Your Mojo Working’), Johnny Adams (the soulful ‘I Won’t Cry’, which is also featured as a previously unreleased demo), Robert Parker (the grooving instrumental ‘All Nite Long PTS 1 & 2’) and Irma Thomas (the tough ‘Don’t Mess With My Man’) – You Talk Too Much is one fine compilation. Roll on Volume 2! 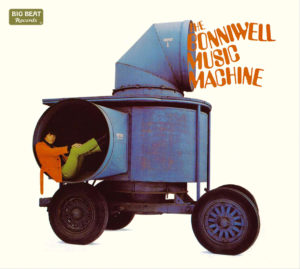 Though not as immediate as the first album and rather lacking continuity, the 1968 LP The Bonniwell Music Machine, some of it recorded by the original band and some by Bonniwell’s backing band, has much to recommend it. The best tracks retain a frenzied psych spirit evinced in Bonniwell’s earlier work (‘Soul Love’, ‘Bottom Of The Soul’, ‘Talk Me Down’, Double Yellow Line’), while other material ventures into other musical areas with varying degrees of success: despite its subject matter, ‘Astrologically Incompatible’ sounds like a prospective John Barry era Bond theme, while ‘The Day Today’ touches upon mellow folk influences and ‘Somethin’ Hurtin’ On’ possess a funky R&B strut.

Listening to tracks like the psychedelic frenzy ‘The Eagle Never Hunts The Fly’ and the mysterious, tense ‘Black Snow’, which anticipates The Magic Band of Beefheart’s Clear Spot, it is hard not to argue with Palao’s assertion that the Music Machine was “one of the great bands of the past century.” Coupled with a complete extra disc of demos and rarities by Bonniwell and the band, this is the ultimate edition of The Bonniwell Music Machine.