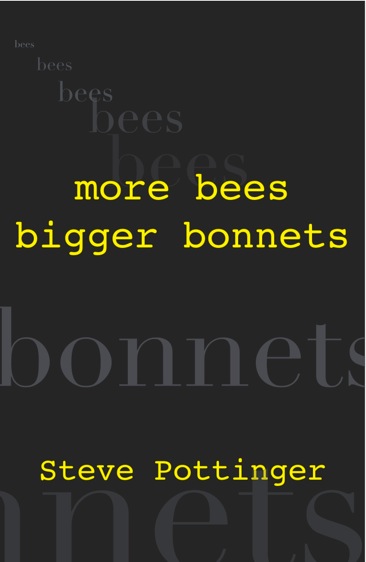 Out now through Ignite Books.

A fourth collection of poetry for …. people who hate poetry (and for those who always knew it was cool) from festival rising star Steve Pottinger where Louder’s Rebecca Sowray finds that hope and rebellion win over despair.

Many things are magic; let’s just be clear on that. This magic, right now, is waiting to read the book in my hands, its brown bubble pack envelope is on the kitchen side, the pages are unopened, the spine crisp.

I turn the book over and the last quote, on the back cover, is this;

To explain. I heard Steve Pottinger read his poems at the Louder than Words Festival in Manchester back in November last year. Simply, he’s a poet that redefines poetry. A poet for people who hate poetry (Susan Murray). In performance he’s engaging, shifting from coolness to fury and revelling in a control of language that takes your heart from your chest and gaffer tapes it to your sleeve. Where it belongs, in case you were wondering.

So go back and re-read the earlier quote.

And I’m opening the book’s cover and holding my breath. Not in case I don’t like it, because that possibility’s not occurred to me. I’ve read two out of Steve’s earlier three poetry books; I’m waiting (and wanting) to feel that shift he creates from the immediate and personal to a vast world view, a shift that’s got more common ground with punk and folk music than with most poetry. So I’m expecting to dance, skip and dream through a semi-tone by semi-tone emotional scale, with cast from life characters. 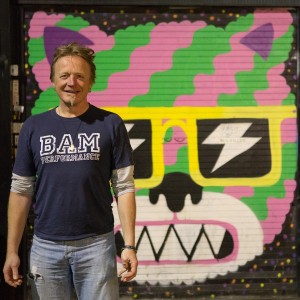 There are 27 poems to revel in and on a first pass read I realise that all the people in my life are in this book.

There would truly be a spoiler in revealing the meaning behind the title “more bees bigger bonnets”, so forget it, I’m not going to. Go and buy the book to get that one, better still turn out to one of Steve’s gigs and buy it on the night.

But a page or two in there’s a neat Stranglers’ reference with Something Better Change and there’s a good measure of poems that fit within the beat of that particular drum. People trafficking with 10 Years On, a handy angry poem to beat UKIP with in Bongo Bongo Bad and a reminder that violence is socially acceptable where breasts are not because you’ll Never See A Nipple On Facebook.

Walk out into the darkest parts of the human heart and find good company with the un-tempered sadness of Keytown, a hymn to the manufacturing age and then pass further into sadness with a gracefully indirect but hard hitting eulogy to Stephen Lawrence and You Could Have Had Kids By Now.   In “Venue Crew To Gobshite Tour Manager” you’ll find folk you recognise whatever your work.

This poetry is punk boned; it’s call for action is its own, not manufactured, nor led; it uses structure to get it where it needs to go but feels no need to live by it. So read “369 000” for all the other children who share a birthday with a prince, “Kate’s War” for the cost of medals and remember that No One Likes An Angry Poet.

But the most beautiful of these poems are about hope. This is writing for those days when things seem beyond all possibility of positive change. Here you have The Girl Next Door” (the first poem I heard Steve read), Last Out Of Pandora’s Box and others. Put into that category The Day We Elected and let it compete with the final poem in the book.

The last entry is You Ask Me Where I Want To Live. Steve takes us through an entire country of options; none of it driven by bureaucracy, finances or town planners although we do get through gaffer tape, love, pubs and sunrises and in the end –

“we will wake next morning
to do it all again
that we’ll be laughing
and dancing
and dreaming
forever.”

The publisher of Steve Pottinger’s work is Ignite Books.

All words by Rebecca Sowray. More writing by Rebecca on Louder Than War can be found at her author’s archive. Rebecca tweets as @RedStarMonster.