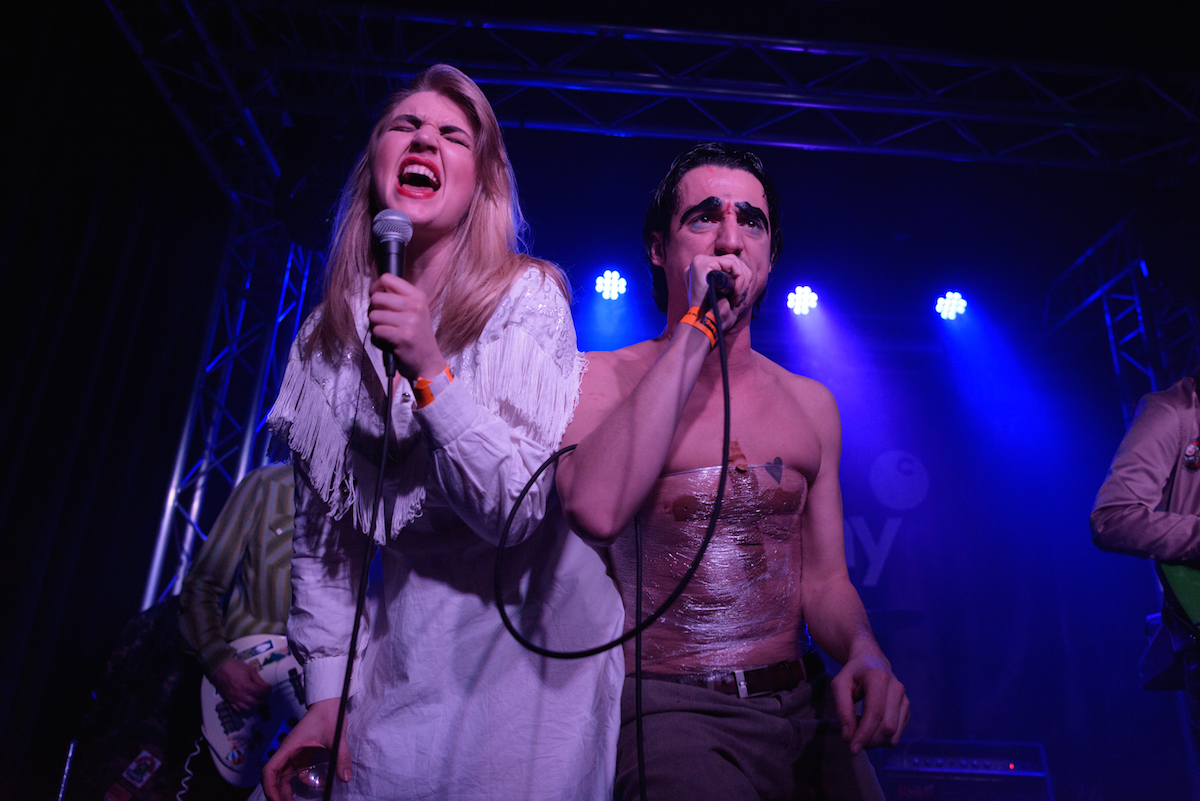 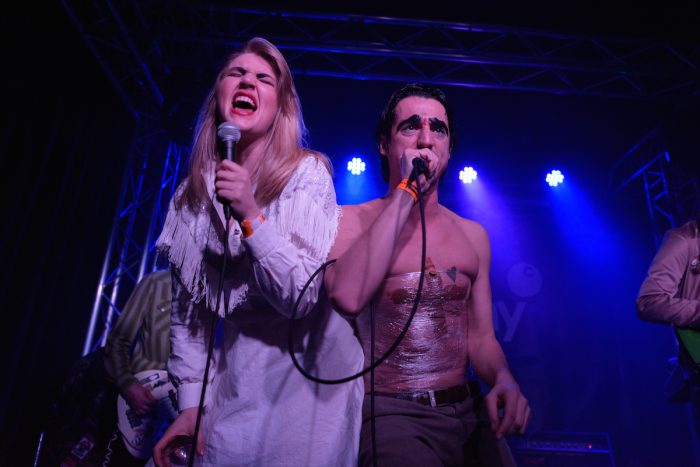 A blistering opening to The Moonlandingz tour, tonight they’re firing on all cylinders as they thrill a capacity crowd in Newcastle.

For a band that are still yet to release their debut The Moonlandingz have garnered the reputation of being one of the most exciting bands in the country right now. Tonight is the start of their tour that will cover their album launch, for which they’ve brought along Goat Girl for the ride who as the room begins to rapidly fill take to the stage. Their meek and mild demeanour immediately translating into a relaxed set.

It’s a set that fails to get pulses racing, their songs are well crafted but lack the necessary hooks to draw you in. Even as the room fills the band don’t feed off the excitement of the crowd instead they remain steadfast their languid style doing very little to warm the crowd up. These tracks have their merits but fail to enthuse the crowd, which is a shame there is certainly a lot of promise in Goat Girl’s slacker rock vibe but tonight it lacks power. 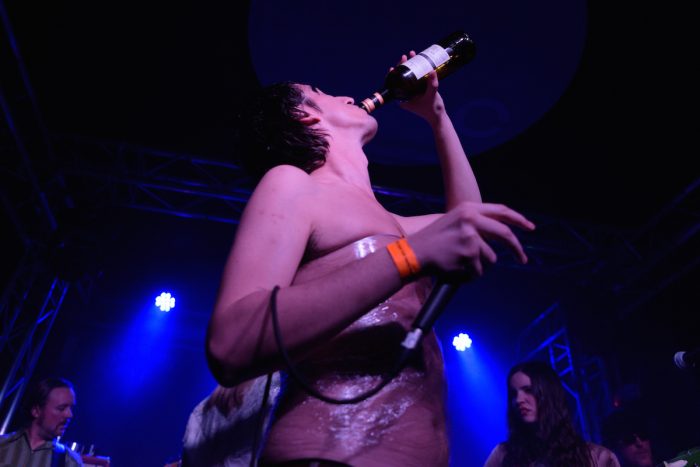 The same cannot be said for The Moonlandingz who start as they mean to go on, in truly chaotic fashion lead singer Lias bating the crowd from the off as he swills his red wine from the bottle chasing it with tequila. His impassioned performance couldn’t be further from the downbeat Goat Girl, whilst at their core these songs are pop songs, live they’re unbridled fits of frenzy. Between Lias and Rebecca Taylor of Slow Club they quickly whip the crowd up into an ecstatic state, early crowd favourite Black Hanz doing most of the work for them though.

Despite all eyes being on Lias’ antics and his equally exquisite performance, it’s the rest of the band who make this show so incredible. With an unruly front man whose only aim is to feed off the fantastic energy of tonight’s crowd, the rest of the band hold everything down perfectly there is an unrelenting power and urgency to every track. On record the band have a more laidback approach but when let loose everything seems to be faster, angrier and altogether more exciting. 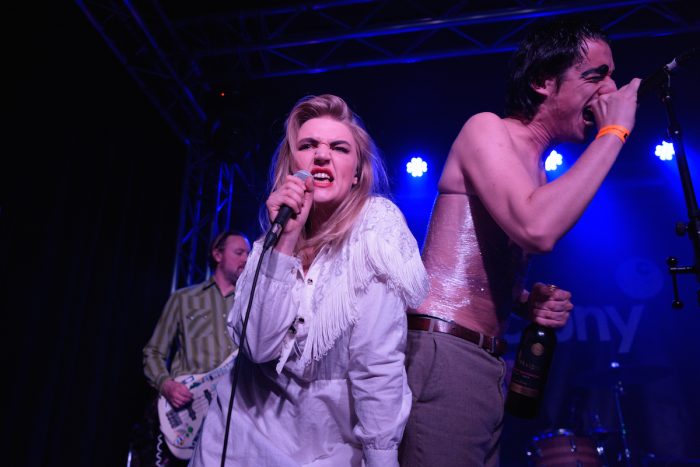 However, equally distracting is the on stage chemistry of Lias and Rebecca, cuddling up to one another mid song screaming their way through these untamed pop ditties. It truly is a sight to behold, the packed out crowd faun over the bandwith their affection continually shown throughout. With no let up and no pause for breath the set moves along at an insane pace.

As a pit forms in the latter part of the set the likes of Lufthansa Man and Lay Your Head Down On The Road, provide the perfect soundtrack to the madness ensuing within the crowd. It falls to Man In Me Lyfe to close out this incredibly raucous set with a bang, as bodies fly from the stage atop the overexcited pit, it only serves to prove what a truly brilliant band The Moonlandingz are and for us it’s all over too quickly on this occasion.