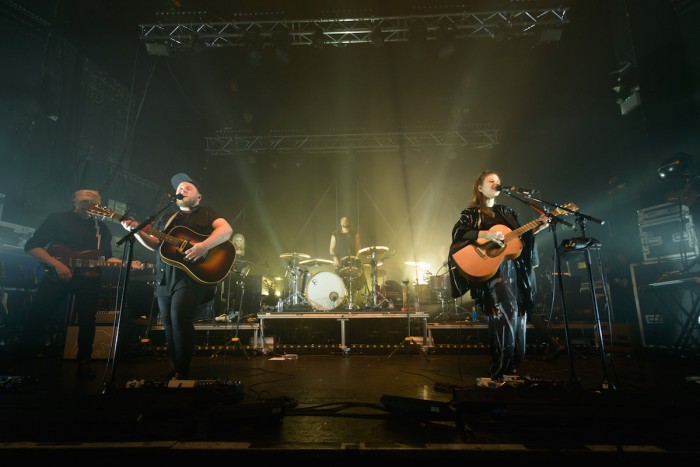 Of Monsters and Men

A beguiling set from Iceland’s Of Monsters and Men, taking many by surprise with their phenomenal atmospheric sound.

Of Monsters and Men round out a mammoth sold out UK tour in Newcastle, the Icelandic folksters arrive in exquisite form garnering huge praise from across the board. Highasakite opens proceedings with the darkened stage playing host to their intriguing sound, Ingrid serenades the crowd with her ethereal vocals. It’s all a bit odd though; their overpowering sound takes us completely by surprise.

At times it’s incomprehensible and discordant, tinged with darkness augmented by poor Kate Bush impressions. Highasakite tones things down though their set takes on a more palatable vibe, they close out on an emphatic vibe. Leaving this sold out crowd hyped up. As beautiful drones soundtrack the changeover, this is the perfect calm before the storm. 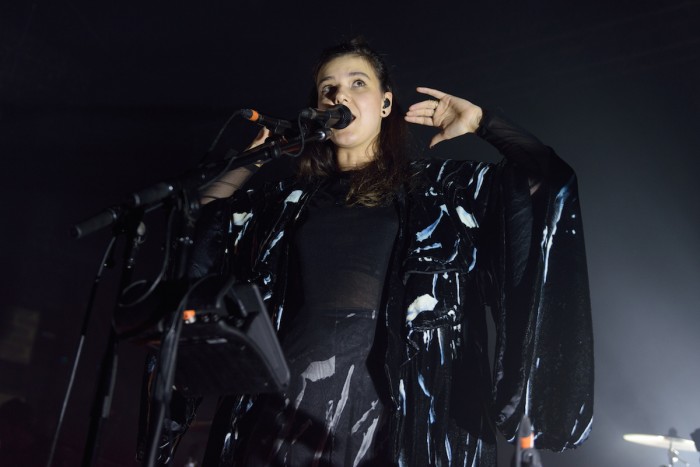 Of Monsters and Men take to the stage in emphatic form, opening with the stunning sounds of Thousand Eyes. From the outset it’s clear that this is going to be unlike most evenings, the crisp clear sound raising the roof as the crowds enthusiastic reaction rings out over the top. The band instantly switches from the anthemic styling of Mountain Sound to the delicacy of Hunger.

Whilst these anthemic tracks are the obvious crowd pleasers, it’s those numbers that foster a tender atmosphere that strike a cord. Backyard is the epitome of this sound; Nanna’s ethereal vocal has everyone dumbstruck and when it’s combined with Ragnar’s dulcet tones it becomes otherworldly. 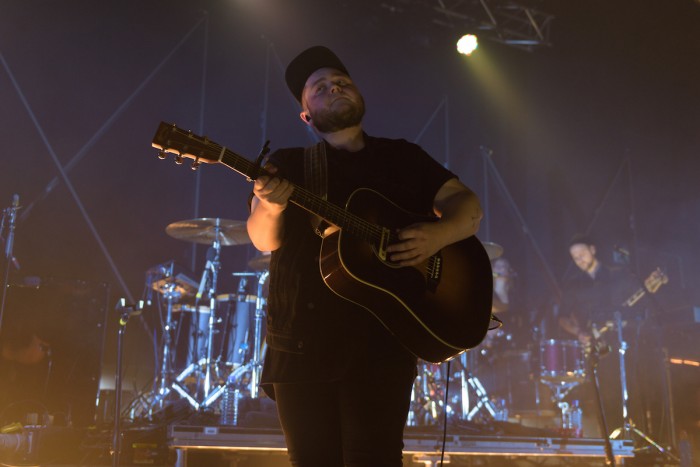 The interplay between these two exquisite singers adds to the magic of the evening, the fragility and tenderness of the lyrics as they’re cut with pounding ecstatic drums and at times funky guitars. Little Talks sends an eruption of raucous noise ringing throughout the venue, the band can be barely heard over their chanting fans.

As the main set draws to a thunderous close with members of the band adorned in Newcastle United shirts, much to the delight of the crowd, a rousing rendition of Six Weeks closes proceedings. The band then return to the stage with the beautifully dark Organs.

The definition of folk music is such a broad one and whilst this band are classed as ‘folk,’ tonight proves that they transcend this and take everything to a completely new level. With elements of fellow Icelanders Sigur Ros and exceptional pop sensibilities they produce some of the most accessible indie rock around at the moment.

~
Of Monsters and Men can be found online here ofmonstersandmen.com. They’re also on Facebook and tweet as @MonstersandMen.