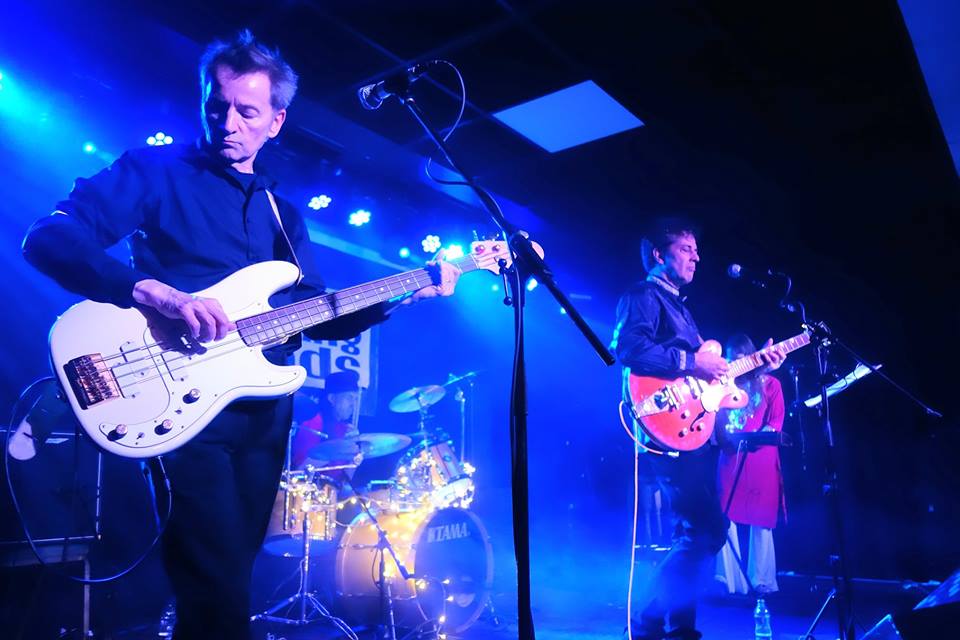 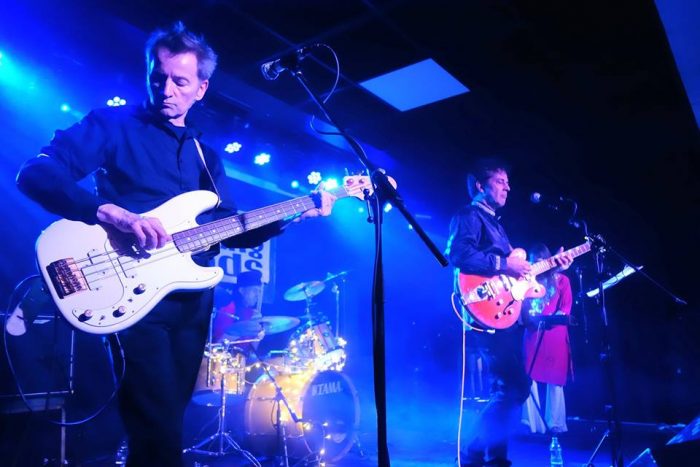 After 39 years of loving their music, Ged Babey finally gets to see the Monochrome Set live, and is not disappointed.

I have practically all their albums, I’ve always loved them, but there are so many bands and so little time and never enough money to feed my music addiction… but I am flabbergasted it’s taken me this long to catch the Monochrome Set live and direct.

Last year their local gig clashed with the Rockaway Beach Festival so the chance to see Killing Joke,  Suede, Wire and the Wedding Present at Butlins won.  But I wasn’t gonna miss them this time.

A very healthy turn-out indeed at the ‘Heads and the ever-superb Dan O’Farrell and the Difference Engine playing support made for a great night.  Dan is dry and funny. The band well-drilled and melodic. Two violins and lap-steel guitar give a lush feel to songs of protest, reflection and social commentary, communicated with empathy, resignation and humour.

What seems to be a love song to alcohol, Through a Glass Darkly is probably a cautionary tale, On Scars finds beauty in pain and hope in despair, but the faster Death by 1000 Cuts is a stand-out with the pedal-steel coming into its own.  The set closer, a new song called What Can I Do? ‘about the Protest singers dilemma’ is another future classic.  Dan seems to play a gig a week all over the city and the new material flows out of him.  How he can make the leap from local hero to nationally acclaimed artist in an over-saturated ‘market’ I don’t know. If it was down to sheer talent and hard work he would be as big as Ted Sheeran or Raggy Boneman but sadly he has neither their good-looks or charisma…. I mean PR machine.

Coming on to a great John Barry intro-tape the Monochrome Set were absolute class.  Handsome and aloof, and a great band with a spectacular back catalogue of gems.   (I was going to say ‘great rock’n’roll band’ – but that’s the thing; they’re not rock’n’roll -and all the connotations which go therewith. )  They have the swing of jazz, the twang of Sun Studios, the chug of the Velvets, the lilt & do-si-do of Country, the jauntiness of the Kinks… and so much more besides.  They played with a majestic ease. A set perfectly made up of old and new.  All the classics which everyone wanted to hear and the very best of the newer material.

Bid’s voice has mellowed and matured like a fine brandy and is deeper and richer.  He is a suave devil with the air of Richard E Grant or somesuch louche intelligentleman.  Drummer Mike Urban is a masterful player who has pinched the Mad Hatter’s hat and keyboardist John Paul Moran a joy to watch.  The latter is  a loon-panted Catweazle figure who plays with Blue Orchids also and is a former member of Gnod I’m told.  He looks as if he has been transported thru time and space from a freaky happening in 1974 and teleported into the wrong band – but as it turns out, completely the right band.  My favourite member of he Monochrome Set has to be the living legend that is Andy Warren. 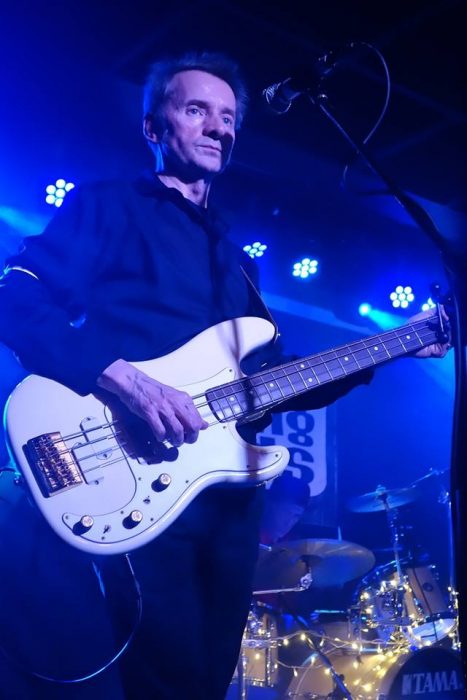 Warren is the most-under-rated bassplayer of his generation.  A mainstay of Adam & the Antz, his playing on Dirk Wears White Sox was extraordinary and influential.  The last time I saw him play was with The Antz at their legendary Salisbury Tech gig in 1979. He hid behind a long fringe then,

His presence on stage in 2018 is that of a man who is pissed-off,  bored, doesn’t want to be there and at times angry: glowering at the audience in a distracted way. Very occasionally something approaching a smile will flicker across his face.  He has a cool but demonic tranquility about him.  If he were female the expression in current usage is that he has a “resting-bitch-face”.  I would say that it reads more as the malevolent ennui of a gentlemen who would rather not work for a living. ( I’m told he a happy-go-lucky chap offstage and I’d certainly prefer his face to my own).

Setting aside my Warren infatuation, the Monochrome Set are a revelation live.  They seem to have rediscovered the joy of their older ‘classic’ material and can coast through it with a gentlemanly kinetic energy.  The lack of a Lester Square or Foz is unimportant as John Paul Moran is a fully realized member of the Sets musical as well as visual make-up.

I Feel Fine (Really), Stick Your Hand Up if You’re Louche and the yodellingly wonderful Oh Yes, I’m Going To Be In Your Dreams Tonight are well received by the predominantly male audience (mostly over 50’s but a smattering of what appear to be younger Smiths fans. Which is nice).  But it is the brace of classic early singles, Eine Symphonie, Alphaville, He’s Frank, The Mating Game  which go down an absolute storm.  The icing on the metaphorical cake (or should that be cream bun?) was a unexpected and ultra-fast version of the song they share with Adam & the Ants; Fat Fun.

I would ordinarily close by saying how it was a faultless show, sheer perfection…. however it wasn’t!   One song, ..Dreams Tonight’, Bid categorically and heroically ballsed up. Somehow he managed to play the whole guitar solo out of key!  There was a look of mild but abject horror on his face as he did it and bewilderment afterwards.  ‘I don’t know what I did there’.  He said as my friend Ian pointed out that it was exactly like when Les Dawson played the piano off-key for comic effect.

Poor Bid.  At least he can be thankful that no-one out side of Southampton will ever hear of his faux pas.  And hopefully no-one was filming that particular song.

{edit} Bid after reading this posted on social media ” “I didn’t play the whole bleeding solo out of key, ffs. I did fuck it up, though, cos me capo slipped.”  No slight intended old chap.

Despite this, and maybe because of it – the perfectionist band are human after all – the Monochrome Set, even at this late stage in their career, are a fine, fine band. One of the best,  I’m glad I have finally seen them.

With thanks to Jane Barnes for photos and Chris Martin for videos.