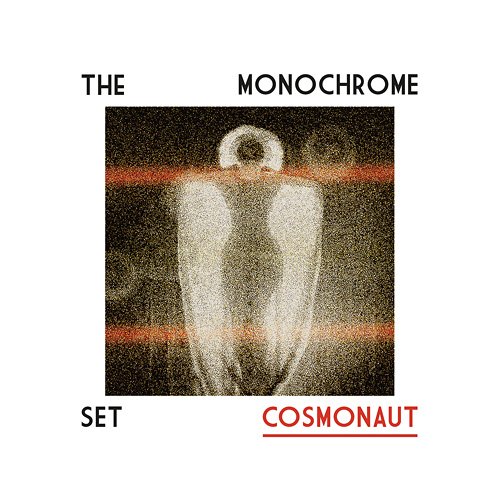 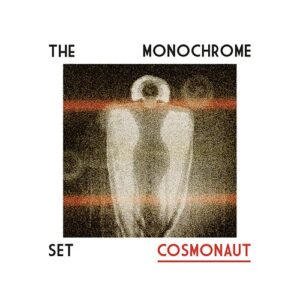 The Monochrome Set release their fourth album in five years. Are standards maintained? Mark Ray reviews for Louder Than War

Since The Monochrome Set’s reformation in 2012, following singer Bid’s brush with death, they have not only been prolific, but released records of high standards. Cosmonaut marks the fourth album since 2012’s Platinum Coils.

Cosmonaut opens with an eerie keyboard vibe, as though we are receiving messages from another world. This is The Monochrome Set, sending missives from the sub-conscious dark and curious nether reaches of the music machine.  The album is, as we have come to expect from the Set, a potpourri of perfect pop and weirdness. But that’s not to say that Cosmonaut is just another release; it’s a lush album bursting with ideas and a freshness hard to believe in a band that burst onto vinyl way back in 1979. They have also managed to survive the loss of Lester Square, a hard act to follow, but Bid has taken up all the guitar parts while John Paul Moran adds keyboards to the mix, and Andy Warren continues to anchor the rhythm with his tight bass sound. Bid’s guitar work, often overlooked, is excellent and steeped in a pop sensibility from the 50s through to the 80s. His voice is as smooth and dreamy as ever.

Lyrically we cover topics as varied as cannibalism, hat wearing squirrels, hospital visits and, possibly, strange sexual practices. There is a song with the word Louche in the title, which The Monochrome Set are the only band I can imagine doing. There is a beauty, a darkness, an off kilter feel to the songs; in particular the beautiful song Tigress which recounts the loss of a loved one in a tone that is non-mawkish, almost matter of fact, which gives it more weight. And if there is a better use of an ellipse in a lyric, letting the thought hover in the air, I have yet to hear it.

Musically there are sounds influenced from the 1950s and 1960s, from the perfect guitar twang (Suddenly, Last Autumn) to psychedelic (Monkey Suitcase, Squirrel In A Hat), and 80s pop (Put It On The Altar). But all, unmistakably, The Monochrome Set.

This is a soundtrack to those lazy days lying back thinking of everything and nothing. It is a curiosity shop of delight; a collection of hidden gems and half remembered photographs of mysterious origin.

Cosmonaut is my current favourite of the four albums released in the past five years but they are all great albums. Here’s to the next four.