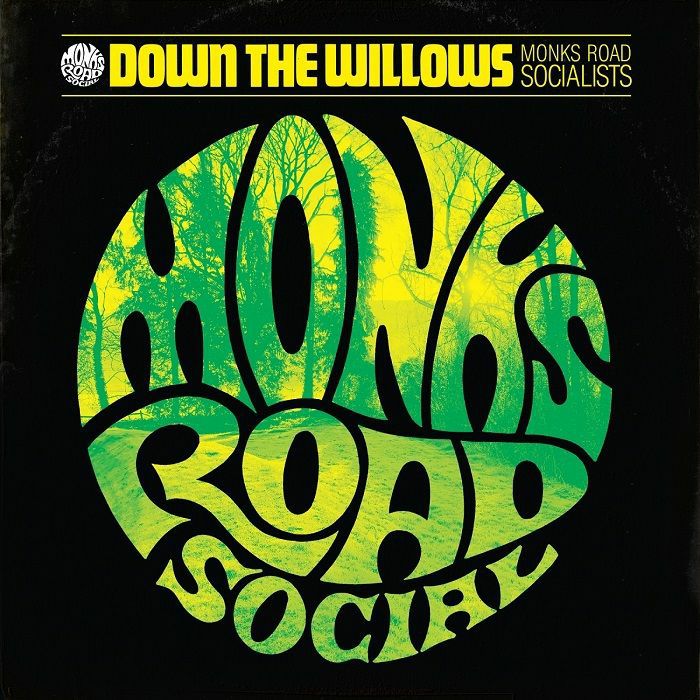 MONKS ROAD SOCIAL: DOWN THE WILLOWS

To clarify, Monks Road Social is an ever-evolving collaborative outfit. Down The Willows is their first album release and delivers special project of inspiration, friendship and craft in  a healthy mass of 18 tracks.

Dr Robert’s Lost In Rasa kicks things off in fine style with an expansive and lush arrangement and the easy mood continues with Samatha Whates (one of the MRS new talents who features on two tracks)  and Wonderfulsound before Dr Robert hits us with a slab of soul – awaiting the coming of grace –  in association with Stone Foundation and showing that when the chips are down, you can’t beat a bit of brass driven rock and soul.

Having had a taster, maybe time to acknowledge that at the core lies a  pretty good line-up that helps bring a touch of class to the project. How about a team sheet that includes Mick Talbot (Style Council) on harmonium, piano and Hammond; Crispin Taylor (Galliano, Candi Staton, Push) on drums; Ernie McKone (Galliano, Marlene Shaw) on bass; Matt Deighton (Mother Earth, Oasis) on lead guitar; Steve Sidelnyk (Richard Ashcroft, Madonna) percussion and, of course, the gorgeous strings of Ben Trigg (Dexys, Richard Ashcroft).

The result of just ten studio days providing the extent of the limitations, unbound by  no genre boundaries and amidst the overall easy vibe of the collection, Bronwen provides a blast of sixties soundtrack and there’s a burst of  high (hi even) energy from The Family Silver. The kaleidoscopic effect continues with Pat Dam Smyth’s Rivers Of Gold which  cuts a Nick Cave touch and we dip into a blast of Americana as Dr Robert teams up with Angelina on Sycamore Tree who then reappears on a stripped back rustic blues with Bright River.

It’s all overseen by Monks Road Founder Richard Clarke whose vision of creating an environment where musicians, poets and artisans  can celebrate (and be celebrated for) their craft. Monks Road Social is well worthy of the inevitable respect it will gain for encouraging a forum and place where their skills can be admired in a world where many arts are slowly dying out.

Read the track by track commentary:

Comes on like a long lost cousin of Marvin Gaye’s ‘Trouble Man’. An acoustic trance with heart wrenching strings that take away your breath and leave you feeling elated and ever so slightly joyous.  A paean to getting lost …in the moment where ‘self’ disappears and once again..momentarily..we are reunited with the ‘universal’.

A  perfect swooning summer setting for unique voice of Angelina.  Easy grooves and swaying omnichords seduce you into soporific , somnambulant state of  being where barley fields flow and the golden sun lights up your soul.

Sam Whates : This Is Nowhere

Sweet Scottish Sam with a voice like pure crystal sings a hidden Dr Robert gem about escape and boredom and finding solace in hidden corners and faraway coves, industrial estates and rundown docks.  A jazz / folk odyssey that somehow unites Joni with spirit of early King Crimson but ends up sounding like nothing like them.

Dr Robert and Stone Foundation : The Coming Of Grace

That rare thing..a proper soul band in full flow at the top of their game playing a Dr Rob hit with unadorned passion and no little skill. A live take that simply demands to be heard. A meeting of minds. A future classic.

Zooey and Shona Carmen : Head Down to Love

A Bossa Soul groove somewhere between Sly Stone and Air. Add the exquisite acoustic picking and songwriting nous of Matt Deighton to the soulful tones of Shona and you’re in the presence of something very special and undeniably funky.

Dr Robert and The Superimposers : Make It All Better

Like The Impressions jamming over a discarded Casio in some future past barbershop quartet. The gospel keys of the legendary Mick Talbot interlocking with the Dr’s acoustic boogie and all led up the garden path by the Lord of the Omnichord , Miles Copeland.

Nev Cottee with Dr Robert  : Still Got A Lot To Learn  ( Howard)

The impossibly rich voice of Nev Cottee lays claim to the sixties influenced confessional tone of one of the Dr’s early solo efforts.  Baroque strings dance with drum machines and squelchy bass lines all topped off ..if that’s the right word..by Nev’s  effortless baritone.

‘Open tuned bucolic folk imbibed by the spirit of Neil Diamond’ is how Robert describes this beautiful duet with maestro Matt. Made up virtually on the spot it’s a fresh flavour that somehow feels like it’s been here for ever.

Young Jos was born in The Shetlands but now resides in the foothills of the Sierra Nevada in Old Andalucía. He lives alone in a remote  ‘cortijo’ with neither water nor electricity but crucially he has a piano. Its all he needs. He plays every day and the local Pine Martins send word to the Iberian Lynx to get the hell round there and hear what’s going on. All of this is true. He’s a Netflix documentary waiting to be mad.

A heartbreaking break-up tune written and performed by the ‘ real deal’ Mr Pat Dam Smyth. He walks in the valley of giants. Of Cohen and Cave and Hazelwood with his head held high ‘cos he knows he belongs. This casts a spell and keeps you there until you just have to hear it again…and again.

A funky folk fiesta with Maestro Matts labyrinthine acoustic riff weaving its way into your mind. Like Davy Graham sitting in with The Meters. Effortless and easy. Matt holds a unique place in the gallery of British guitar players. He knows how to rock and he knows how to weave.

Sweet Sam goes dub/folk!  A mystical trip from pure folk to deep dub and then back again .  Weirdly it works beautifully. All painstakingly put together by one man rhythm section Crispin ‘ The Pump’ Taylor whilst oblivious to all this  Sam intones her poetic story over the top.

Steve White. .. the finest drummer of his generation. Seasoned musicians fell silent in the studio as he dropped this bomb . A Master in full flow . It doesn’t seem possible but he only has two arms and two legs. Sorcery but no trickery.

Written after a day spent in contemplation at Barnes Common near where Roberts first hero Marc Bolan was killed. Whatever first opens your eyes to the world stays with you.  Roots matter. So does community. The Carter Family knew this and this is a kind of homage. Angelina knows this too.

Chilean singer and guitarist Xime sings her poetic mantra in Sanskrit over a simple acoustic backing. She has the purest voice. The kind that stops you dead in your tracks.  When she harmonizes with herself the heavens open and the light streams in. This message of love and compassion comes just in time.

The Family Silver  : Hello Though

This is old school knowledge of the highest kind. The Classic Trio of our time. Breathing new life into the form with sparkling song writing and timeless grooves. This is a lost art played by true believers. Its transcendent , true and yes it rocks.

Angelina sounds like she’s lived in the Appalachian Mountains all her life when in fact she’s half Chinese and half English and lives on the Isle of Wight! She was brought up with a deep understanding of Country Blues and expresses herself in the purest of terms. Her music comes from a deep well and has no artifice or adornment. She is a living treasure and we are lucky to have her.

Pat’s lament for a disappearing world ..the oasis of Soho under fire from developers and shysters et al ..reminds us of the classic storytelling songs of Ray Davies or Weller or  Suggs..yes its that good.  It’s the perfect end. A homage to a place where the prophets and the poets hold all the cards. We need them now. Now more than ever.