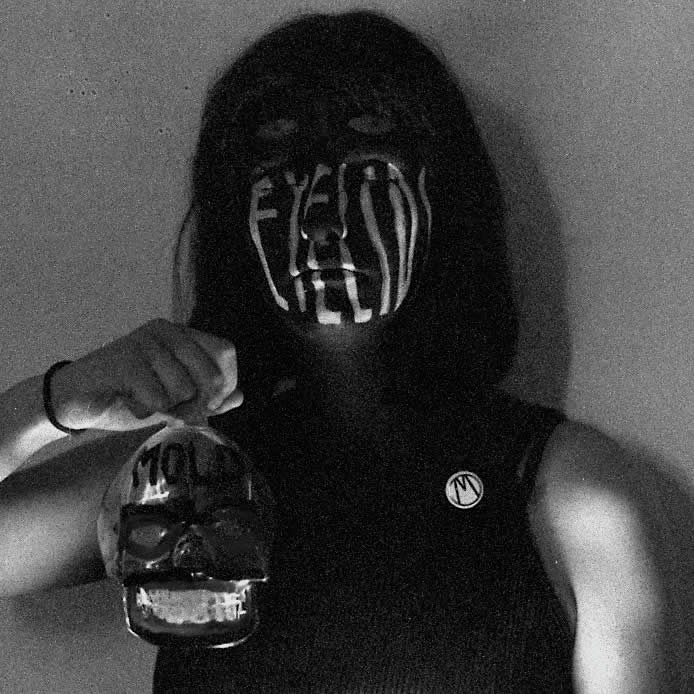 Manchester’s MOLD releases aural sanitation – have you been infected with weak livered indie pop & post-punk? ‘ it’s time to DISinfect – cleanse with MOLD – ingest Eyelids, the new release from the collective. A far-out freakout of the super-wonk. Lucid tentacles test and sleeved and joined? get it? then walk right up and fill your pinnae with Eyelids!

This is MOLD’s third release – Puppetmaster took us deep into the rarified atmosphere of Beefheart meets the Residents, Decay Of Society Megamix into the realm of Revolution Number 9. Eyelids brings us jauntily into Bingo Master’s Breakout Fall meets A Day In The Life, three-time signatures, we don’t want, but stop it must!  We can’t get enough of this uber-artistic and eclectic 4 piece whose gigs offer a non-stop barrage of more outre than outre. Stop Thinking Now!

“After the dark intensity of Puppetmaster it would appear that there is a flickering light at the end of the tunnel… And also, sometimes it’s just nice to get out of the house. – MOLD

“It’s the light at the end of the tunnel! During the set, you see the audience relief when Eyelids plays, as it shows the playful side of MOLD – The song is about a character going through the phases of recovery through a night out essentially. It’s supposed to be tongue in cheek. A humorous reflection of just being fed up with the day to day ordeal!”

“It has so many changes in this song as it helps tell the story. The character’s journey goes through the stages of being fed up, to strange, to anger, to madness. His music reflects the lyrics almost like an obscured musical”

“EP Set to be released called The Death Suite which is being hand moulded to vinyl by the band through Interzone Records set for September. Eventually a debut album.”

Playing Confessional and Freekender in September.

All words by MOLD and Nigel Carr©,  More writing by Nigel on Louder Than War can be found at his Author’s archive. You can find Nigel on Twitter and Facebook and his own Website