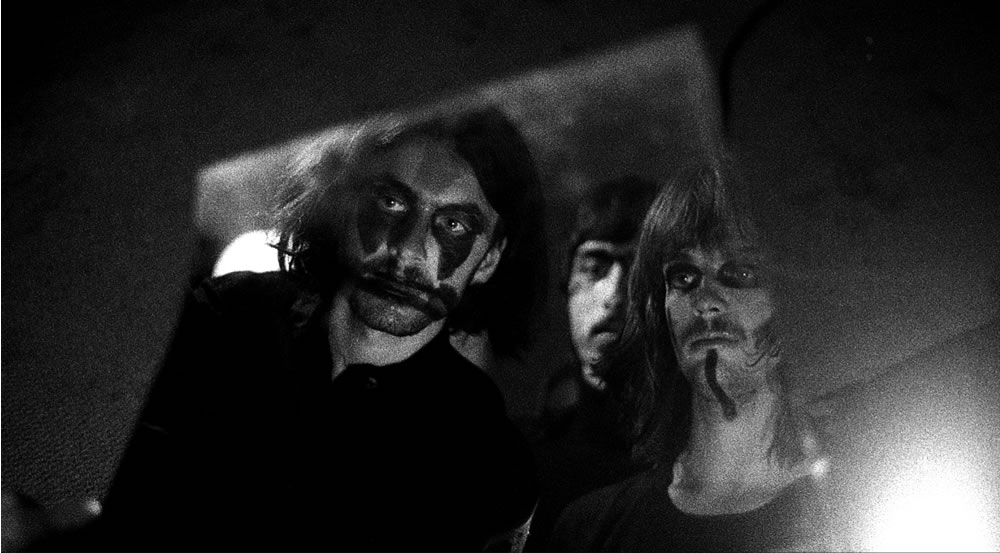 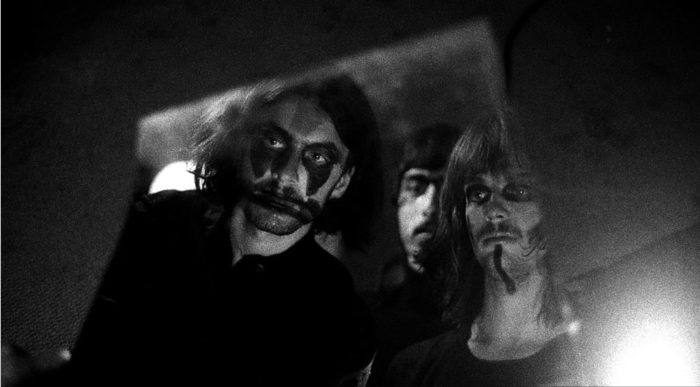 More wonk than wonk, Manchester’s MOLD are unlike anything you have ever seen. Listen to the Residents’ 1974 album Meet The Residents and it might just give you a starting point to understand what this band is about. Watch them live, and it’s 45 minutes of non-stop, far out mayhem. Read our full review of their last Soup Kitchen gig here.  They release their long-awaited Death Suite EP today which is also available on white vinyl.

To celebrate the release of THE DEATH SUITE Manchester’s MOLD are putting on a gig under the guise of their promotions group DENTCHA, with help from Interzone records, the brain child of
Slow Knife, who are handling the physical release. The gig is on Saturday October 6th  at The Soup Kitchen in Manchester. Tickets are £7 on the door or £5 online. There will be a REBIRTH in the Manchester music scene.

MOLD IS AN ABSURDIST REACTION TO THE WORLD WE LIVE IN/IN NATURE, IN YOUR KITCHEN, IN POLITICS, IN GUITAR MUSIC, MOLD ONLY GROWS WHEN THINGS ARE STALE AND START TO ROT]

“MOLD are creating a post-chaotic mayhem on the fringes of Manchester’s burgeoning music scene with their unique style of stop-start, quick-slow, random-rock meets art-rock panic. There is nothing like them right now.” – Nigel Carr, Louder Than War.

“The musical equivalent of a fit of rage, seeing them live is like reverse anger management therapy.” Connor Synnott for Sounds From The Other City Festival “They are (perhaps above all things) the antidote to pretentious Indie. And yet at the end of their set, you realise that you have just witnessed something lifted straight out of classical music: the song cycle. ‘MOLD’ do not perform a conventional series of separate songs. They play a suite. There is no break between each piece and no announcement of titles, let alone banter with the audience. They simply start their set, play the entire cycle, and leave. It is a beautiful irony that uses a 19th-century musical form to subvert a modern one.” – Hera Say’s I Should Be The Star Now (Music blog)

Band photography by Ste & Owen at Through The Eyes Of Ruby