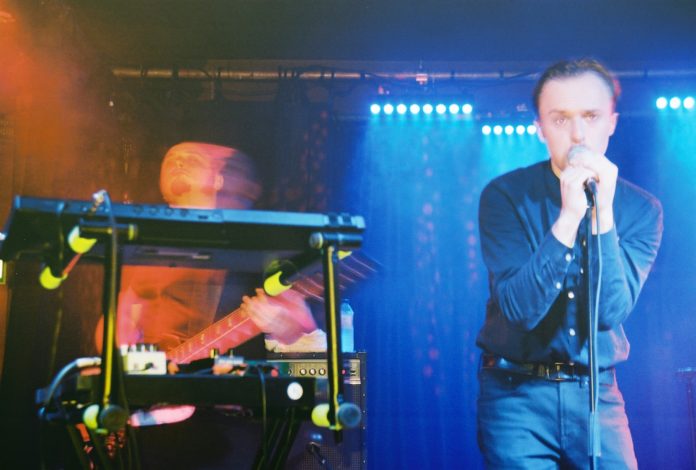 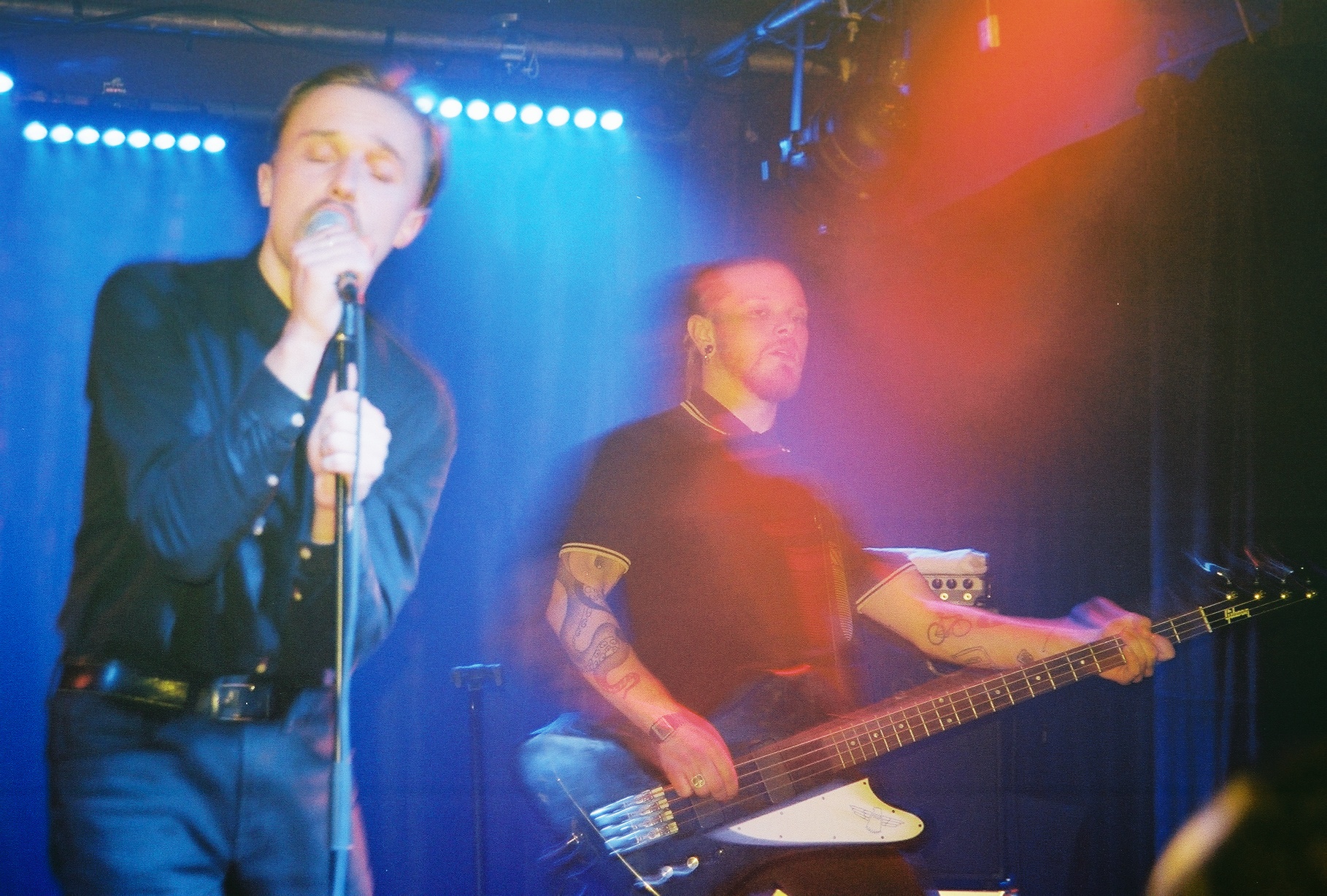 Rhys Delany went to Manchester’s Night and Day Café for a night of Belarussian synth-pop courtesy of Molchat Doma.

The night opened with Cardiff band Private View. Private View were okay. The first two songs showed promise, and the audience were engaging. But I think the general consensus in the room were tired by the third song, as everything started to get very samey.

The synths worked really well for what they were doing, and while the vocalist was good, he sounded like a car-boot Morrissey (sans racism). The music itself, I thought showed signs of late 80’s Cure, however, someone else in the audience argued more in favour of early Roxy Music. Either way, it’s obvious who the influences are with this band and that isn’t necessarily a bad thing. A bad thing is the age-old trope of looking bored while playing your music. The band were giving no energy and it made their short support slot feel far too long.

Molchat Doma really proved to be the antithesis of their support act. Each member dressed in all black. Hailing from a former Soviet state. Their albums are scratchy and lo-fi. Perhaps, in this case, I would excuse a morose stage presence. As I am sure the hipster swaying darkwave crowd would too. However, Molchat Doma brought energy to Manchester. The guitarist, Roman Komogortsev and the bass player, Pavel Kozlov were not afraid to enjoy the danceability of their music. Roman’s passion was infectious and got the hipster swaying start of the set transformed into a full-on mosh pit. 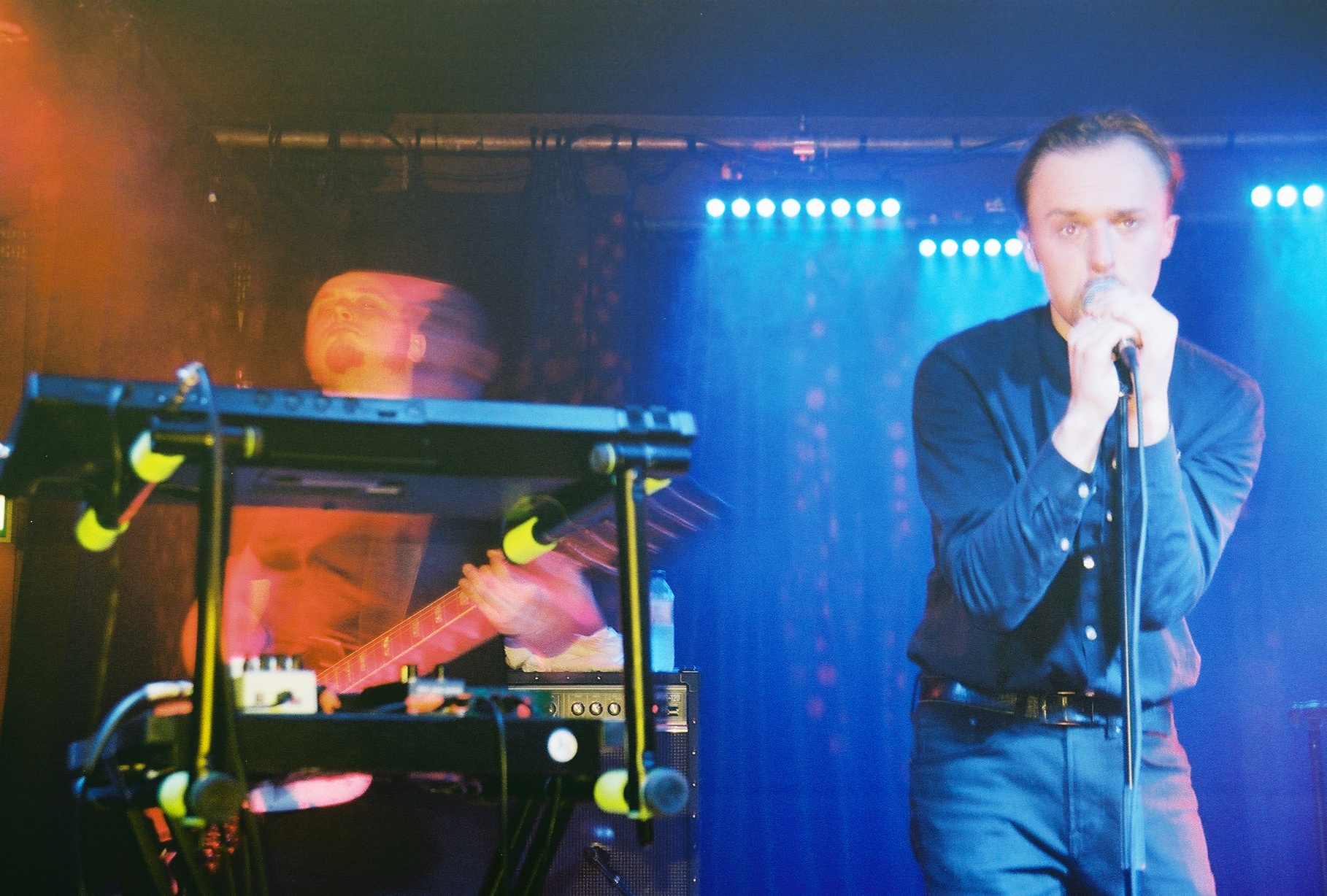 The hype around Molchat Doma is insurmountable. Like many others at this gig tonight, I found the band from a YouTube recommendation. The band caught my attention immediately, sounding like the lost soundtrack to Muscha’s 1984 cult film, Decoder. The band clearly resonated with many more fans than they initially thought having been set to play The Peer Hat, but quickly being upgraded to Night and Day Café due to such high demand.

The band played for around an hour with songs from both their 2017 album, С крыш наших домов and 2018’s Etazhi. The band managed to recreate the sound from their studio work with ease. Effect laden guitar and bass, looped rhythms and a stellar vocal performance from Yegor Schrutko. The highlight of the night came when Roman Komogortsev stood at his synthesiser and treated us to Depeche Mode’s Just Can’t Get Enough opening riff. The audience were cheering and singing along until Komogortsev carves out the opening synth line of Na Dne. The pit starts up and it was at this point, you realised how fucking great this band are.

Molchat Doma are a band that works well in the Manchester setting. It often seems the band are channelling Joy Division with high melodic basslines, drum machines and deep baritone vocals. An influence that clearly goes down well with the crowd. There is some great stuff going on in the Belarussian capital. Along with Molchat Doma, Nürnberg and White Cave are well worth the time of day.

Molchat Doma can be found on Facebook and Bandcamp.