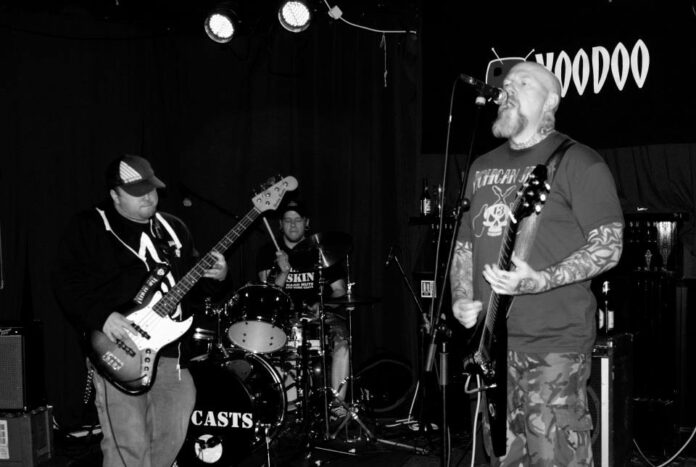 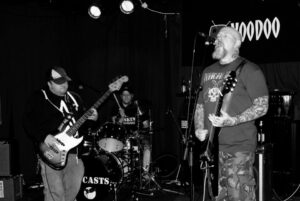 Belfast’s Mohican Jack release Out to Win, an EP filled with the rage, the aggression and the passion that one’s come to expect from a hardcore band. Louder Than War’s Andy Carrington reviews.

After a few weeks playing old Clash records with nothing new really interesting me, Belfast punk-rockers Mohican Jack very kindly sent me its debut EP, Out to Win. Aggressive, to-the-point punk with a melodic edge would be a few words to describe it — especially the ‘Fuck the Police’ song with its lyrics “Pull you over/ They don’t like the look of you / 999 / Fuck the police!” (Shit, I needed this).

The EP has seven tracks in total, beginning with the rousing ‘Today’s the Day’ and concluding with the indefatigable ‘Wrecking Ball’. In-betweeners ‘Born a Loser Out to Win’, ‘Two Wrongs’ and ‘Nine to Five’ are distinctively monstrous in their deliveries; while “One Way in No Way Out”, if only for the title, reminded me personally of a one-time shopping trip to Ikea that brought me great pain (if you’ve ever tried getting out of there on a Saturday afternoon, you’ll know what I mean).

Despite being a digital recording, Out to Win almost sounds as if was recorded for a live audience. Deliberate or not, I picked up a sense of “in-fighting” between the vocals and the instruments being played, which works to the record’s advantage and seems to serve as a statement of what the band has to offer when it comes to being on the road.

Without a doubt, the under-produced nature of Out to Win gives the record great character and definite punk appeal. The lads each perform very confidently in their chosen areas, spouting off, particularly, with some impressive guitar work and energetic drum-bashing to contribute to the overall, impressive sound.

Certainly, it would seem, this was a project undertaken purely out of the band’s love for making music, rather than a desire to just get noticed. The wonderful irony, though, is the former is what’s most likely to get people talking about Mohican Jack and anticipating more from the band in the months to come (I, for one, can’t wait to hear more).

Contact Mohican Jack for a free copy of the EP and find the band on Facebook HERE.

All words by Andy Carrington. More writing by Andy can be found at his author archive. Be sure to also check out his website too.