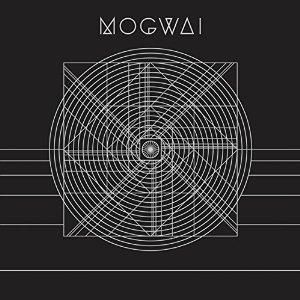 What a year 2014 has been for Mogwai. In Rave Tapes they released one of their greatest albums to date scoring their highest ever chart position in the process. Their seminal sophomore album, Come On Die Young, got reissued making people once again discover their love for this most absorbing of works. They’ve embarked on a extremely well received tour which took in Glastonbury (a gig our very own John Robb raved about) and included closing the final ATP weekender to be held on these shores and now they release Music Industry 3. Fitness Industry 1. a six track EP that includes three original songs created during the Rave Tapes sessions and three remixes from that album, supplied by three of the most celebrated electronic artists currently working today, Nils Frahm, Blanck Mass, and Pye Corner Audio.

Opener, and lead single, Teenage Exorcists you would probably have heard by now especially if you are a 6Music listener. The song is a melting pot of Sonic Youth feedback, MBV pop-noise, and an added dash of Blue Oyster Cult. It’s a blistering number that sees the band firing on all cylinders and sounding like they are having the time of their lives. Teenage Exorcists is a pop song in the good old-fashioned sense of the word. A song that makes you yearn for the days when the charts were not just dominated by X-Factor drones and diet-coke versions of Dance music. You can actually see yourself talking in school the next day about that band of slightly menacing looking Scots who tore up TOTP before those awful Spice Girls came on. Pop music that made you want to pick up a guitar and start a band. Something to turn up loud and really piss off your parents…

We return to the sonic textures of Rave Tapes with History Day, an instrumental that once again displays this bands knack for wringing every emotion out of a listener. An introspective beauty, History Day retreats inwards using only a slight piano breakdown to give us breathing space. There is not a single band out there at the moment that do this kind of music as well as Mogwai. Full masters of pacing and placing, this is their turf and there’s no one who can touch it.

No Mogwai release would be complete with a pin-point witted song title and on Music Industry 3.. that honour falls to the third song, the excellently titled, HMP Shaun William Ryder. What does it mean? Does the HMP stand for Her Majesty’s Pleasure? Who cares, just to name a song after the Happy Mondays lyricist and front man is good enough in my eyes. HMP does, at its base, use a Punk-Funk bass and drum pattern and a guitar tone that does remind of that early period of acclaimed indie from the North. We are swiftly brought back to the now when a glistening piano starts cascading through and guitars get more and more layered. A brief respite occures before the song erupts into Old-Testament fury then fades quickly.

The first remix on the EP comes from Blanck Mass (otherwise known as Ben from Fuck Buttons) Re-Remurdered sees him take on the fan favourite and change it from a Germanic (I won’t use the K word) roller into something that hits…..hard. Re-Remurdered is an concrete slab of industrial electronica that comes flying out of the traps and never lets you breathe, only slowing down as it comes to a close.

We are then treated to a remix of No Medicine For Regret by legendary producer Pye Corner Audio who eases us in with a some swirling two-step drone and the main melody part from the original making it at once seem familiar but unsettling. Gently we are introduced to a four-four bass drum and as things get deeper and deeper we are suddenly lost in a world of Trance music. Don’t panic though, this is not “Radio 1 Presents..Trance” this is the genre in its perfect and untainted form. It creates a world around you where your thoughts can travel. A heavy but warm piece of music.

Closing the EP we have German modern-ambient master, Nils Frahm who turns what was already a highly emotive piece (The Lord Is Out Of Control) into a quiet/loud choral drama. What is particularly excting about this version is that strips the original bare revealing the truly remarkable gift Mogwai have for melody (played here on piano). A fine example of an artist putting their own stamp on a song but also giving the listener a renewed insight into the original. Beautiful.

Music Industry 3. Fitness Industry 1. is a fine way for Mogwai to see out 2014. An exceptional EP from an exceptional band. A band that we should all be grateful for.

All words by Simon Tucker whose Louder Than War author’s archive is here. Simon can also be found on Twitter as @simontucker1979.