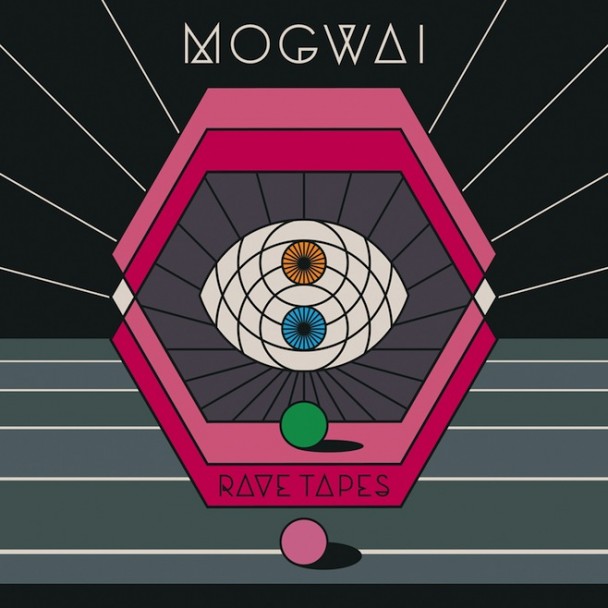 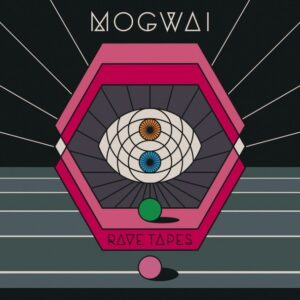 Stuart Braithwaite must be the politest man in rock.

Many bands say ‘ta’ or ‘thanks’ after songs like it’s a real chore or part of the jib of the job but Stuart’s polite Scottish tones sound so heartfelt and so tiny after the huge rocket ship of sound that has just ended marking the end of another ebbing and flowing Mogwai tune that they are instantly more affecting.

This week he has lots to be thankful for.

Mogwai have just scored their first top ten album with the Rave Tapes (reviewed in LTW here) which feels like some sort of victory.

It’s like in them olden days when one of ours would broach the arcane world of the charts. It rarely happens now and it feels all that much better for it. Mogwai’s chart blitzkrieg is there first top 10 placing and sits their surrounded by the chipmunks of modern pop with it’s stunning grandeur and beautiful melancholy making no compromises to anyone or anything.

It is of course, their best album yet. The melancholy is more melancholy, the quiet bits quieter and the loud bits louder whilst it also adds a trippiness and some new sounds to the fray whilst noting a growing maturity. The tracks played from it tonight are real high points in a set that is presented with a real modesty but reaches the heights of the sumptuous Bridgewater Hall in Manchester.

The key to Mogwai is the music because the band make zero effort at the rock star thing. They are the anti Ziggys- a gaggle of stubbled, introverted characters who are lost on the power of their sound- and that’s why it really works. The mini dreads of Luke Sutherland joins them on stage now and then for violin with no fanfare before wandering off again. There are no distractions, just this tidal flow of music that generally starts with stipped down textures and subtly builds to these huge crescendos incorporating beauty, terror and the dark side in a melee of sound that somehow grabs the dynamics of post rock with the adventure of the true post punk of Bauhaus/the Cure Pornography end of Goth with a future daze of their own.

Right from the first song, Heard About You,  they are setting the energy with the power and grace of the new album and it’s these songs that pepper the set that are the the highlight. There is so much inventiveness in their sound that your mind is permanently tripped out and the washes of power are quite transcendental and there are moments when the wall of sound feels like Swans when they are one of their epic trips. All there is to do then is to surrender to the noise and hold your hands in the air and let its salvation wash over you.

The Rave Tapes album shows off the stripped down, more textured Mogwai and it’s this sense of space and stretched out dynamics that is really suited to venues such as this with both old and new songs enhanced by a stunning live mix from the band’s sound person who must have the best ears in the UK. Friend of the Night is dramatic and delicate, Hunted By A Freak leaves you sound surfing on wave after wave of glistening feedback and our favourite Mogwai title I’m Jim Morrison, I’m Dead is a real set stand out with its emtional skree.

The keyboards seem to be a bigger part of the sound now like on the impassioned Friend of the Night which keys payer Barry sings one of a couple of vocals through a vocoder like some sort of seventies kraut rocker on The Lord Is Out Of Control. Whilst Stuart sings a barely discernible vocal on new track Blues Hour which is the perfect moment in the set with a churning end section that could go on for ever with it stunning hypnotising power.

This is not a rock n roll show but is equally not  a prog show.

Mogwai have arrived at a unique place- modern classical in a sense- their music toys with you in a way that the primal and beautifully simplistic tricks of three chord R nR could never dream of. Mogwai is subtle, powerful and multi layered but presented in a totally non snobbish way.

They make the complex simple and the artful easy and that’s why we love them.