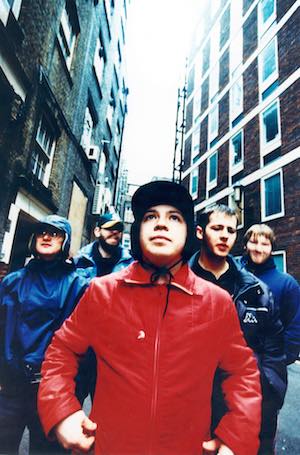 Last week we ran an interview with Stuart Braithwaite of Mogwai about the imminent re-release of said band’s iconic second album, Come On Die Young (CODY). The album is due out properly next Monday and today, to continue ramping up the excitement, you can read Simon Tucker’s review of the album which he considers worthy of a perfect 10 / 10.

“Old songs stay to the end, sad songs remind me of friends.”

1999. Pre-millennium tension was in the air and the UK as a whole is in a state of flux. Unemployment was at the lowest it had been for twenty years, but a sense that the New Labour bubble had burst as in the year’s European parliament elections, the Conservatives celebrate their best election results since the ’92 general election.  Police clashed with anti-capitalists in London. Three bombs go off in the space of thirteen days in London all seeming to target prominent Black and gay communities. Two people are killed and just under a hundred people are injured. A report into the murder of Stephen Lawrence slams London’s police force and deems the establishment as “institutionally racist”. There is some positive news as the newly formed Welsh Assembly and Scottish Parliament hold their first elections and meetings and a minimum wage is introduced throughout the UK.

Musically, things were also in a state of metamorphous. The Britpop bubble had, finally, burst with some of the main players in the scene either releasing bloated, turgid, OTT monstrosities, or wallowing in come-down woes whilst the limelight was certainly dimming for many of the fringe players who’d been signed in a rush to get the next *insert big guitar band here* and were now facing a future where they would be returning to the club circuit and musically going around in circles chasing their tails. The way people consumed their music was also shifting slowly leading the big labels into panic mode.

Lets face it, the signs were there. Bands who would continue to be relevant into the next century and keep progressing musically were already starting to see the shift and peep behind the wizards curtain. 1997 had seen releases by bands such as Spritualised and Radiohead which dealt with the uncertainty and perception that many of us were feeling as did a band from Scotland who released their debut that same year. That band was of course Mogwai, and with their debut album “Mogwai Young Team” they delivered a raw, brutal, yet introverted, and tender record that was, easily, as good as, or massively better than, any other release of that year.

Following a critically acclaimed debut album can be a tough job for artists. People complain if the follow-up is too different, or complain even harder if it’s just the same. Luckily, Mogwai not only delivered a record that held up against its predecessor but they also delivered a piece of art that succinctly vocalised a time of concern, anger, positivity, and warmth.

Come On Die Young is a perfect album. Don’t believe me? Go listen again. From the opening notes of Punk Rock, which uses an Iggy Pop television interview where Pop describes how he feels about the term punk rock and what he feels about the music that people are using the term to describe, the listener is engulfed in Mogwai’s world. As openers go, this is up there with the greatest of them all. It sets Mogwai’s stall out instantly, with them using Iggy’s words to describe how they themselves feel about musical labels. It’s a sweet, passive/aggressive opener and one that makes the hairs on your whole body rise. The fact that this then leads us straight into Cody, in an inspiring bit of running order selection, only adds to the feeling that this album is one you must commit to and let yourself be taken away on.  CODY is as a free flowing and organic record that you will ever find. Every note is played exactly where it should be. Gaps are left the perfect amount of time, and layers are added and removed like waves washing up on shore. Now, this is not to say that CODY is a sterile or calculated album, far from it, it is human and celestial. The beauty and terrifying force of nature can be found within the groves of this record. CODY also cuts down any lazy criticism that Mogwai are just a loud/quiet band enthralled by Slint or LOOP.  There are slabs of noise on the teeth-gritting majesty of Chocky and there are moments of targeted snarl on cuts such as Christmas Steps and Kappa. We are also reminded how much of a groove Mogwai have when they play when we hear Help Both Ways and Year 2000 Non-Compliant Cardia, yet the prevalent emotions that you feel after hearing CODY are yearning, warmth, affection, and …. love. Yes, the aforementioned Cody is an example of this with its lapsteel playing and direct lyrics but the songs on here that really tug at the heartstrings are ones with no lyrics at all and they are placed slap bang in the centre of the album, Waltz For Aidan and May Nothing But Happiness Come Through Your Door. These two are more heartfelt and romantic as anything you will hear on radio or what the music press/labels term “love songs”. They speak a thousand words without uttering a single syllable. They can connect with anyone and are a perfect reflection of the changing attitudes, especially between men, towards emotions and how it is ok to display them. In this respect, Mogwai seem to follow in the lines of bands such as Joy Division or The Cure who were young men making soul-bearing art and were unafraid to show emotions. In fact, it is The Cure, and albums such as Pornography and Disintegration, that CODY seems to have most in common with. Each of these albums flowed and were at once horrific and intimidating yet also tender and serene. The album finishes with the diptych Punk Rock/Puff Daddy/Antichrist which reintroduces us to the musical motifs we first encountered at the start whilst adding different instrumentation such as a trombone, leaving us with a sense of familiarity but also that something has changed within us. This is the part where you start the album over again…

This reissue also offers us a spate of interesting extras which include the rare three track Travel In Constants EP (Arundle from here is especially worth investigating. An exquisitely hymnal piano piece), the tender Nick Drake, and Hugh Dallas. We are also treated to CHEM 19 demos and Cava sessions which show us that even though the songs are reasonably fully formed and could easily have been released as they were (most of these demos are better than most bands finished products) the move to Mercury Rev’s founder member Dave Fridmann’s Tarbox Road Studios in New York was vital to making the leap from a very good album to a stone cold classic. Fridmann’s production brings Martin Bulloch’s drums higher in the mix adding clarity and snap to the music. He’s also helped create an album that feels live and one in which you get the sense that the band are playing in your room. He (Fridmann) also adds a polish to the album which helps give it its cohesive feel.

The fact that you can get this with a boxset which contains four 180g vinyl also adds to a feeling that this reissue is something special and not just a lazy cash-in.

If you’ve not heard Come On Die Young then rectify that immediately. Let it wrap its arms around you and listen in your ear. Take its message on board and engage with its world. At times it may scare you but that is only a reflection of the world we live in. It is scary, it is worrying, yet there is beauty to be found if you look for it.

It’s like the solar eclipse that occurred during the year of its release. A dark shadow but one that you know contains a bright warm light behind.

Stuart Braithwaite himself can be found on Twitter as @plasmatron.

All words by Simon Tucker. More writing by Simon on Louder Than War can be found at his author’s archive. Simon tweets as @simontucker1979.