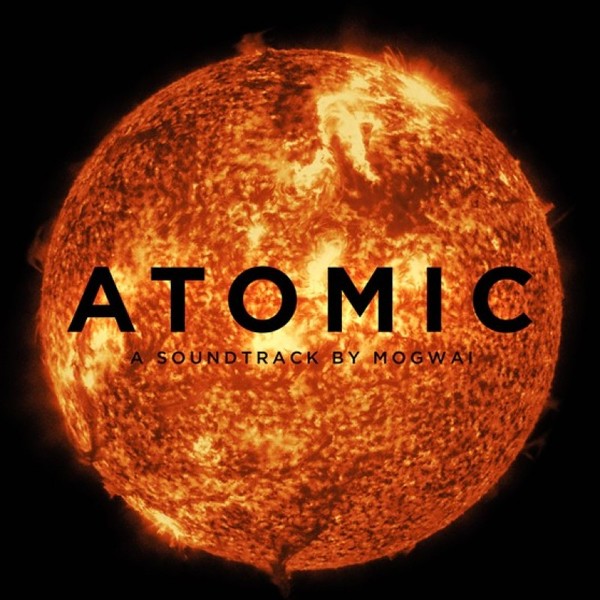 Costing approximately over £160,000,000 to renew our Trident defence system has been a cause for some serious debate for some time now and what with the anti-Trident SNP and Jeremy Corbyn sweeping to victory in their relevant elections there seems to be a huge groundswell of support for the cancellation of our nuclear weapons systems as they stand.

Prominent and vocal supporters of CND, Mogwai recently soundtracked the wonderful Mark Cousins history of atomic energy documentary ‘Atomic, Living in Dread and Promise’, a film that was extremely powerful, disturbing, and thought provoking. This new full length album by the band consists of songs from the film in reworked form and what the band have delivered is not only another high-quality release but one of the most powerful protest albums of the last thirty years.

From the press release and various interviews that Stuart Braithwaite has conducted regarding Atomic you get a real sense of how important the subject matter is to them and how proud they are of the finished record and you know what? they should feel proud as they have delivered what is quite possibly their strongest set of songs ever. Atomic is concise, euphoric, terrifying, and full of twists and turns. It rages, it soars, it breathes down heavy upon ones shoulders and lingers high in the heavens. It is fucking angry…it is melancholic..it is blissful…it is searing.

Without uttering a single word (bar the odd distorted voices near the end) Mogwai have made an album that screams at us to WAKE UP!!! Battle lines are being drawn in the sand and it’s time to decide which side of the fence you are sitting on.

So what does the music play out like? Scram lurches and slams like the rising military industrial complex getting heavier and heavier as it thunders through you, rolling onward in its march to total domination. Ether you will all be aware of by now especially if you listen to Mary Anne Hobbs’ 6Music weekend show as when she played it the socials lit up. U-235 (the chemical term for uranium) touches on the sonics of Rave Tapes but adds far more grit to the motorik, fraying at the edges as it lifts and dips. Pripyat takes us through the abandoned city on a grizzly tour of wasteland and human shadows left after the Chernobyl disaster and, coupled with album closer Fat Man, adds up to some of the heaviest recordings the band have ever produced.

Moments of beauty are here to be discovered as on the hymnal Weak Force which fades and reemerges riding towards its conclusion as well as the aforementioned Ether which paces itself to pefection. Little Boy instantly feels like a Mogwai song with the drums at funeral pace, hitting hard but full of precision and drama whilst the guitars and synths weave melodies that flutter and cry. Tears cascade as Little Boy builds in volume and impact, emotions get torn to shred. A raw listening experience that only a band like Mogwai are capable of pulling off.

Are You A Dancer actually seems to be a relative of Come On Die Young’s magical CODY and Tzar rolls like a waltz from way back when before it bursts into life with ghost voices heard in the mix fighting for breathe.

As mentioend before Mogwai have with this album and without saying a word the band have created one of the most powerful protest records ever made. Atomic is not only a strong Mogwai album but it could well be their strongest to date. It is a pure masterpiece from start to finish and serves as a true testament to the characters of all those involved in its creation.