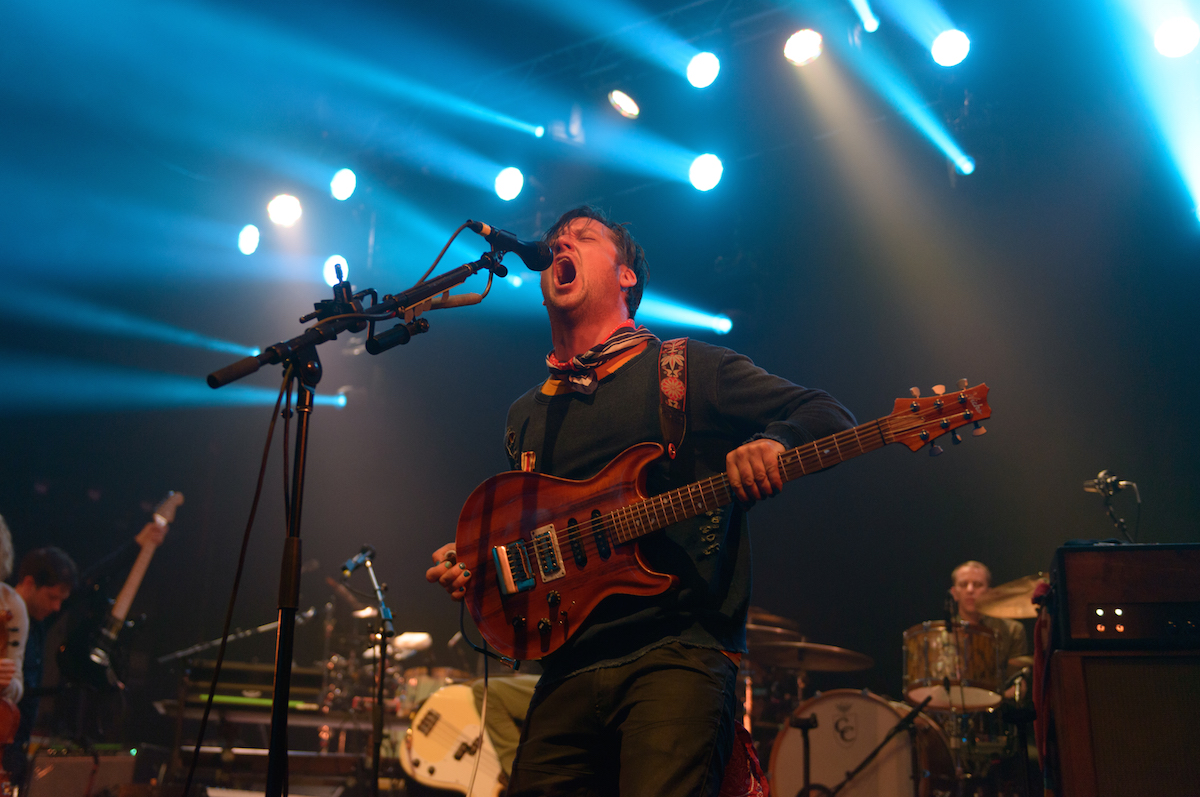 Tonight sees Modest Mouse in incredible form, their command of the crowd is nothing short of brilliant! As we’re left in complete awe by tonight’s set.

Modest Mouse finally return to our shores, following a lengthy time away they’re back with the brilliant Strangers to Ourselves and tonight they take over Newcastle Academy to a rapturous reception. However, there are two ample supports in the form of Elle King and Hippo Campus, the former blows this audience away with her sheer power.

Even at the back of the room, Elle makes her presence felt with her huge tracks, the perfect way to start the evening. It’s a shame that the same can’t be said for Hippo Campus who have all the energy and excitement without the substance to match. Their jaunty guitar driven pop akin to that of Little Comets and local upstarts Lisbon, yet it fails to set our pulses racing. 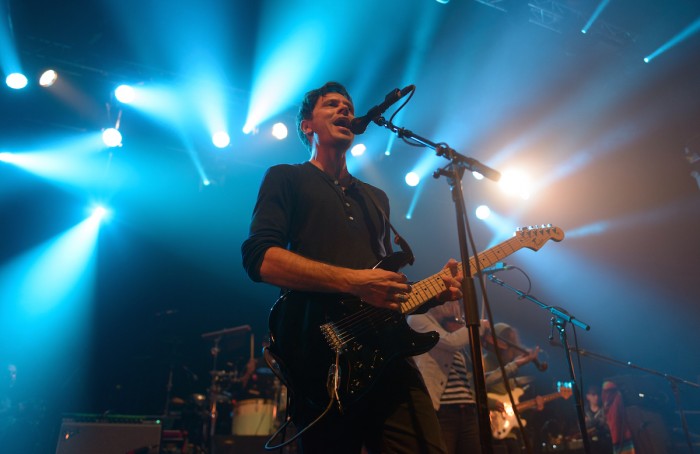 This feeling is short lived though as Isaac Brock and his band take to the stage, Brock clad in military hat and a tail they’re greeted by a raucous crowd. As the opening chords of Gravity Rides Everything ring out, the atmosphere intensifies as Brock whips this crowd into frenzy. The set quickly gathering pace as Lampshades on Fire brings about the first mass sing-along of the evening.

Quickly followed by a personal favourite of Dashboard, by this point the crowd are reaching fever pitch so early on, immediately bringing about the question -have they peaked too early? Any fears that I had are quickly quashed as this phenomenal band tear through an incredible set comprising of old favourites and a slew of tracks from Strangers to Ourselves.

With Pups To Dust and the wonderfully jaunty The Ground Walks, With Time in a Box being the highlights of the new tracks. Yet they retain their best until the end of the main set, with angst filled Doin’ The Cockroach and the brilliant Talking Shit About A Pretty Sunset. Their set is effortless with epic tracks blended so easily against raucous punk jams, Modest Mouse know no bounds when it comes to thrilling the audience tonight. 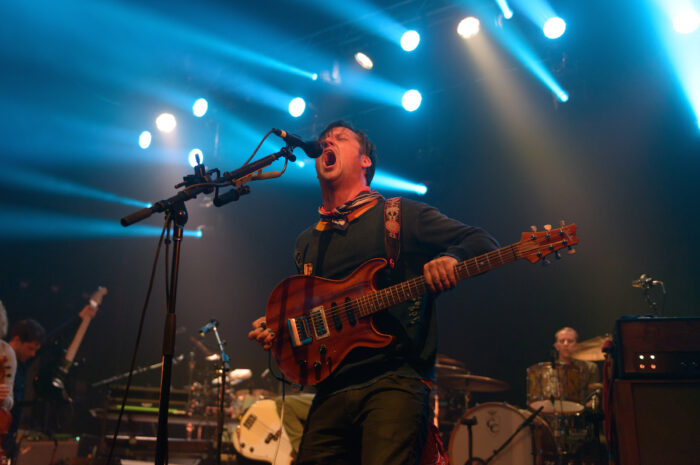 To add to all of the excitement of the evening Isaac is also celebrating his 40th birthday, with a rabble-rousing version of Happy Birthday. Could this night be any closer to perfect? Probably not but the band return to play a mammoth five song encore, including King Rat and the jaunty and fun Sugar Boats from Strangers To Ourselves.

Modest Mouse were in phenomenal form tonight, their ability to work this crowd and leave them aghast and wanting so much more is undoubted. Despite this huge set, we could of happily stayed all night and I’m sure they could have kept the party going. As we’re forced out into night though, we cannot help but hum the jaunty melody of Sugar Boats all the way home!