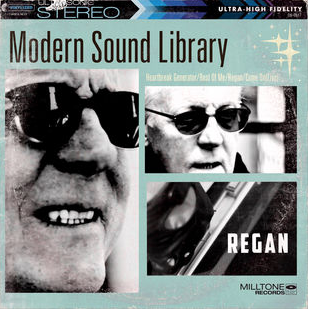 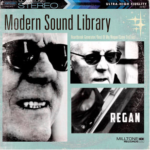 Manchester band Modern Sound Library have recently released their second EP, ‘Regan’. Louder Than War’s James Lowther gives it a listen, and confirms that this is indeed a library of old-school sound with a modern twist.

I had a good idea of what to expect heading into Modern Sound Library’s second EP. I’d checked out their 2013 Dark Matters EP a few weeks ago and it was right up my street, so I was eagerly anticipating this new release. And I wasn’t disappointed – the four track EP left me eager for more.

Title track ‘Regan‘ is ripped directly from a gritty cop drama from the seventies. (In fact, upon researching the band a little bit I can confirm that they cite ‘The Sweeney‘ as one of their musical influences). And the video is a belter. You can check it out here:

Their live track  ‘Come On‘ sounds like a mixture between Television and Elvis Presley but in a good way. There’s a punchy riff that drives the whole song forward, some dark brooding vocals (complete with lots of “c’mon baby”s) and a fantastic guitar solo. Judging by this track, I’m sure they’d be a top band to catch live.

They fully embrace their influences. It’s almost as if these songs were put in a time capsule in the 60s and only recently excavated. This is particularly true with the catchy ‘Heartbreak Generator’, which has all the psychedelic components and tight drumming of an early Beatles tune, and the kind of chorus that gets stuck in your head for days on end. A definite earworm.

Highlight of the EP for me, though, is the surprisingly sweet ‘Best of Me’. It’s a nice change of pace from the rest of the EP, slowing down the tempo a bit. I feel like it showcases quite nicely what the band will have to offer when it comes time for a full blown album, and it gets me excited.

Regan is out now, and you can get it here. You can also find Modern Sound Library on Facebook, or on Twitter @MSLTheBand.