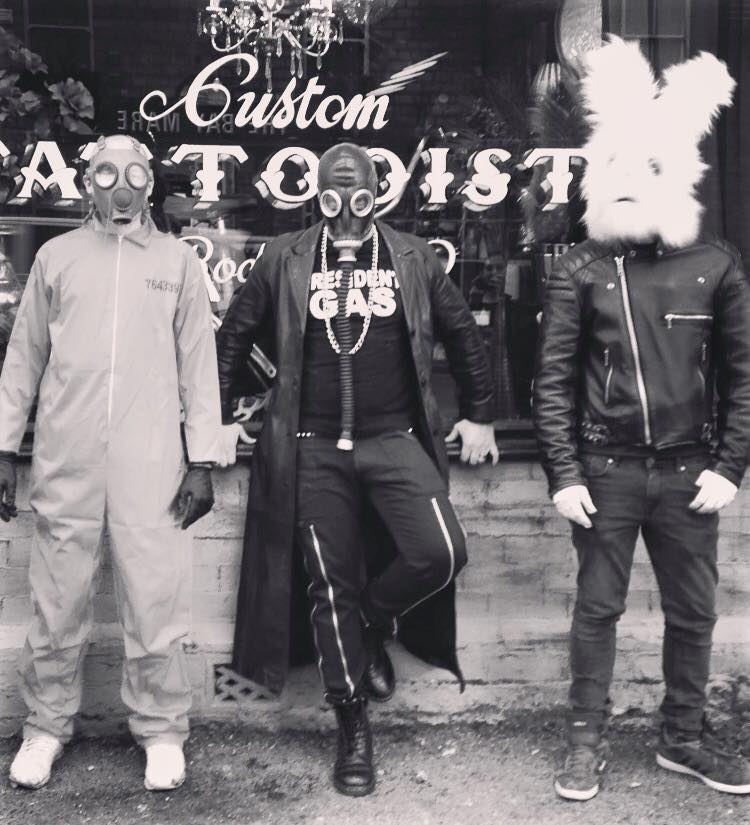 Modern Family Unit are stirring up the ‘Sound of Manchester’. It may seem like a weighty admission, but it’s true, as the basis of their track, Law, has been recently used on a ‘Marketing Manchester’ campaign as that very thing, the soundtrack to the video Manchester. The Original Modern City.

This is group to keep your ears a-tune to. A  Mancunian creative collective who combine passionate intensity and some welcome Northern irony around the electronic music duo of Gary Hilton and Steve Southern, Modern Family Unit are ma 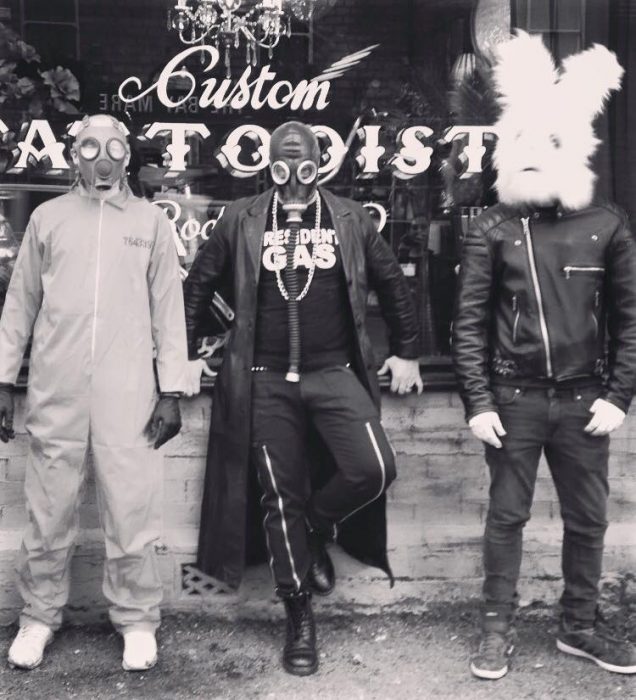 king music and visual compositions crafted to give contemporary listeners a hit of something a little different.

The group grows outwards from the permanent duo of Hilton and Southern at its centre. They’ve worked with a range of iconic artists over time (as seen in the bottom picture), including model and dancer Shireen Ashton/ Cherie Bebe.

But what makes them the ‘Sound of Manchester’, so to speak? The Neighbourhood Mix of their track Law– a stripped-back, instrumental version of the final radio cut, has recently been used in a film Manchester: The Original Modern City. The film was launched at MIPIM in Cannes and commissioned by Marketing Manchester. It is the stand-out electronica which creates a sound capable of communicating the pace and pulse of the city.

On a further level of excitement the soundtrack not only became the version Modern Family Unit are releasing soon, but also the Manchester legend (ex-Factory & Depeche Mode, New Order producer) Mark Reeder has been working on a Berlin Brigade remix, a 12″ vinyl piece. Reeder himself is returning to play his home city of Manchester 5th August at Tiger Lounge.

But what can we expect?  80s New Wave meets modern mastering. It is catchy listening unrestrained by convention. The single will be released 1st September on independent Manchester label GAS Records. There will be vinyl format available with Reeder’s extended remix, plus a second track Home – the calmer, settled, safe side of the sound.

With the track Law itself you are in for a high energy fix. It opens with intense, well-paced drumming from Andy Dawson before plunging bass and relentless hi-hat hook the listener into a spiralling tale of a tune. The unfolding web of electronica has an exploratory quality, adding intensity and interest to the music and keeping it notably different from much of the commercial material out today. Bass, electronics and built-up vocals mesh together for musical strength.

Law could seem well-suited as the ‘Sound of Manchester’, in turn, as it seems to amplify the oscillations and uneasiness of city-living in a musically meaningful way.  Original Lyrics like “I’m 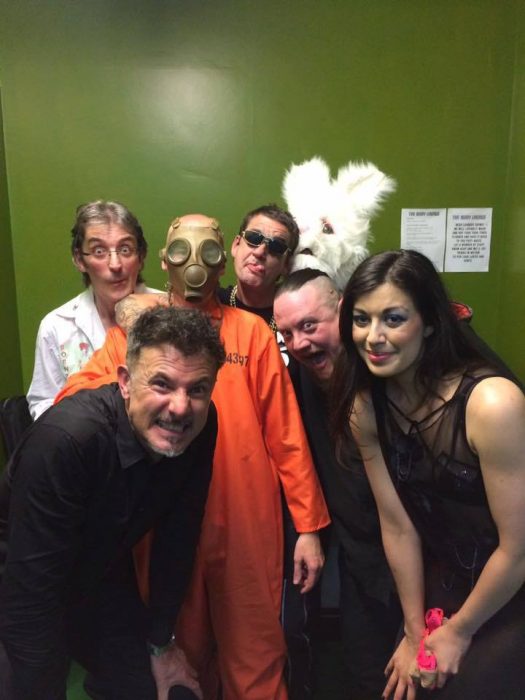 sat with a head clashed in Los Angeles, about to cry” seem to seep a tale of division, mental images stirring up a confused musician torn by countries and creative ambition.

Powering into the second verse, the drums and hi-hat further heat up the intensity and the electronica builds to a blistering soundscape with hand claps. There’s something frantically human about this track, almost tangible, before the more subdued tones surrounding the reflection of “Sadie was a dreamer, Sadie was a dreamer”.

All the while, that rousing yet reassuring bass – the type you want to sway your sides to – keeps it together, telling us that unity can be found within the urban. The refrain of ‘don’t you throw your love away’ alternated with ‘it’s breaking in the law’ is an effective use of contrast, ideal for reflection on the fade-out.