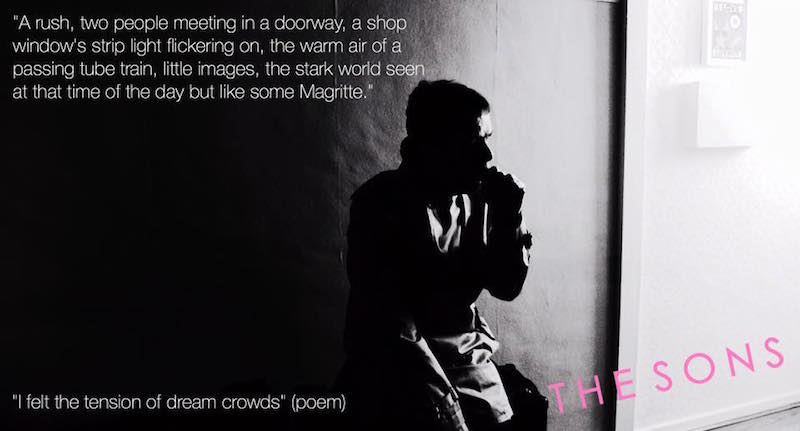 Long time Louder Than War favourites The Sons have announced that their latest release, due out this month, will be the double A side single of ‘The Tension Of Dream Crowds’ b/w ‘Hinterland’. Stream a teaser video above, read a review by Carl Stanley below.

The New single by The Sons also features Richard Woodcraft on engineering and has musical help by Gary Day from Morrissey and Damien Hand from James Hunter / Daptones / Jerry Dammers Arkestra. The single comes from The Sons upcoming 12″.

As popular and inspiring as the whole mod and post punk era has been on upcoming British groups over the last 3 years, there’s really only been a small handful of groups who have actually taken something like the cut of Weller’s jib and the power, passion and suss of The Jam and moved it on, fusing it with their own self-belief and imagination to create a sound, and style, which both pays homage to the past but also sounds contemporary; and more importantly speaks to today’s generation.

Which is why Louder Than War have been following The Sons since we reviewed the excellent ”Down By The UV Lights’ back in November 2012 … and why we’re so pleased that they’ve just gone and recorded probably their finest single release yet in the shape of this new upcoming double A-side single featuring ‘The Tension Of Dream Crowds’ b/w ‘Hinterland’. 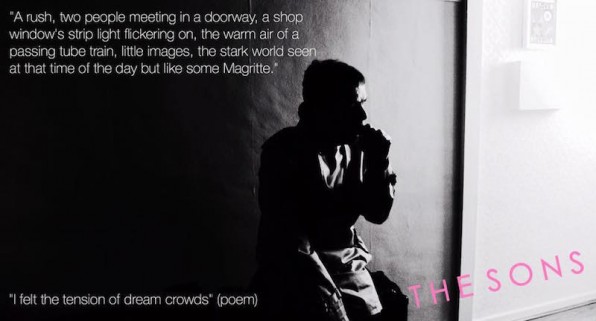 The track doesn’t just show off the Weller-esq vocals of the guitar playing front-man Stuart Farden though, but also the talented and tight fluidity of the band’s rhythm section. The first number ‘The Tension Of Dream Crowds’ screams classic Jam, especially via the infectious harmony of Fardens lead vocal. The productions not bad either. The single was recorded at RAK studio’s just like the band’s previous three EPs and its crystal clear production brings every chord and beat so close you can touch it. The singles other A-side ‘Hinterland’ performs a little like The Jam’s ‘Precious’ exposing the darker, more funkier side to The Sons, with two tracks playing nicely off each other and showcasing the band’s versatility for sound, beat and style. 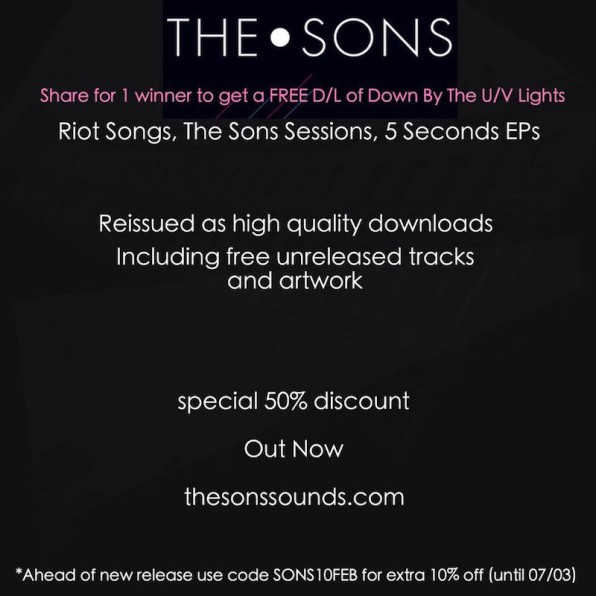 But its their own artistry too, along with a passion and understanding of all their influences (Otis Redding, Dr Feelgood, The Sex Pistols) which means they’ve ended up with a  momentum and approach which makes them stand out from the many other mod influenced bands about today.

Influences can only take you so far, of course – the rest you’ve got to come up with yourself and it’s one of the key factors which has seen The Sons, and groups like The Spitfires, lead the way within today’s British mod inspired movement.

Devolving their own feel and taking on one of our greatest music scenes ever sets them apart from the multitude of groups inspired by the genre today.

Fall for ‘The Tension Of Dream Crowds’ / ‘Hinterland’ and it’ll probably have you backtracking for the group’s past releases from over the last few years.

Our single of the week, The Sons do it again!

Look out too for The Sons 12″ later this March.

The Sons can be found online here: thesons-uk.tumblr.com. They’re also on Bandcamp and their lead-man Stuart Sons is on Twitter as @stuartthesons.

You get a free download when you purchase The Tension Of Dream Crowds / Hinterland of Down By The U V Lights / Accomplices.

There is also a 4 track Heavyweight 180g Vinyl 12″ Picture Sleeve Maxi Single available which  includes a free digital download code of all 4 tracks plus bonus track Hinterland (the alternative demo mix) and expanded deluxe sleeve notes download. Pressing is limited to 300 copies so what are you waiting for?

Muck And The Mires: Take Me Back To Planet Earth –...