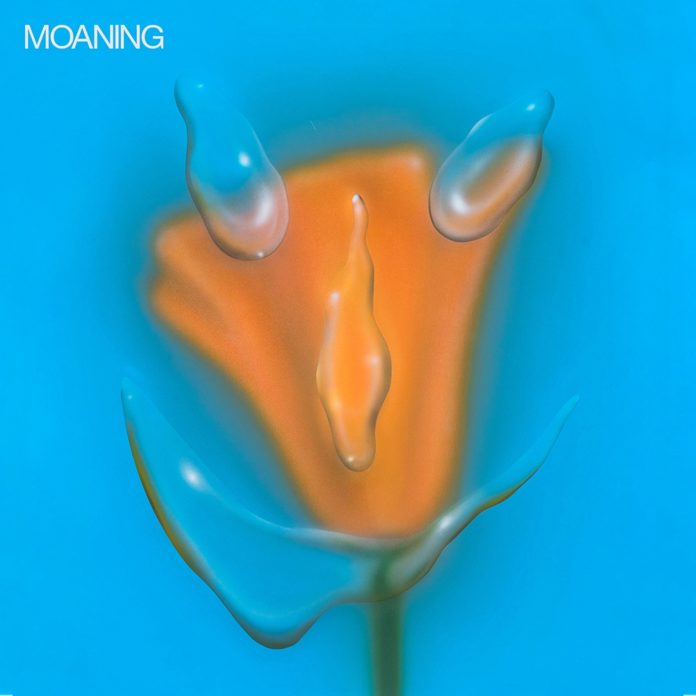 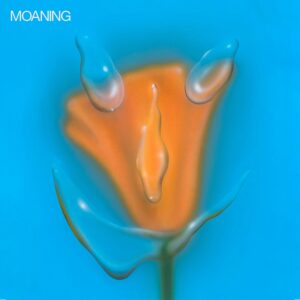 What happens when an abrasive rock trio trades guitars for synths, cranks up the beats and leans into the everyday anxieties of simply being a functioning human in the 21st century? Here is the answer… the second Sub Pop album release from this Los Angeles-based band. Ged Babey likes Moaning.

The best thing about Moaning, and I’m being kinda flippant here, and deliberately contentious, but I do mean it, is that we don’t have to listen to all those old Joy Division records any more… here are (the new) young men with a weight on their shoulders.

They don’t actually sound like Joy Division but, to me, somehow are a modern take on, have the same essence with a similar gravitas… a knowing seriousness, yet they have made the surprise ‘alternative’ pop album of the year.

And it’s on Sub-Pop!  At worst, if you want to cynical, Uneasy Laughter sounds like an introspective Erasure with self-analysis replacing the positivity. Which in my book is still a ‘good thing’.  Really.

(My original opening was…)  I like Moaning.  My wife and mates will agree… It’s a strange band name perhaps, but you can moan with pleasure too…. I’m told.

The promotional video for Ego is really not to my taste at all – but the song is brilliant and the sound beautifully retro yet modern. On first listen it reminded me of my friends Inferior Complex … they liked the track too, but agreed it was superior to and more complex than their music.

Vocalist/guitarist Sean Solomon, bassist/keyboardist Pascal Stevenson and drummer Andrew MacKelvie have been friends and co-conspirators amid the fertile L.A. DIY scene for more than a decade. They are also immersed in other mediums and creative pursuits — Solomon is a noted illustrator, art director and animator, while Stevenson and MacKelvie have played or worked behind the boards with acts such as Cherry Glazerr, Sasami and Surf Curse. On Uneasy Laughter, they’ve tackled challenges both personal and universal the only way they know how: by talking about how they’re feeling and channeling those emotions directly into their music.

Moaning remind me a bit of The Sound too (80’s band, led by Adrian Borland, halfway between better known contemporaries Joy Division and the Bunnymen) Their music was doleful and earnest yet inspirational too – and there is something about Solomons delivery and voice which is vaguely similar to the late Borland.

(More Press Release content)   Solomon admits Uneasy Laughter could have gone in quite another direction had he not gotten sober and educated himself on such core subjects as gender and mental health. “I did a lot of reading in the tour van — authors like bell hooks, Mark Fisher, and Alain de Botton, all really inspired me. I don’t want to be the person who influences young people to go get high and become cliche tragic artists,” he says. “What I’d rather convey to people is that they’re not alone in what they think and how they feel. ‘Ego’ specifically and the album overall is about those themes — letting go of your bullshit so you can help other people and be present.”

Fall In Love is my least favourite track from the album, due to that terrible ‘Road To Nowhere’ rhythm which comes in early on…

There are some great lyrics in these songs. Simple, profound and a touch of dry humour.

Authenticity isn’t what it was.  Is clever and cool – from Make It Stop.
The highest high / The lowest low / I want to lose my ego.  Is a nice couplet.
It’s easier to complain / But there is beauty in the mundane.  A neat truism
I want to be anybody but myself   is desperately sad.
Narcissism is not empathy  is kinda Manics somehow.  And those four are all from one song, Ego.

I am still surprised at how much I like this album. How much it feels like an unheralded 2020 classic already. How it really does seem to be an idiosyncratic alternative pop album with a depth and insight which few in recent years have had. Yeah, it has echoes of the past, to me, at my age, but is the sound of anxiety & introspection now and a glimpse of a positive future for art-rock as self-expression with different outcomes than in the past.