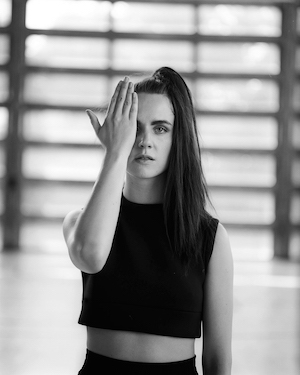 Theoretically, Danish electro-pop singer-songwriter Karen Marie Ørsted aka MØ is a fierce and sultry character; a woman who holds no prisoners on stage and who has the love of music coursing through her veins. In person, Karen Orsted is a passionate, kind, relatable and unbelievably friendly young woman. Harley Cassidy gets talking to the singer at this year’s Secret Garden Party to find out what makes her tick.

Louder Than War: So how was your journey?

MØ: It was good! We’ve just been in Germany yesterday, you know, it’s the festival season, in Sweden we have three festivals every week, but it was fine!

Am I correct in saying you’ve played Secret Garden Party before?

I played it last year. I loved it! I played that stage where it was like inside of a big old tree and I remember when we walked out into to the festival, people spraying paints on themselves, it was crazy! That’s what everybody says; at Secret Garden Party people really just go mad!

What are your general thoughts of the UK?

Well, they have nice taste, I mean, so many great bands come out of the UK and it’s hard to get into the market because obviously if the stand outs are so high, you’ve gotta be good. I like that.

You played Great Escape which is where I first saw you and I was just amazed. You were crowdsurfing, singing in the middle of the audience… where do you get your energy from?

I’ve been in a punk band for five years and I was in the activist punk movement for ten years, like when I was a teenager, and I think it’s because the things I enjoy most when I go to a concert,  as a viewer, is to see the artist go crazy. It’s not really about how they look or anything.

Yeah! You can see the person behind the music and the human. It’s about letting go and about being true and to live through the feelings you have through songs. I don’t want to look at someone just standing there going (sings high note), fuck that, I mean anyone can do that.

Haha, yes, the perfect pop singers can be so boring.

Yes, so boring! It’s fine and it’s nice for certain people but I just really like to shake something.

That’s the beauty of punk though. So punk is a massive influence for you?

Yeah, I started making music when I was a little girl and back then I was into Spice Girls and pop but then when I became a teenager, that’s when I got into the whole activist and punk environment and that time in your life means something because that’s when the whole world is opened to you. Sonic Youth is my favourite band of all time but I don’t know if you’d call them punk, they have an edge. But bands like Black Flag, Sex Pistols, The Clash, stuff like that… I like punk that has hooks to it, ‘cause I’m a sucker for pop, as I said.

You did a cover of Spice Girls “Say You’ll Be There”, which I actually prefer to the original, are you all about the girl power? Since you were little?

I guess. I’ve always been a bit of a tomboy, you know having more friends that are boys…

Yeah, when you’re friends with girls you have to figure out all these things and with boys it’s just a bit more simple and you can just have fun. Of course, I have a lot of girl mates too, but I find it very easy to connect with the mind of boys.

What current artists are you championing right now?

I mean, it’s all the obvious ones like FKA Twigs, I love Banks too and Sohn. What else? This American band called Holy Child, there’s so much good stuff rising at the moment.

Have you ever heard of a British artist called King Krule?

Ah, yeah! I love him. He’s not so much new though? 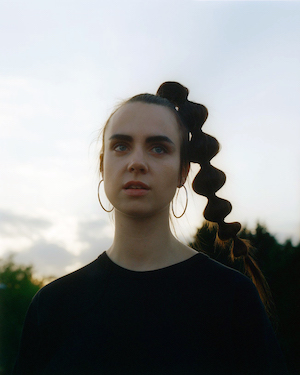 No, not necessarily, but I remember I first heard your Say You’ll Be There cover via a link he put on what I think is his Facebook.

What are your thoughts on current pop culture?

Well, I’m kind of optimistic, like talking about girl power and strong female artists, it seems that all the female solo artists rising at the moment all have some kind of edge or power. It seems in general, the pop scene is going a bit more left-field.

Yeah, the whole 90’s thing. Who’s that group that sing that song, “If you gave me a chance I would take it”?

Yeah! Are they classed as house over here?

Erm, slightly, they have their own take on it. They’ve been at the top of the charts over here. Do you find, with music, that there’s a lot that comes in and out of the charts that’s quite forgettable? Like, they’re number one now and then they disappear. Do you think there’s been a decrease of sustainability in the charts?

That’s so hard to say as I hardly listen to radio nowadays as we’re on the road all the time. And where I look for music it’s always on the block, it’s just a lot cooler.

You’re always compared to left-field female artists like Grimes and Banks but you spoke about your tomboy nature and punk too, so who are your favourite male artists?

Well the thing is, some of my big kind of male idols come from the hip-hop side. You know, MF Doom, J-Dilla… but you know, I also really love Blood Orange, he’s great.

Do you find you make music for yourself or do you take your audience into consideration?

I’ve thought so much about this, you come to think about why you do it a lot and it is a mixture. In the beginning I thought it was more for myself and I needed to let out steam, it was my therapy, it was my way of letting out what I feel. But, the reason I do it, is because I want to be understood and I want to communicate. I want my listeners to feel the same thing as I felt.

It must feel great seeing people’s reactions to your music?

Exactly! That’s the best thing about it. That’s what happened to me back in the day, music made me wanna believe in myself and make music. So you want to do the same to someone else.

Yeah, I really do. I got asked a question, about a month ago, saying “what gets you through the day?” and straight away I just thought the urge to make a new song. You want to say these things and you want people to understand you.

Are there any artists you’d like to collaborate with?

There’s a lot: I would love to work with Grimes or Karen O or Jamie XX.

So it’s mainly beats to go with your voice. That sounds like a good combination. Finally, if you have a mission, what is it?

For people to realise that perfection is not what you want. Of course, everybody wants to be perfect all the time, but it’s not about that, it’s about accepting your flaws. Then, through that, be perfect, if you know what I mean? It’s the flaws in humans that make them reliable and what makes you love them, because they’re human! Who wants to look at a plastic person where everything’s right? I hate that. Especially nowadays, with the social media, there are so many people striving to project their perfect life and how they’re so fucking awesome, I hate it, it’s not realistic or charming. I know it’s a really cheesy cliché to say, “be who you are, it’s much more beautiful”, but it is, so I don’t care, I’m gonna say it anyway!