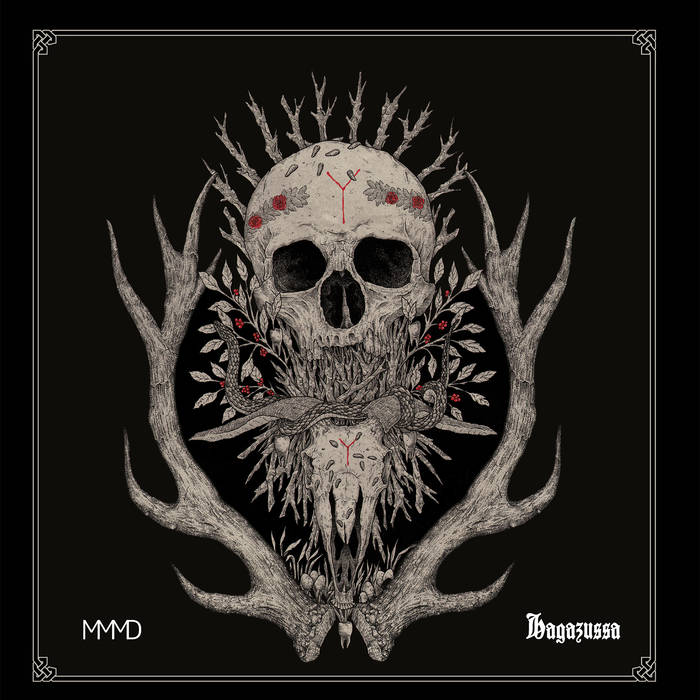 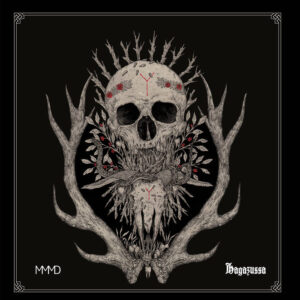 Hagazussa: A Heathens Curse is a German horror film which focusses on paranoia and superstition in the 15th century. Mohammad (stylised as MMMD) are the perfect group to form a soundtrack to a film that has such subject matter. In some quarters they have been referred to as ‘Chamber Doom’. From this offering you can see why.

Throughout the soundtrack, the emotion and tension that the music creates is palpable. Long, dread inducing drones, haunting flickers of light and sonic frequencies make for uncomfortable listening; the kind of discourse that a soundtrack should add to a horror film.

Longer compositions are meshed with shorter pieces; the title track opens the soundtrack and is one of the immediate standout parts of the record. Fraught drones simmer before the deep, seemingly guitar heavy colouring, thunders into the murky drone to break the tension of the textures created.

Avko De ramps up the tension further with minor chords and a dulcet whir that demands your attention throughout its short and hypnotic 2 minute duration. Sagaraki De brings in vocal elements as a terrifying, and quite frankly frightening ghostly voice swarms over the heightening anxiety of the strings.

Your mode of listening will either enhance or diminish your experience of listening to this soundtrack. Ideally, a dark room with headphones on and a flickering candle and some incense would be the perfect conditions…the earthy tones of the low, modulated frequencies really stand out when they are planted directly into your ears.

If you’re a fan of Sunn O))) or Shabda or the like, then this soundtrack will resonate with you. It’s a collection of soundscapes that mess with your mind – and if you don’t see the film, you can have fun creating the images in your mind as you listen to this apocalyptic music.

View the trailer for the film here:

MMMD are online here. You can order the soundtrack on limited edition vinyl here. The band are also on Facebook.