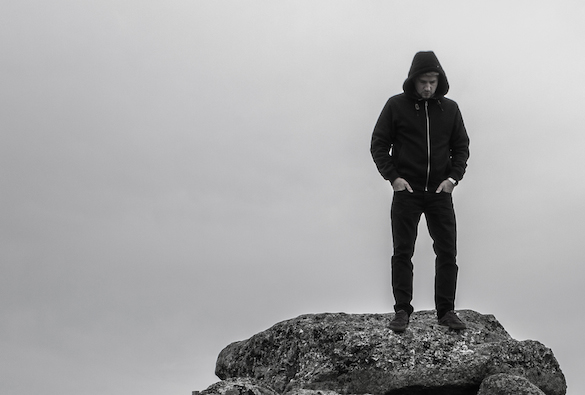 Chris Sallows, aka “the artist known both as Microburst and Fuewa”, has just started a new label, Temp Lake, ostensibly to release his own music. To that end it’s first release is a five track EP, Occulting, which dropped just last week under the moniker “Microburst”. Microburst’s music is said to be for fans of Four Tet, Forest Swords and Evian Christ – and you can see why when you check out his sounds. We here at Louder Than War are loving his woozy, intricate, all consuming beats and unique, emotive soundscapes and urge you to check them as soon as you can. Chris has put together an exclusive mix for us which serves as a sneak peek into what’s informed his own musical style(s). Check it out below.

As Microburst Chris has remixed the likes of Kelpe (check it out here), Seams (check it out here), Rounds, Talk In Colour and Laurel Collective (check it out here) – to name but a few – and has exhibited a consistent allure to the fashion industry with his music being selected by Calvin Klein, Far Fetch, Max Mara, Maria Grach Vogel and London Fashion Week as the choice soundtrack to their commercials. And when you listen to his music you can understand why – it’s very much “on message” and one can imagine it working perfectly as a soundtrack to “beautiful things”!

The start of 2014 saw Microburst / Fuewa set up his own label ‘Temp Lake’. The first release is the trippy 5 track EP titled Occulting, an EP of “…absorbing depth and engagement. Atmospheric soundscapes float amongst detailed rhythmic features and emotive melodies … (it’s) glued together with a heavy dose of weight and texture.” Sonically detailed and varied while also being eminently accessible, this is an elegant and assured work of devotional, absorbing bass and upfront beats.

Buy a copy here and check out the mix below and the soundtrack under that.