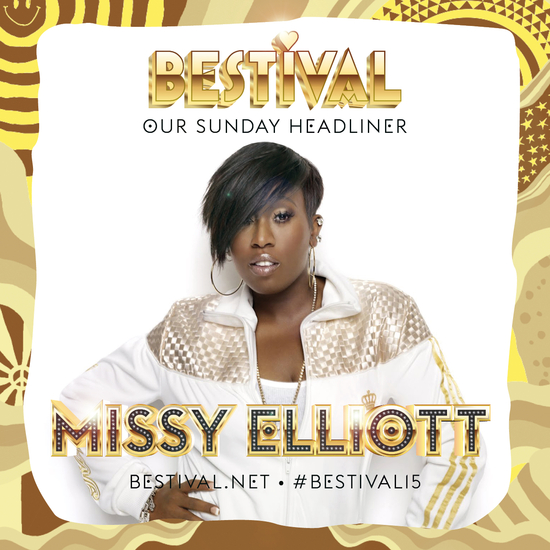 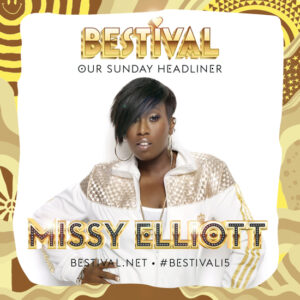 Hip-hop legend, Missy Elliott has been announced as the Sunday night headliner for this year’s Bestival, set in the Isle Of Wight.

In an exclusive European festival appearance, in which the Get Ur Freak On singer returns to our shores after nine years, she will join The Chemical Brothers, Duran Duran and Underworld to headline the four day spectacle set in Robin Hill.

Speaking out about her appearance, Missy Elliott said:

“I’m very excited to be performing at Bestival this year! I can’t wait to see all my fans I haven’t seen in some time… new ones and my day one fans! We are gonna have a blast together! Bring your dancing outfits and kicks!”

“So, putting the final pieces together for the world’s most intricate jigsaw puzzle that is Bestival, I’m mighty proud to announce our Sunday headliner Missy Elliott. Needing no introduction Missy is the epitome of hip-hop royalty, the first lady of party-starting club bangers and a downright legend. I cannot wait to watch the most successful female rap artist ever to Work It at Bestival 2015!”

Other acts joining the Summer Of Love themed event, include Jungle, Tame Impala, The Jacksons and Skepta.