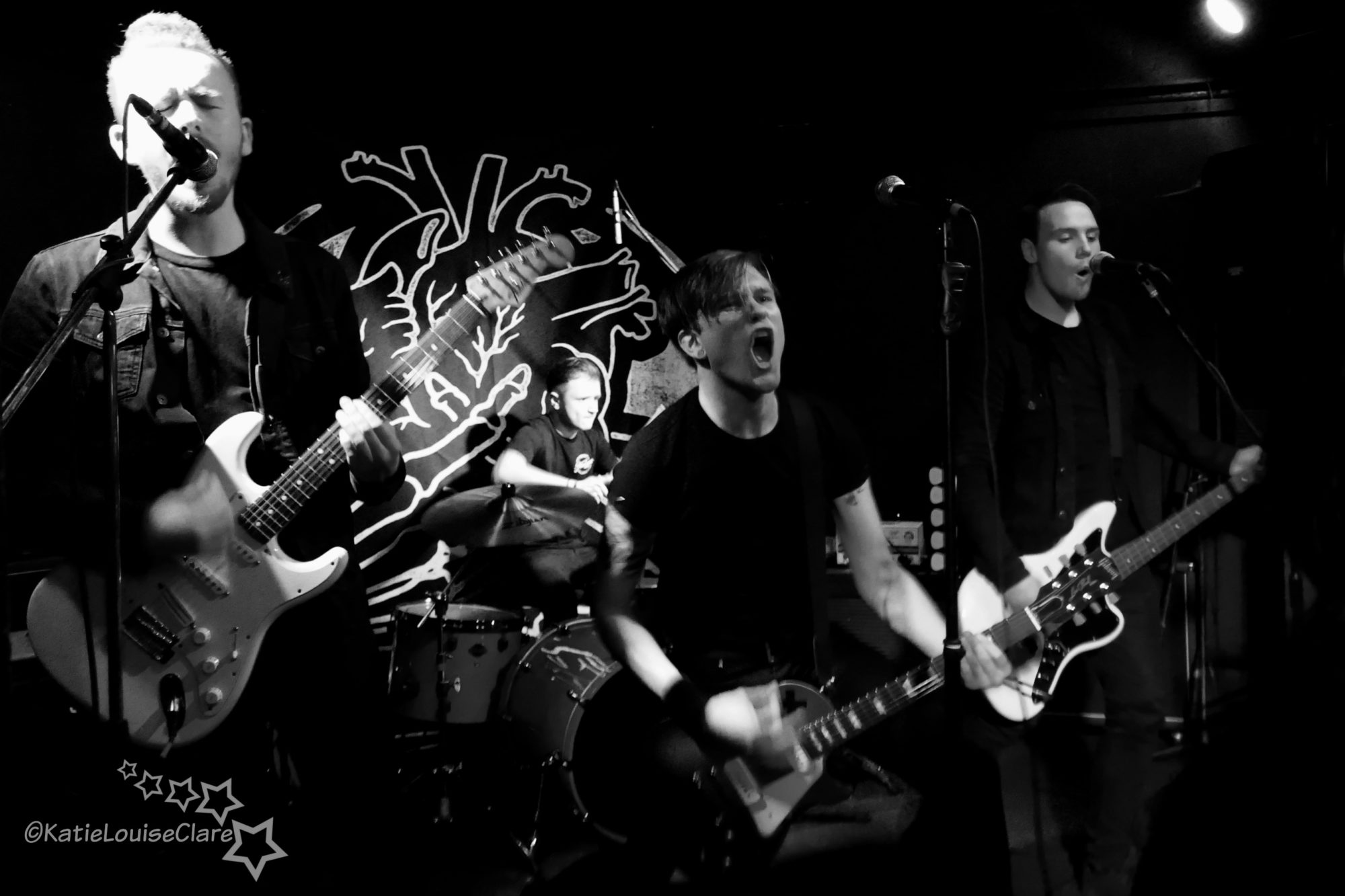 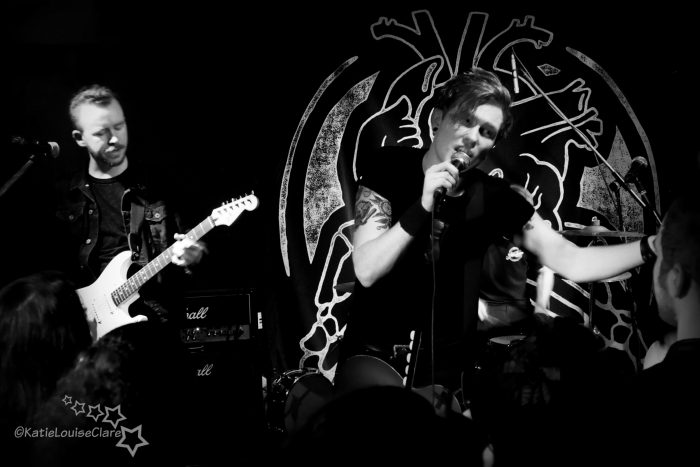 South Coast four-piece Miss Vincent are back on the road in advance of their new EP, Somewhere Else, due for release next month. They bring their own heavy melodic brand of punk rock to Manchester. Louder Than War’s Katie Clare went down on a cold spring night for their show.

Preceding Southampton’s Miss Vincent are three local bands Hey Radio, Bleeding Ink and The Repression. The latter two providing an insight into promising talents. The first showing a genuine flair for entertaining, engaging and enthusing an audience with a gifted and humorously sincere performance. It comes as a shock that tonight was their debut.

The Retro Bar’s basement, down two flights of narrow stairs, is a quintessential basement punk rock venue it’s stage. A raised platform putting the band and their audience in breath sharing proximity; the perfect place for Miss Vincent to deliver their scorching and impetuous sound. Exploding with immediate energy into DNR from their 2015 EP Reasons Not to Sleep the band managing to maintain this momentum throughout the ten-song set.

The bands enjoyment of playing live comes across and lead singer Alex Marshall’s remarkably identifiable voice is strong enough to match his astounding stage presence. All of which is perfectly complemented by both bassist Owain Mainwaring and guitarist Lawrie Pattison additional vocals and musical dexterity. The instantly catchy melody of Deadlock bounces off the ceiling. It’s darker and faster that the bands current output however, and stands as part of (along with their final track of the night You Can’t Spell Blame Without ME) the great foundations they’ve built on.

Getting a taster of the forthcoming EP with a couple of new tracks Cold Hands and The Lovers. The latter being the first the band have released. Showing the group’s natural progression, The Lover’s boasts pronounced guitar hooks which drummer Jack Donnelly provides a fierce and powerful rhythm to match; together providing a rawer edge. It is a powerful introduction to Miss Vincent’s next release.

The fast-paced show finishes all too soon with a passionate version of You Can’t Spell Blame Without ME. Proving that Miss Vincent are a charmingly tight unit whose performance and musical proficiency have some seriously catchy, fast-paced, hard-hitting heavy punk rock tunes that certainly captivates hearts and minds.

Miss Vincent Somewhere Else EP is released May 19th on Uncle M Records.

There are several pre-order Somewhere Else exclusive bundles including a 12″ transparent blue vinyl all via here.

All words by Katie Clare. Find more from Katie in her Louder Than War author profile.