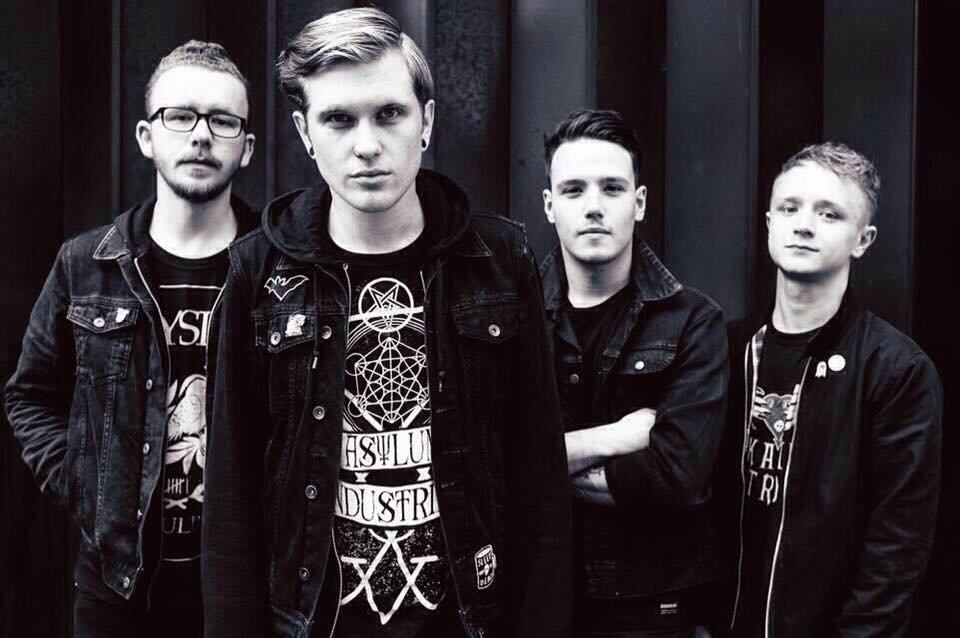 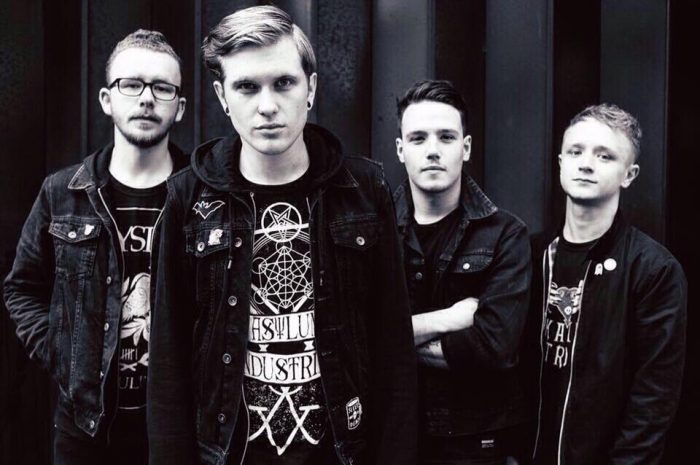 Louder Than War sent Katie Clare to meet up and have a chat about Somewhere Else and the evolving sounds of Miss Vincent.

Arriving on the rock scene in 2013 Southampton’s Miss Vincent have provided us with exceptionally vibrant live performances, an incredible debut in Creepy and a pleasingly dynamic Reasons Not To Sleep EP in 2015. Playing a handful of special spring dates to warm up prior to their latest release.

It’s a cold day in Manchester and it’s becoming a bitter evening as I and Miss Vincent stroll around the south side of the city centre looking for a coffee, quickly deciding on a bar offering beer, tea and sofas as the swiftest option to escape a biting breeze.

Settling in with drinks the topic of odd questions comes up. I ask if there are is anything off limits “As weird as you like” states the band’s singer Alex Marshall as he sips hot tea. I recall working a Sunday morning radio youth show with a question everyone was relentlessly asked; What biscuit would you be if you were a biscuit? I throw this out there as pretty weird. “I’d be a … wait is a Jaffa Cake a biscuit?” interjects guitarist Lawrie Pattison. Stating that it’s down to a tax issue of need and want, the discussion deepens “Is that the divide? It’s down to tax” asks Marshall “Because were British biscuits are considered as a necessity or a luxury it seems” Pattison interjects. “I’d have to be a bourbon, that’s like aspirational shit when it comes to biscuits – that’s a luxury right there” shares bassist Owain Mainwaring. Arriving with his drink drummer Jack Donnelly is greeted with the perplexing debate asking “Are we talking about biscuits?”

It’s somewhat disheartening that I may have presented myself as someone who spends more energy worrying about an unflattering biscuit choice to represent myself than considering music. With drinks, all sorted I quickly try to get back on track and ask Miss Vincent to explain who Miss Vincent are.

Marshall “We are a punk rock band from Southampton, we play gloomy punk rock music. I wouldn’t say we are a pure punk rock band, were’ not 77 revivalists. We rely on straight to the point songwriting, lots of harmonies and a minimum level of bullshit.”

Louder Than War: That’s something that’s changed over the past few years though, has that been an organic change?

Marshall “Compared to three or four years ago when we were writing Creepy yes, a massive change, more like an evolution than a conscious change.”

Pattison “Some parts have been conscious in that we want to be doing more of this and less of that. At the same time, a lot has been organic because of a friend of ours Daly, who’s been involved in all our releases …”

Mainwaring “That’s Daly George at The Ranch in Southampton. He works with Neil Kennedy who’s produced Creeper and Gnarwolves.”

Pattison “Yes Daly has been a part of all our releases, we did our first release in his home studio prior to him moving to The Ranch. When we started to plan to record the second one he was at The Ranch so we wanted to go there because he was there and of course Creeper and Gnarwolves had recorded there, so it was a place always on our radar.”

Marshall “He’s always been a big part of the pre-production more so on the second recording though. Recording our first EP was essentially a case of we’d written a bunch of songs and we recorded them and that was that. The second EP we put more thought into, We wanted to go in another direction be a little bit gloomier and those elements went comfortable together.”

Mainwaring “We want essentially wanted was to sound like us. Coming out of our second EP we found people had lumped us in with bands, not that they are at all bad, that we didn’t feel like we fitted in with at all. People were like ‘so you’re doing the whole goth punk thing’ and we were like, are we? That’s news to us.”

Pattison “Bands that esthetical we fit in with but musically when you compare side by side it’s not the same kind of thing.”

Mainwaring “So on our new EP we cast that all aside. To hell with everything else what do we want to sound like? What do we want people to think of when they think of a Miss Vincent song?”

Pattison “Of course we kept the bits we liked.”

Marshall “However, we introduced new stuff and so many things that have not appeared on our last releases. Everything from the gear we were using to the production. We’ve gone for a very pure record. This is not to knock on anybody, but these days there are so many layers, so many harmonies, so many guitar parts all that’ll never get played live. Bands using programmed drums – we were like okay this is how the drums sound in the amazing live room at The Ranch and that is what we are going to keep. A lot of it is literally drums, guitar, vocals everything that we can do on stage.”

Marshall “I went to see a famous band I won’t name, I don’t want to be that guy. I’m a passing fan, my girlfriend is a huge fan. I could tell a; they were using auto-tuning and b; using loads of backing tracks and I was like okay when do I get to see the band?”

Mainwaring “What is the point of that you could just listen to the CD.”

Pattison “It’s not what this four piece from Southampton want to do.”

Louder Than War: So it seems, your sound has accumulated collaboratively too?

Pattison “I think after the first EP once we had the time to look back at it and we realised we did not quite achieve what we wanted to. There were times where it goes off a little in that direction and a little bit in another – it kind of meanders a bit. So, with the second EP we took a much clearer direction. The gang vocals that come out of that we kept but ditched the horror vibes. It is a much more considered sound and I think more immediate as well.”

Marshall “We want to play songs that someone hears whether it’s on Spotify, YouTube or at a show and it is in their head.”

Donnelly “There is also feelings in there.”

Marshall “Oh yes, we want people to think about feelings.”

Mainwaring “Yes, we want to touch them in the deepest recesses of their brain.”

Pattison “I am so glad you said brain.”

The four band members are comfortable laughing and joking with each other their relaxed camaraderie and openness is a notable aspect of the band’s music especially live. Miss Vincent, have recently shared the first of the tracks from the new five ones on their Somewhere Else EP, The Lovers an accomplished song with a brighter feel than previous releases.

Louder Than War: Was there a particular reason for choosing The Lovers as the first song you shared?

Mainwaring “I think it was the most obvious.”

Pattison “It just represents where we want to be as a band the best. We want to grab people’s attention so they’ll check out the rest of the record and as a track, it is the most representative of the EP.”

Louder Than War: So, Somewhere Else is all finished and ready to go?

Pattison “Yes and we can’t wait for everybody to hear it.

Miss Vincent will play two very special headline shows in Southampton on 26 May at The Joiners and London on 5 June at Thousand Island at The Garage to celebrate the release of their Somewhere Else EP.
Tickets available now for Southampton here and London here.

Miss Vincent Somewhere Else EP is released May 19th on Uncle M Records. The band are offering exclusive pre-order Somewhere Else bundles including a stunning 12″ transparent blue vinyl all click here.