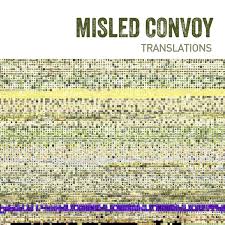 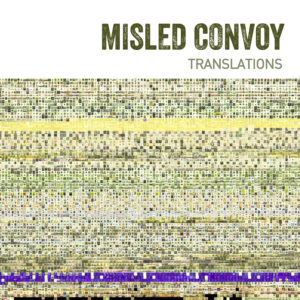 For many people the name of Michael Hodgson may not be an instantly recognisable name, but in his homeland of New Zealand he has made over 20 albums in the last four decades as part of Tinnitus, The Projector Mix and Pitch Black.

‘Translations’ presents eight very different tracks from the genres of ambience to electro by eight different artists all remixed in a very distinctive style. Some tracks are so far removed from the original that they take on their own persona and become new tracks in their own right.

A version of last year’s ‘Neurotrash’ single by Louder Than War favourites Feral Five kicks off proceedings with a mellowed version of their critically acclaimed single. Hodgson adds reverb and the drumbeat is slowed somewhat to allow the track to weave itself into your daily earworm. A stunning centre section sees the track employ dub over dub at Kat Five’s voice echoes in and out between slurred guitar and added synth effects.

The dub theme is one that prevails throughout the album, and the way in which it is used is often subtle but incredibly effective. Holotrinica (aka Stuart from Hexstatic) have an ambient treatment applied to ‘You Are Supernova’ as early voiceovers smear themselves over a lazy percussion and instrumentation that sneakily enters and leaves the mix.

Reason guests on ‘Do You Know Where You Are Going’ by Super Cozi adding vocals to an almost trance track which glides along in a gorgeous dreamscape of filtered echoes and wisps. Frontman from The Adults, Jon Toogood is represented by a minimalist ‘Please Wake Up’ which gains pace and percussion in the closing two minutes but still retains an air of relaxation.

‘London’s Flies + Flies’ add a more post punk feel to the running order with guitars that are brought to the fore in front of voices. Described as ‘making the apocalypse sound fun’ the band’s sound is dark with Numanesque vocals and drawn out screeching guitars. Additional delay from Hodgson once more gives the track and added slant.

With the beautiful sounds of ‘Lost In The Valley Of The Scintilla Strings’ by Animat comes a calm and wonder which is formed around some brilliant dub effects and drone/ambient feel, and the curiously entitled ‘Wimble Toot’ by Banco de Gaia once more offers an otherworldly texture in a composed and unruffled Pastscape Remix.

Closing with a Misled Convoy track, ‘Leap Beneath’ from last year’s ‘Tickling The Dragon’s Tail’ album is a track with an underlying reggae feel and beat. The dub effects are nothing short of stunning and as an end to the album couldn’t really be improved.

If you like your dub and/or a bit of ambient then ‘Translations’ is a great way to kick off any day. Varied and skilfully assembled, it is an often stunning album.