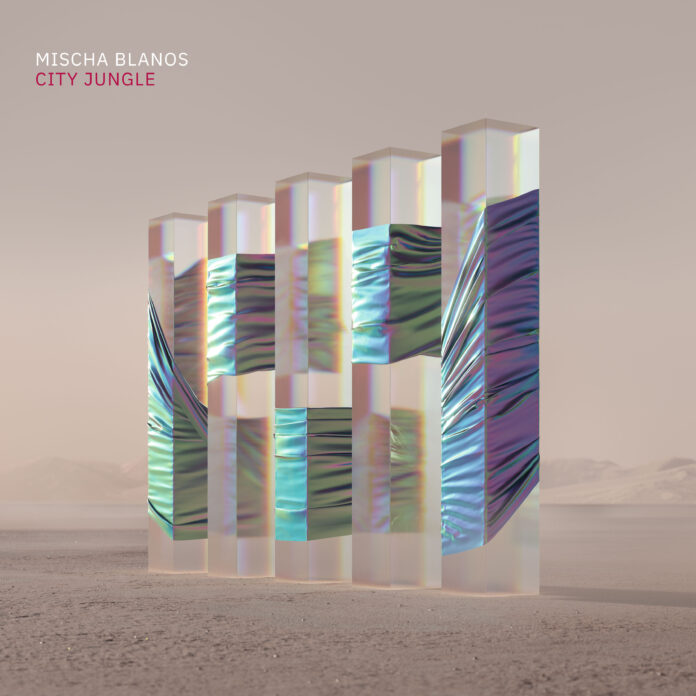 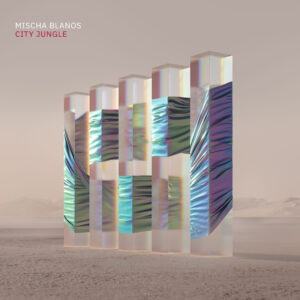 Two worlds collide on this dazzling disc from Mischa Blanos. Clubbing and concert hall; classical and electronic. This exhilarating travelogue fuses both and showcases Blanos’s outstanding ability as composer and musician. Gordon Rutherford writes about it for Louder Than War.

“You take delight not in a city’s seven or seventy wonders, but in the answer it gives to a question of yours.” (Italo Calvino, Invisible Cities)

Are there any other topics more prone to inverted snobbery than music? It is a long-held belief amongst many grizzled old veterans of the scene that artists who don’t have a Les Paul or a Strat hanging from their shoulder is somehow a fraud. Just look at much of the old school’s recent reaction to The Brits. And God forbid if you happen to be a DJ or producer, no matter that they perform in front of thousands in clubs as famous as Fabric. They are perceived as being merely kids with laptops who got lucky. Allow me to present the evidence for the defence. M’lud, I call Mischa Blanos.

Blanos, sometimes alone, sometimes as part of influential techno outfit, Amorf, is one such producer. He is also a classically trained, highly skilled musician and composer. When the global pandemic struck in early 2020 and this avid traveller found himself marooned in his native Bucharest, he put his talents to good use. Starting work when curfew began at 9 p.m., he would graft through the night, composing and creating. The end product, City Jungle, is a body of work that we should be thankful for.

I began this piece with a quote from Italo Calvino’s surreal and magical novel, Invisible Cities. In essence, the book is about that great explorer, Marco Polo, and his time spent with the Chinese ruler, Kublai Khan. Each chapter is a story told by Polo to Khan that describes a city he has encountered on his travels. Or so it seems. Blanos is to City Jungle what Marco Polo was to Invisible Cities. He has traversed the globe, performing in the world’s great cities and every one left an imprint. Covid-19 may have grounded him, but it couldn’t stymie his imagination, which continued to wander far and wide as it tapped into all of those memories and experiences. The architecture and infrastructure, the natural rhythms and pressures that exist in our vast metropolises, the ebb and flow of the day as it progresses. All of these things became his muse. The imagery, sounds and smells flowed through him as he composed. From The Silicon Road, referencing a new kind of silk merchant, trading and sharing data instead of physical goods, to the Steppe, a desolate land of sublime emptiness.

Therein lies part of the brilliance of City Jungle. Blanos has successfully taken all of those experiences and woven them together to create a splendid tapestry of ten segments, every one of which is a little vignette of the city jungle; each bringing a slightly different mood, a marginally different perspective on the city. Yet they never jar. They flow. Just as all cities have different facets and different characteristics within themselves whilst retaining a semblance of consistency, so does this collection of tracks on City Jungle.

Moreover, on this album, Blanos demonstrates an incredible ability to weld his electronic/techno self with the neo-classical pianist that exists within. Two worlds, one soundtrack. The net result is a series of songs, some of which are delicate, minimalist pieces, whilst others are firmly at home at 3 a.m. in a club. But again, reflecting on the heterogeneous composition of cities, the disparate pieces of the puzzle fit together seamlessly. At no stage do you get a sense that Blanos is force fitting any of this. 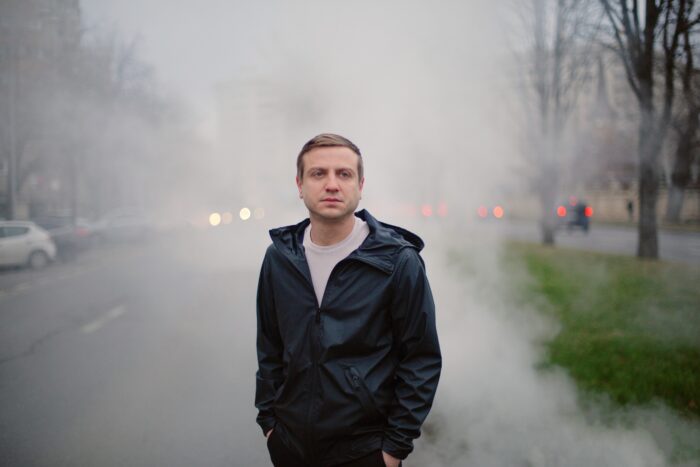 Let’s take a closer look at that broad gamut of sounds, starting at the neo-classical end of the spectrum. Here we have two tracks, Crystal and Steppe, the former built around mournful Nick Cave like chords, the latter a porcelain-like, touching, four-minute slice of minimalism. On both tracks, Blanos picks out the notes with such deliberation and consideration. The outstanding Tiptoe is fashioned in a similar style, but with a twist. Firstly, it has a slightly disconcerting time signature which provides a fascinating counterpoint to the primary melody. The beginning of the track, as Blanos literally tiptoes across the keys, is how I imagine a walk through our deserted city streets must have been in the height of lockdown. It’s solitary and a little eerie. As the track unfolds it becomes freer and more playful, with Blanos’s playing becoming defter and faster, like quicksilver. It comes full circle to end with solo piano again, concluding a remarkable piece of music.

Further minimalism, this time featuring an electric piano, ensues with Fluorescence. Notes ring out like rain falling at 4 a.m. in this Radiohead-esque piece. Moving up our spectrum, we come to the playful and jazzy On Cue. This track, the album closer, is more urgent and I imagine that it is impossible to see Blanos’s blurred fingers as he plays, such is the velocity at points. On Cue provides a lovely bookend to the album with the opening track, Silicon Road. This is a magnificent introduction to the album that has a dazzling freshness thanks to its structure around the Japanese hirajoshi scale. Crystalline notes ring out with such clarity, fashioning themselves into an utterly memorable hook.

We are now about to progress into that electronica/dance end of our continuum. The Aerie opens with a pulsating, metronomic loop nailed on top of frantic percussion, before it unfolds into glacial waves of synth. Similarly, the album’s title track is introduced by a bubbling electronic loop atop a skittering beat. This is a vibrant track that oozes energy. Like the aforementioned On Cue, it also has a slightly jazzy feel thanks to that percussion and those chords and as it progresses Blanos’s left hand powers this bullet train forward like a steam hammer whilst his right hand skips delicately. Such incredible technique.

That leads us to the two tracks that are most likely to have you dancing around the room with arms aloft. Audition At 9 might begin like an elegant, neo-classical composition as Blanos picks his key delicately. But then the synths roll in and this is where his time as a DJ proves invaluable. He maintains those waves of sound, bubbling and swelling for an inordinate amount of time. Close your eyes and imagine the club. The DJ, Blanos, is holding you in the palm of his hand. Controlling the euphoria, ready to unleash it. Ultimately, he pulls back from the brink. Audition At 9 is a wonderful fusion of electronic and classical, so subtly presented that the way it morphs from one to the other is unnoticeable. And that brings us to Innervision, a track built upon percussive polyrhythmic tones that kind of play tricks with you. Blanos’s melancholic piano plays whilst under the surface, the electronic keys are swelling and growing before engulfing everything. As it peaks, there are daring arpeggios. The hi-hat is running frenetically, the kick drum pounds. It is a quite brilliant composition.

With City Jungle, Mischa Blanos has created an album that, thanks to its incredible ability to fuse influences, will have broad appeal. Fans of Nils Frahm and Neil Cowley will absolutely lap this piano-centric album up, given Blanos’s ability to meld styles, and they can be confident in exploring this body of work in the reassurance that it is tailored from the same high-quality cloth. I feel sure that Blanos, like so many of us, felt the frustration of lockdown. This traveller was prevented from doing something that he holds dear. But from adversity comes triumph. Perhaps, had it not been for covid-19, there would be no City Jungle, which would be an incredible shame.

All that’s left is one final question. In Invisible Cities, Marco Polo is describing a collection of magical, almost mythical, cities to his host, Kublai Khan. But throughout, he is only ever describing one city: his home of Venice. And I wonder if City Jungle is actually not a travelogue at all, but, in reality, ten songs all about Bucharest. However, I suspect the answer that Mischa Blanos gives us is more complex than that.