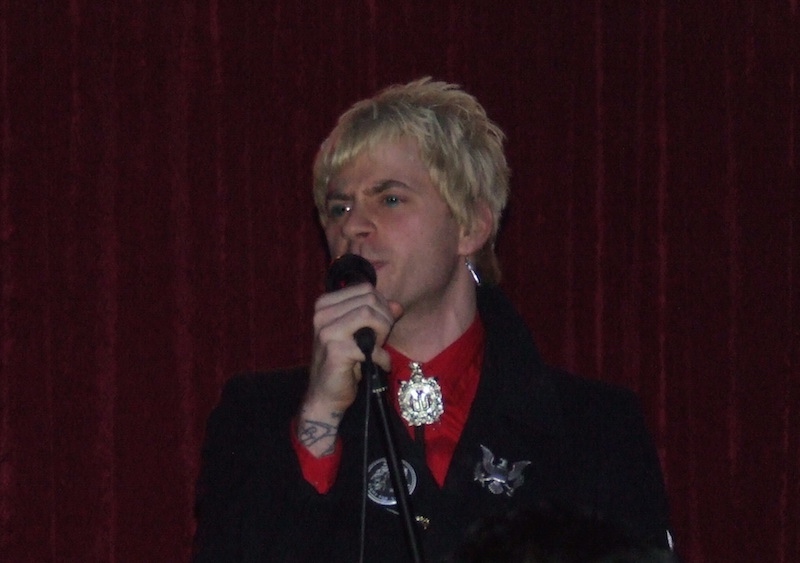 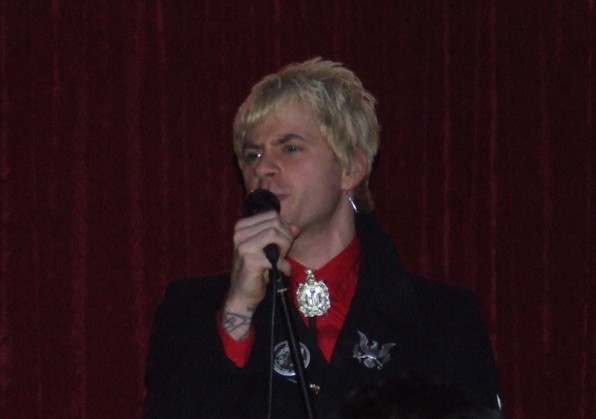 For Louder Than War, Martin Haslam reports back from the launch show for London electro-punk band Miscalculations new album.

It’s a strange mistress, music. We all know it; makes you obsessed, addicted, wrung out. Or maybe that’s just me. Obsession is the key word, I think. I’m sure all of us at Louder Than War are obsessed; driven to report the thing we love so completely. The downside is that in your quest for great music, you can’t help but miss the occasional gem. The plus is that you sometimes have a helping hand in finding these rarities. Step up Mauro Venegas; one-time gunslinger for Jonny Cola And The A Grades; current Godfather and, crucially here, touring member of Miscalculations. 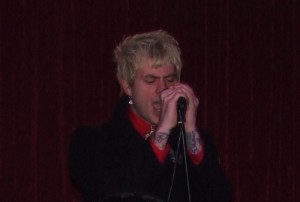 Miscalculations are essentially the work of love shared by Marco Palumbo-Rodrigues and Shaun Clark in the studio. Between them, they have a wealth of spiky yet melodic ideas. Live, they are complemented by Mauro and Robert Persson on bass. I’ve enjoyed their self-titled debut recently, having missed it on release in 2013, but as I trust anything that Mauro is involved in, I knew it’d be worth tracking down. So, knowing that they were due to launch their second album, ‘A View For Glass Eyes’ (out on Feb 2nd via Rockstar Records) , at The Finsbury, I made the effort to drag myself there from lovely Bedford on a Saturday night. As I get older, this gets harder, but was definitely the right decision.

I missed first support band Ministers Dead; sorry (I always try to see every band on the bill) but enjoyed second-on Vertices. A tight three-piece with a neat line in up-front basslines and ‘woah-woahs’. Their best songs had hints of Hell-era Heartbreakers, and the bassist has a youthful Johnny type charm, only more freshly scrubbed.

Miscalculations open with ‘Live With Myself’ which now sounds so familiar, then the excellent newie ‘Severing The Spine Of Confidence’. Marco is an assured frontman, self-contained yet demanding your attention. Shaun’s drumming is precise and the level of musicianship is high, as befits the songs on show tonight. They are hard to describe; intense, sometimes angular and awkward but always melodic. I suppose that’s what drew me in; the melodies. Mauro’s backing vocals are a real asset live, filling out the sound to amply recreate the albums onstage.

I hear hints of early Ants, Wire and Buzzcocks/Magazine but there is much more going on here than a rehash of past influences. Listen to ‘Predictions Precise As A Surgeon’s Blade’ from their debut for confirmation of that. Right? Now, try getting it out of your head. Not so easy! ‘Invisible Uniform’ and ‘A Silent Defence’ are other highlights for me, then, suddenly, they’re gone and it’s the long train ride home.

I’m glad I made the effort tonight. You can never have enough great music.

Miscalculations new album can be bought from their Bandcamp. They’re also on Facebook.