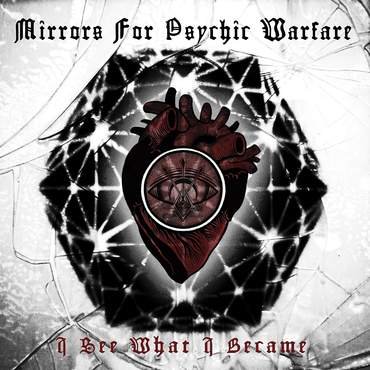 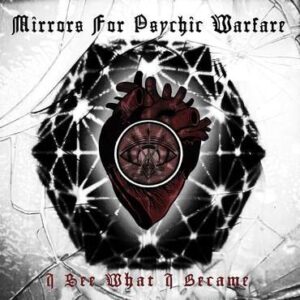 Mirrors For Psychic Warfare: I See What I Became

I See What I Became is the second outing for Mirrors For Psychic Warfare (Neurosis’ Scott Kelly and Producer Sanford Parker). Simon Tucker reviews.

How things affect you depends on where your head is at. We find ourselves right now diving deeper into Autumn. The colours are vivid and the cold air has started to snap. To some, this is a time to rejoice in. These people enjoy the drop in temperature and the knowledge that we are on the home stretch to the seemingly-endless Winter. Then there are those of us who start to feel a creeping dread. The body tires and the shoulders fold in as we start the mental and physical preparation for what is on the way. I See What I Became is Autumn and how you approach the album will certainly affect your experience as if you are the type that starts to physically retreat during the winter months then this album could be seen as a bleak, monolithic slab of harsh industrial depression. On the other hand, if you’re a glass half full type then this album will show you an array of vivid colours, a sly sense of humour and a sleazy strut that manages to tap into the history of Gothic pop music whilst slashing it with distorted synths and bleak-hitting drum machines.

From the ceremonial opener Animal Coffins to the industrial slink of Tomb Puncher (much to love here if you are a fan of  Marilyn Manson’s imperious Antichrist Superstar period) we are bathed in the world of Mirrors For Psychic Warfare. Body Ash and Flat Rats In The Alley up the grimy noise-groove angle of the album (there are rhythms scattered throughout the album that allow for the listener to find a movement to lock on to if they want it) whilst Thing of Knives lays on the pressure and distortion slowing the album down into a trudge which is a shame as we were really getting going.

Crooked Teeth bears the influence of Coil and in particular their work with Trent Reznor and is a song that gets better and better with each listen as the duo build it up piece by piece until it is almost wonderfully unbearable. Crooked Teeth is brutal, beautiful, melodic, and cacophonous…the best track here.

Closing the album we have Death Cart which ramps up the industrial-dubstep beats and Coward Heat which has feint traces of the main American Horror Story theme whilst retaining a sense of depth and of clarity of vision.

What you get from I See What I Became is entirely up to you. It can be boxed in with your Closer / Downward Spiral / Pornography LPs ready to wallow in the downs of winter OR you can use it as fuel for your fire. There’s plenty to dance to and there’s plenty to consider. Long live the Industrial disco and all who shimmy inside her.