These type of events have been coming our way thick and fast recently.
One ticket, loads of bands spread over a few different venues and the niggling uncomfortable feeling at the end of it that there may have been something we may have missed due to still not being able to be in more than one place at the same time.

As we’re approaching the tail end of 2015 some of us who think we know it all are reminded yet again that we don’t. Whilst some of us are still going out every night and living on a diet of crisps and lager, standing in dark rooms watching yet another high quality “previously unknown to us” artist and getting all giddy with excitement as we increase our “to watch” list on YouTube, it’s events such as Mirrors that question our own existence and wonder where everyone else is finding these bands that we’ve not even heard the names of before let alone their music ?

Why don’t I know who these acts are that I now want to see that are called OCEAAN, AQUILO, DUCK HOUSE and RHYE ?
When will someone host a festival that goes on for twice as long with every band playing twice so we can see everyone? 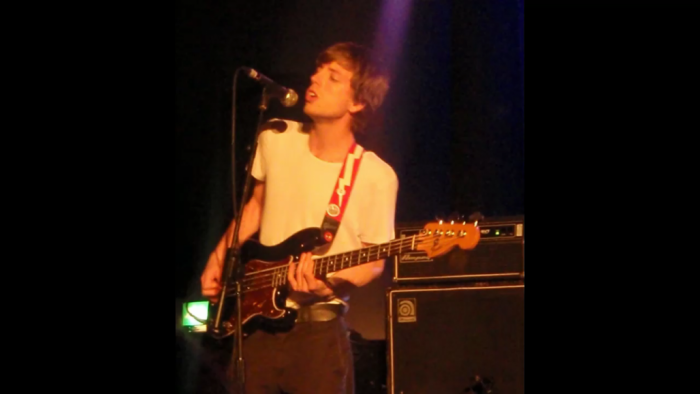 We’re up early ..
OK then the 2.30PM start isn’t exactly early (some of us had a late on Friday night) but we’re here at Mirrors eventually and we’re here to sway too and fro, neck the first lager of the day and marvel at a four piece band with no drummer who were probably just getting out of bed in Manchester as we were climbing into ours from a previous adventure just to come to London and play for those of us lucky to be in the room at the given time.

Making up some nonsense to try to convince you we know what we’re doing is something we don’t think is necessary nowadays. The Internet, the amount of great bands in the UK and the ability for a bunch of people not just here at Mirrors this weekend but all over the UK to put on events like Mirrors means the amount of decent acts are simply far too numerous for even the likes of us to keep up with.

Some of us are at Mirrors to witness new stuff, tap strangers on the shoulder to ask who we’re watching and bump into like minded people who always seem to have seen something better than we have earlier.
CLOVES are the band mentioned above who have graced the stage at half four in the afternoon and provide us with a superb beginning. A lady with a fantastic voice, a confident swagger and three musicians who seem to be playing along with a voice that oozes confidence.

Would a band such as this play in front of as many people if they were appearing here (OSLO, under Hackney train station) on a Thursday evening as they are here this afternoon at this Mirrors event ? We don’t know.

This is a superb start to the day that eases us in nicely towards the rest of the event and only slightly ruined by a bit too much chatter at the back of the room from those who probably did turn up on time and are possible on their second pint already.
So that’s OSLO out of the way and as we have already decided that all three venues today need to be patronised at least once we wander over to The Hackney Round Chapel, a new venue for some of us to see what’s going on there.

This is a lovely venue that is being entertained by LUKE SITAL SINGH, a singer songwriter alternating between his acoustic and electric guitar and belting out some fine tunes that fill the room and keep the dozens in the room quiet and attentive. We get home to discover he has a decent selection of tunes all available at the hit of a play button and an album that lovers of Ryan Adams, Springsteen, Turner and Young would approve of. He may become a big favourite in weeks to come in our house and on trawling through his stuff we discovered he’s been on Match Of The Day (Singing on the pitch at an empty Stamford Bridge for an end of season montage and not playing for Chelsea, although …..you can make your own joke up there.) 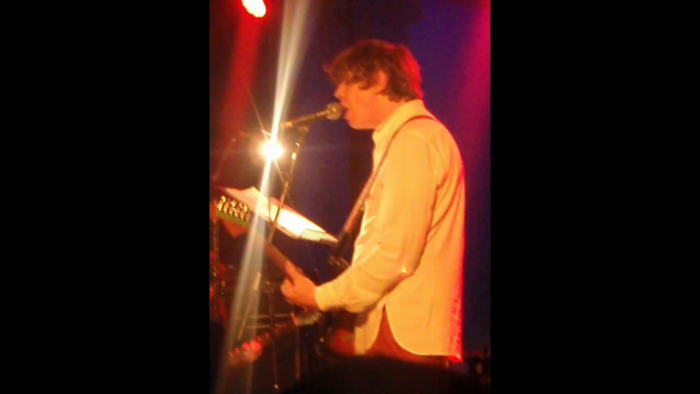 St John At Hackney, a larger version of the previous venue has just just opened it’s doors and we’re entertained by Nottingham electronic duo SHELTER POINT. These laid back polite electronic tunes also go down well in these surroundings and again we notice a respectable size crowd watching this early evening performance.

Back at The Hackney Round Chapel the polite laid back subtle soundtracks we’ve been witnessing come to an end as THE BLACK TABOURINES (Top Picture K Goldhanger) mount the stage and thump out a batch of two minute garage punk rock tunes that get the pulses racing. The magic in this four piece comes from the trio of vocals, the twists and turning guitar riffs and the pounding drums that cause us to witness the first fist being thrown into the air of the evening.

TRAAMS appear to be performing the gig of their lives however from where we stand it’s just a rumble of bass, a few cymbals and the odd breakout of guitar and vocals cutting through. Tired ears or just a big room that causes too much reverb to be added to every pin drop and clattering snare ? Time will tell and time is what we’ll give because under the mayhem appears to be some indication of some great tunes waiting for a better environment.

THE WYTCHES suffer the same fate at Mirrors as we struggle to hear the twangy guitar that some of us feel is the key to this bands identity. They’re reminding some of us that it’s Halloween and we’re watching three fellows in fancy dress sonically abusing us with one or two reminders of tunes they’ve been thumping out on more audible occasions over the past few years in front of what is a very raucous audience.

THE THURSTON MOORE BAND (Bottom Picture by K Goldhanger)sound better. the twin guitars cut through the rumbling bass and drums better than the previous couple of acts and we’re treated to various versions of songs that make us pine for the Sonic Youth tunes of yesteryear we all fell in love with and still love today.

Mirrors festival hosted around twenty bands during the day, it gave some of us the enthusiasm to use our Google search engines during the proceeding weeks to look for artists that we would eventually add to our day to day existence as we cross the roads without looking and stand on packed tubes attempting to avoid any eye contact with weekend shoppers and theatre goers. Mirrors succeeded before we even alighted the 48 bus today and the bands we didn’t manage to witness are now already added to our list of things to spend half an hour watching on a future date.

Twelve months ago one of us was attending a Halloween event in Camden Town (https://louderthanwar.com/nightmare-in-camden-festival-live-review/) featuring rock bands (spelt RAWK!!!) and struggling to work out whether the bands involved in that looked like they did anyway or not.

Mirrors Festival was noticeable for the complete lack of fancy dress outfits except for The Whytches, the guitarist in The Black Tambourines and no more than four punters we saw all day that stuck out like those disturbing looking goth kids we sometimes see on the internet having their thanksgiving pictures being taken with the rest of the (conventional looking) family.

Hackney, East London where the words baby shower and trick or treat are still to be ingrained into daily life.  Not exactly reflecting the rest of the country on the last day of October, which for some of us was relief in itself.

Here’s two of our favourite tunes we heard for the first but not for the last time thanks to Mirrors :

More information at Mirrors Festival can be found here.  They are also on Facebook.