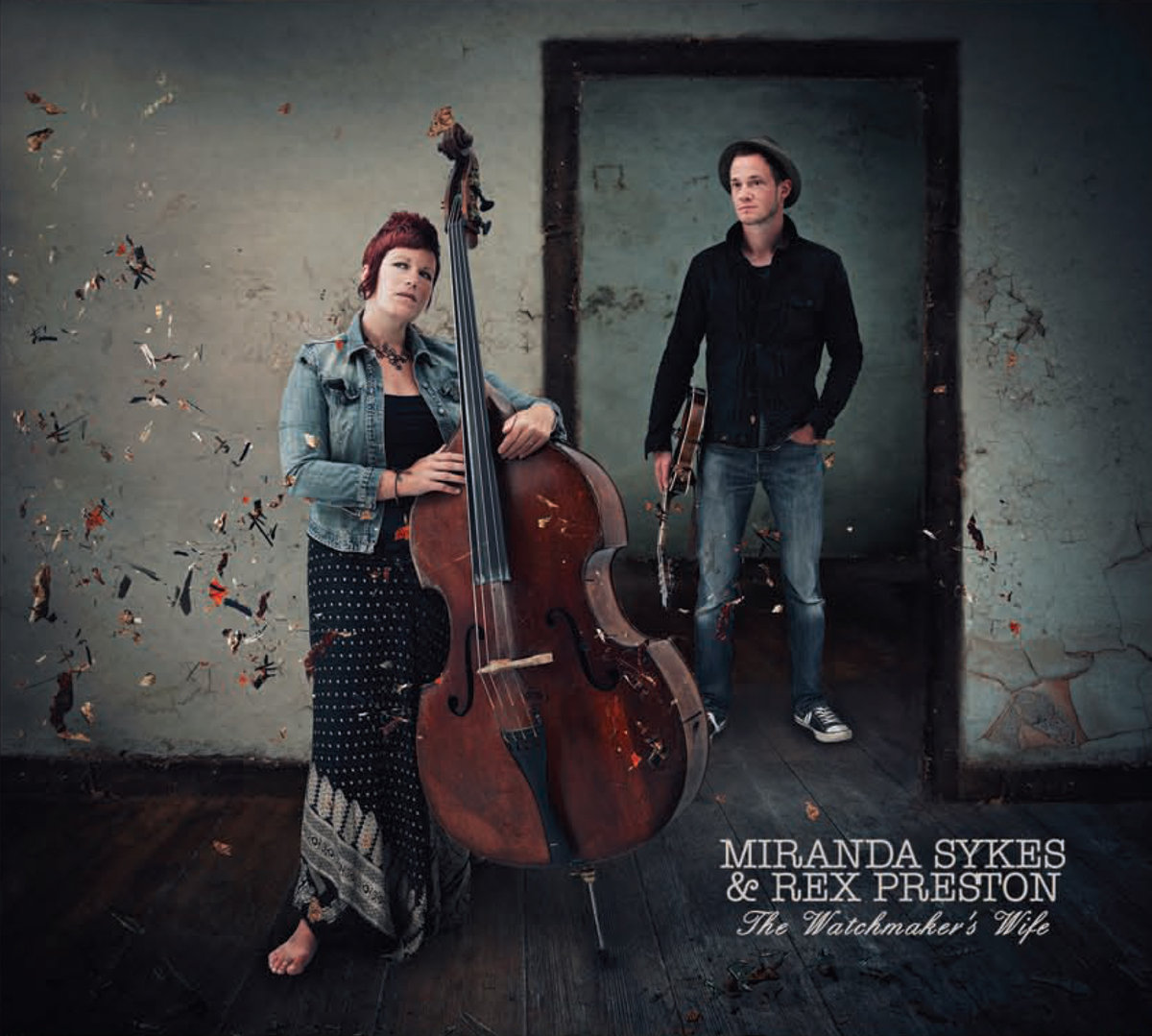 Best known for her role alongside the national treasure folk duo Phil Beer and Steve Knightley in Show Of Hands, Miranda Sykes is now in her sixth year recording and performing as a duo with mandolin whizz/wiz Rex Preston. Their new album, recorded on location in Miranda’s sitting room, sees them taking a relaxed and modest approach to a set of songs from the original to the traditional with a smattering of contributions from some big name songwriters.

It’s perhaps a sign of their  coming of age as a duo that Miranda and Rex can attract some quality songwriters who are happy enough for the duo to interpret their work. To get the chance of a Boo Hewerdine song is always a stamp of quality (they obviously did something right with his ‘’ on their last album) and this time round they’ve covered something by Irish musician/writer John Doyle and the title track sees the pair teaming up with Glenn Tilbrook’s Squeeze co-writing partner, Chris Difford – a forlorn tale of the skilled craftsman whose care in the beauty his craft doesn’t transfer to his relationship with his wife – perhaps quite a departure for Difford whose lyrics often are take on more worldly wise observations.

Instrumentally the album is  relatively sparse, reflecting how they perform live as a duo and relying on their respective mandolin/double bass combination with little if any embellishment.  Pure and simple, very much akin to Miranda’s bright and clear and vocal style.  Rex takes the lead vocal on Boo Hewerdine’s ‘S.A.D’ powered along by his distinct mandolin and some subtle distant harmonies while John Doyles’s ‘Exiles Return’ is saved to close the album.  A low key  sentimental  message of journeying, the parting and the return, very traditional in terms of parting in sadness and  drinking to good health and all in a softer and more tranquil tone by Miranda.

Three Rex Preston originals find their way into the mix – ‘(Insert Name)’s Waltz’ is an interesting instrumental mandolin exercise with some deep bowed bass, allowing him the indulgence of  showcasing his fleet fingered virtuosity rather than provide a backing to the vocal. The pick though is ‘Leaving Song’; you might even class as a lament, the  languid delivery again picking up on a theme which starts to surface, of love, loss and parting. Instrumentally they also take on a fiddle free ‘Swedish’, originally by fiddle foursome Blazin’ Fiddles and give it a mando/bass reading which is interesting to compare with the all guns blazing, Blazin’ approach.

Just like ‘Lady Isabel & The Elf Knight’ on the last album,  2013’s ‘Sing A Full Song’, the winner on here is a well-travelled traditional track which gets the Sykes/Preston treatment. ‘Bonny Light Horseman’  is a song which has the usual rich and varied development in its passing down and interpretations. The theme of love and loss extends of course,  to the inevitable folk tradition of the death of the protagonist.  Instrumentally, it’s a delicate reading  and like ‘Lady Isabel’ confirms Miranda Sykes as a sensitive and genuinely original interpreter of traditional song.

All told, ‘The Watchmaker’s Wife’ is an unpretentious and understated album full of quality and finesse. The Sykes and Preston combo continue to not so much blaze a trail, but leave a  subtle  mark  in the folk world as a cultured duo.

You can find the Sykes & Preston website at : https://sykespreston.com/