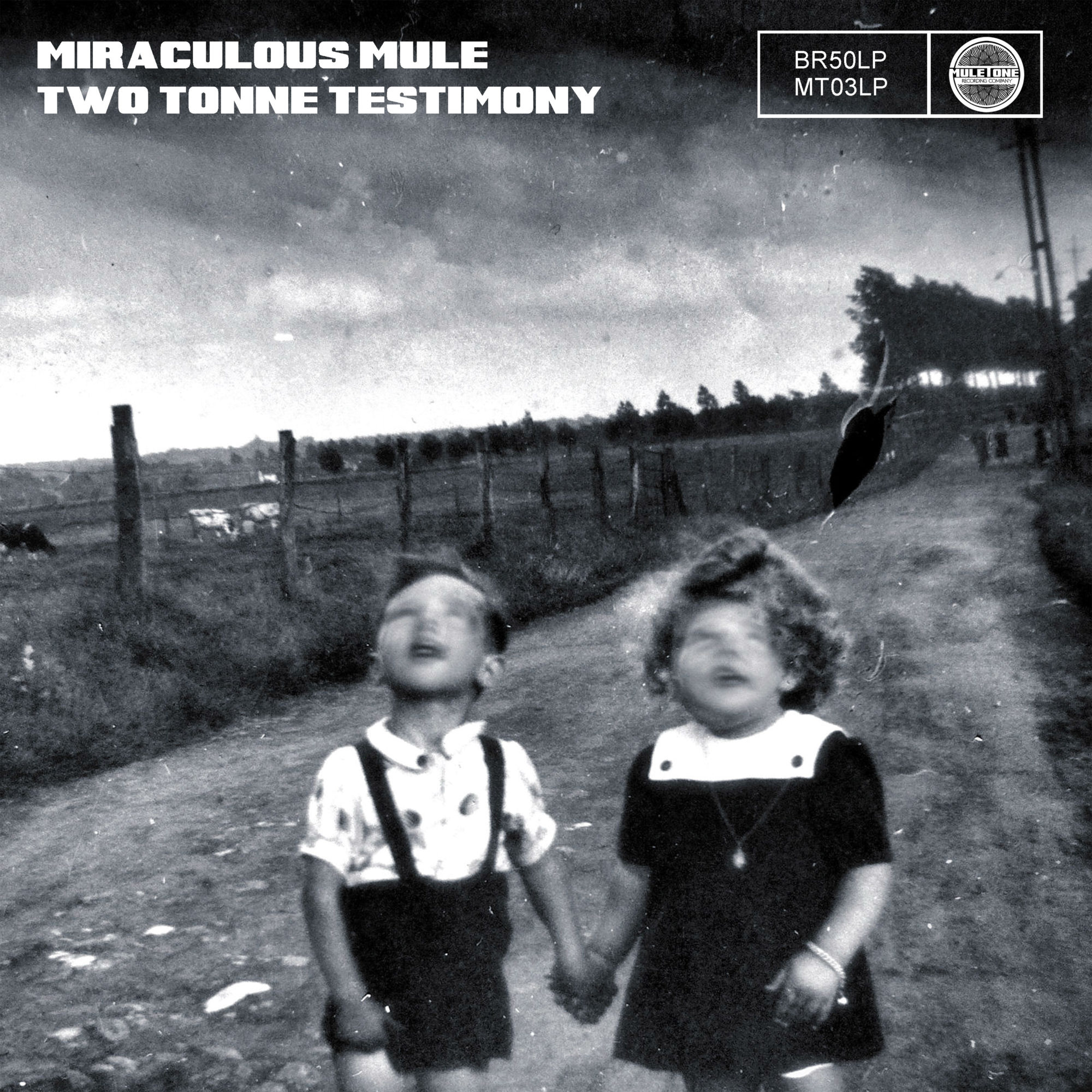 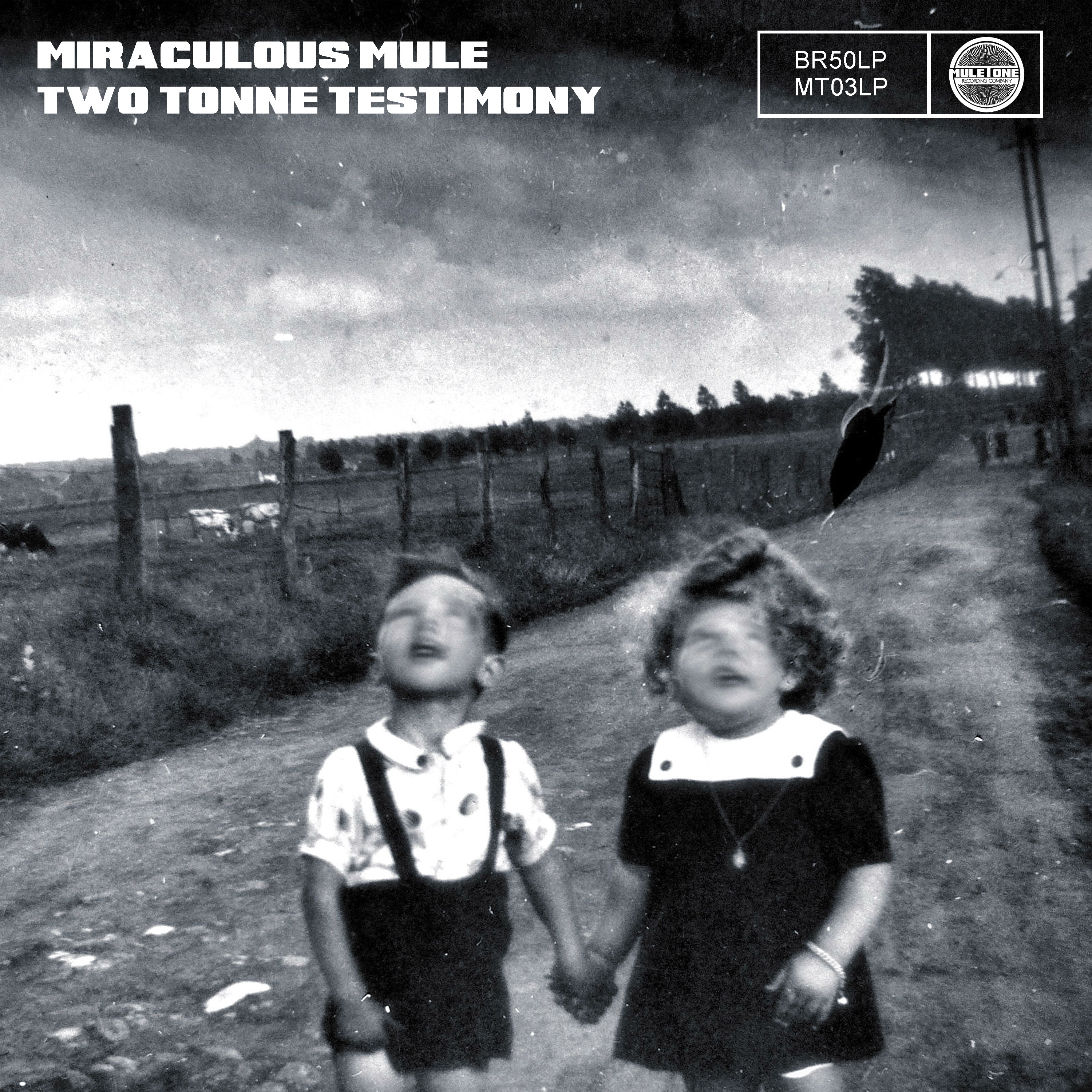 The London trio’s new album – 2013’s Deep Fried and 2014’s Blues Uzi earning them a “pure essence of rock and roll” rating from no less than Louder Than War. Two Tonne Testimony finds them delivering a topical and soul filled road to salvation, top layered  with bite and fury. Reviews Editor Mike Ainscoe takes a listen.

So to recap  Michael J Sheehy’s musical journey that led him to form Miraculous Mule in 2011; it’s the stuff born of  satanic pacts and souls for sale – dirty and swampy blues  and incendiary rock and soul, all the way to the streets of Kentish Town and a scepticism for the Catholic dogma. A heady brew which provides a four star high octane fuelled  passion on which Two Tonne Testimony is based.

The explosive trio of Sheehy, Patrick McCarthy on bass and drummer Ian Burns generate a gut twisting, barbed and dense sonic palette of  twisted electric blues rock. Combined with vein pulsing psychedelic overtones and plenty of soul,  The Mule could well be on their way to sitting at the right hand if not alongside the likes of Rival Sons with their ruthless take on a classic sound.

Holy Fever kicks in like an engine starting up – hesitant at first, getting into the groove and then firing on all cylinders, the rhythm slapping away (as you do) as the bones are rolled. Described as a tale of religious hysteria, a horny young man cock blocked by JC himself – it sets a certain tone. It also gives a glimpse of what I Feel Free  by Cream could sound like if they were cross pollinated with Motorhead and then a touch of Jimmy Page dark alchemy were cast over by an ancient magus. Basically, power trio work at its most potent.

Produced by the band themselves, they’ve made sure that the three piece is woven into a compact unit and a  dense and space free sonic soundscape. One which provides a heady backdrop to a cutting lyrical bite. The rise of the likes of Trump and Farage might have been pre-empted in Where Monsters Lead (“don’t look for mercy in their eyes”) and They Cut, We Bleed, the notion of being led lemming-like by political leaders more concerned with ideology than effect. A dark core of immorality runs through  the title track which hits a sleazy peak amidst an album of successive peaks.

Closing with The Reprisal of Blues Uzi; the contrast of the soul saturated opening snaking along, escorted by what now is a familiar distorted guitar, provides a coda to an album which finds Sheehy declaring he’s “just happy to be alive “ during  The Fear’s blues drenched organ. While their press release places a tongue firmly in cheek, the occasional slivers of light offer some form of salvation as Miraculous mule get a weight off their minds.

Watch Where Monsters Lead from the album here: