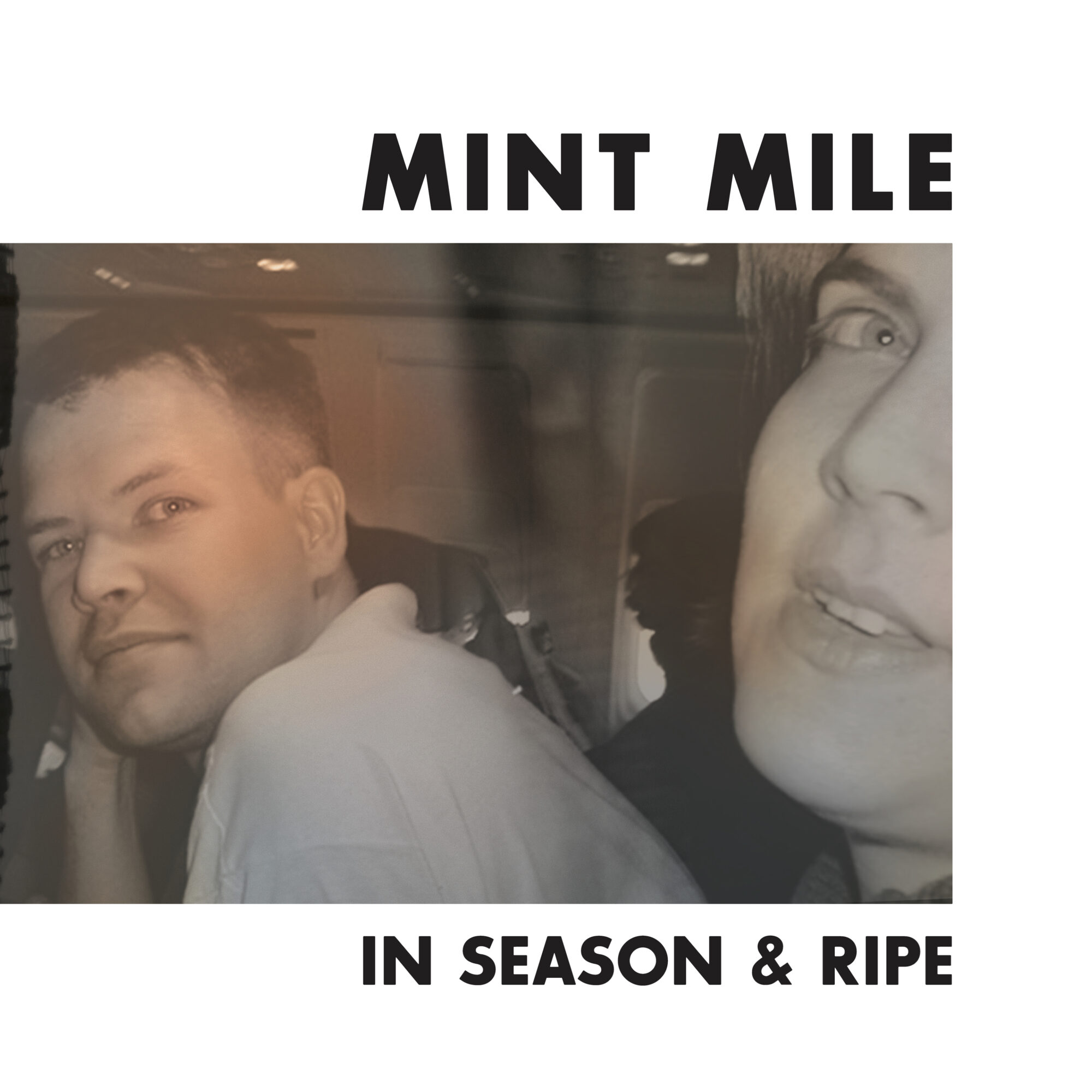 Mint Mile: In Season & Ripe (Comedy Minus One) 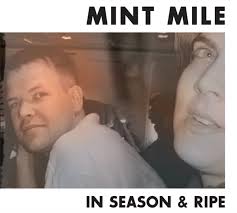 In July 2014 Bottomless Pit fans around the world let out a whimper and a sniffle as the news of the bands “indefinite hiatus” spread. It looked like a musical partnership that stretched 30 odd years and 15 albums had ended, but then Mint Mile emerged as a new hope.

Hailing from Missoula, Montana, Tim Midyett and Andrew Cohen have been musically married since meeting at the 8th grade summer camp band. Around 1986 they joined Joel RL Phelps in ‘Ein Heit’, out of which Silkworm was born in 1987. Tim, Andrew and Joel all wrote, sang and played guitar or bass in very different literate, heavy post-punk/indie-rock ways and it was Michael Dahlquist who held the vortex of ideas together as he battered the drums.

Joel left in 1995 so they adapted to a more spacious trio, releasing ten critically acclaimed albums. Following the tragic death of drummer Michael Dahlquist, Tim and Andy formed Bottomless Pit with the sort of distinct musical transition that New Order undertook after Joy Division. Bottomless Pit summoned up a darker, colder sound for three incredible albums.  The third album ‘Shade Perennial’ closed with‘Felt A Little Left’ which now feels like their swansong, an unconscious full stop, as the track glacially glides to a halt. Like a super tanker into an ice field.

Side A
Mountain Lion

This opening song shrugs and shuffles with cryptic, playfully catchy as hell lyrics:

“all these women wanna jump my train, like if I’ve no reason for living, like I’m giving something off, I can’t wait to see you again, I’ve been known to fail, but you’ll keep me on the rails,Those girls they don’t know what you mean to me, well they don’t know, they can only see I’m a mountain lion, Mountain Lion I’m a Mountain L I O N right now…”

This will haunt the empty moments in your life and you’ll hear yourself singing “I’m a Mountain L-I-O-N” out loud in inappropriate locales.

Opulent production with crystalline drums, exquisite acoustic guitar, snaking trumpet and an almost ‘deconstructing harry’ replay-intro moment when the vocals stutter and hesitate, then start on “in an upstairs place”

Is this about how mobile phones with the internet on tap have transformed our very being, maybe written from a father’s perspective, cutting to a flashback to a younger self tiptoeing out of a rented apt above the landlord as a metaphor?  I don’t know, but the ‘Panopticon’ concept from Yevgeny Zamyatin dystopian ‘WE’ novel has moved from glass prison where you can be always watched, into self-imposed public-prisons, where it’s a given that we are watched and we now desire to be so and our behaviour and much of our lives is built around this new drive.

“In the modern, everything’s turned on there’s no peace for the young ones”

Upbeat and delectable, almost Cure’esque in its sonic succulence, but lyrically licking those internal wounds people carry about, sometimes for way too long like evil vampiric back-packs:

The baritone guitar skitters with the delay effect utilised on so much Bottomless Pit, then closes in on itself behind Bass event horizon.

Came Up in a Hive

I imagine this is about listening back to the Silkworm master tapes which are in the process of being remastered and reissued. It’s a form of time travel and possibly paleontology to uncover the details of your past self from the amber of an ancient mix thanks to all those tapes Steve Albini artfully recorded and noted the value of keeping for future use.

“How can I take these sounds apart, rip them up like a mechanic takes apart a car,
They’ll never sound the same, as they did the day I first heard them sound
No they get better all the time, they become the things I live for more and more
I came up in a hive…”

The sleeve is a picture of Tim and his wife Vicki Hunter, a photo by Michael Dalquest the drummer of Silkworm and possibly taken in the tour van. This EP feels like a reflective homage to those years (when they were ‘In Season & Ripe’) and the love shared between Tim, Vicki, Andrew, Joel and Michael Dahlquist.

Bands are special formations of creativity, distilling the combined ideas and sweat of several people often who have met by chance into a new entity that exists in the moment, in the ether, on record and inside the minds of fans.

As the Silkworm documentary film ‘Couldn’t You Wait?’ illustrates, the fallout from Silkworm reaches far beyond the bands that grew out of the worm. It buzzes throughout the Electrical Forum, home to thousands of musicians, bands, labels, a distributor and the PRF BBQ Festivals. Many of them basking in the resplendent gama-glow of these hypernovic stars. You could call it a movement.

Mint Mile is a new wagon for Tim, but Andy is still riding shotgun by his side and some mighty handy fellas are in back. Long may they run.

Buy the EP physically or digitally from Comedy Minus One. Mint Mile can be found on Facebook.